On Wednesday 19 January, three Australian Army Boeing CH-47F 'Foxtrot' Chinook helicopters were noted passing through Rockhampton Airport.  It is believed that they were heading from Townsville to Brisbane to rendezvous with the Royal Australian Navy (RAN) Canberra-class landing helicopter dock ship HMAS Adelaide (L01), which is docked at Brisbane and heading to Tonga to assist after the eruption of the Hunga-Tonga-Hunga-Ha'apai volcano. 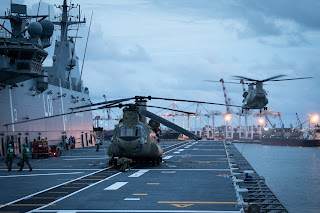 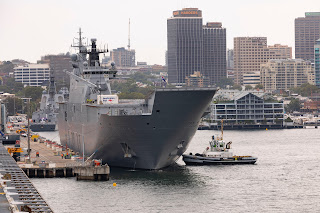 Landing Helicopter Dock HMAS Adelaide departed Fleet Base East at Garden Island in Sydney on Monday 17 January for Brisbane.
The three Chinooks are believed to have worn the serial numbers A15-307, A15-308 and A15-309 and looked to arrive into Rockhampton Airport for a refuel together as "Chainsaw".  It seems they later departed separately and ultimately all arrived in Brisbane - and possibly on the HMAS Adelaide (although this is not confirmed).
Of interest, a Royal Australian Air Force (RAAF) Boeing P-8A Poseidon Maritime Surveillance Aircraft and Lockheed C-130J Hercules transport aircraft have also recently departed Australia for Tonga to also assist with the recovery. 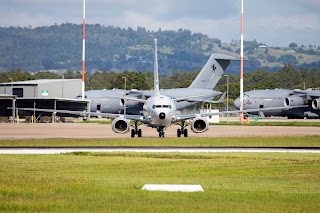