On Thursday 17 August, Fly Corporate (Corporate Air) SAAB 340B+ (WT) VH-VEP was spotted arriving and departing at Biloela / Thangool Airport on their scheduled Regular Passenger Transport (RPT) services from and back to Brisbane. 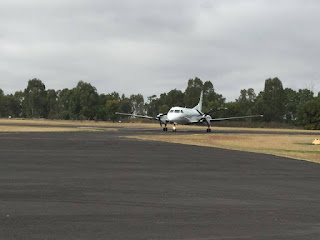 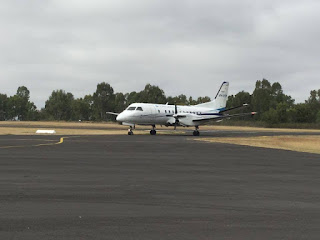 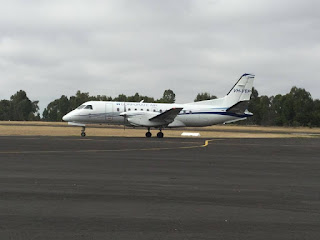 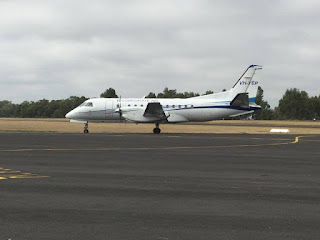 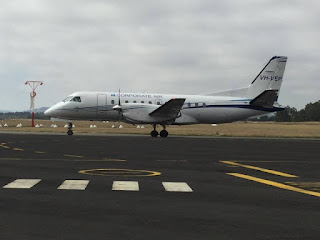 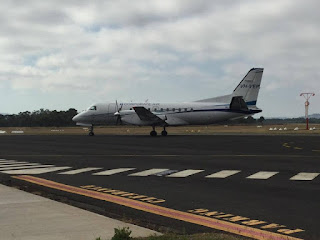 VH-VEP touched down at Bilo from Brisbane as flight FC443 and later returned there as FC444.

Since February this year, Fly Corporate (Corporate Air) has operated RPT services into Biloela / Thangool Airport from and back to Brisbane following the withdrawal of services by Qantas.

Meanwhile, a little earlier on Thursday 17 August, the early morning freight run into Biloela / Thangool Airport from Brisbane, which was operated by General Aviation Maintenance (GAM) Dornier DO 228-202 VH-VJE, was forced to divert to Gladstone Airport after fog and low visibility presented it from landing at Bilo.  It later continued from Gladstone Airport to Emerald Airport.

Finally, last Saturday 12 August, the locally-based Callide Dawson Flying Group (CDFG) held their monthly breakfast fly-in at Biloela / Thangool Airport with a nice variety of aircraft and aviators touching down to enjoy a great morning of catching up, along with the yummy omelettes! 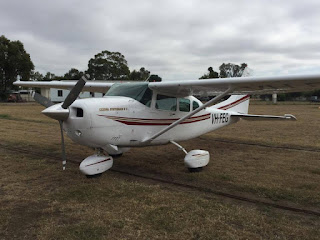 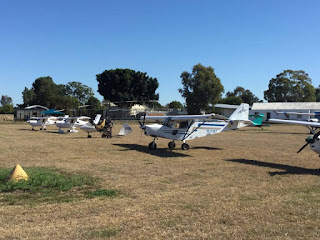 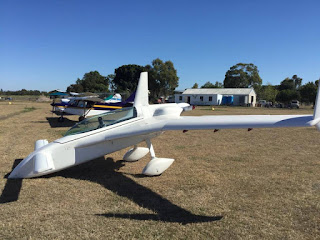 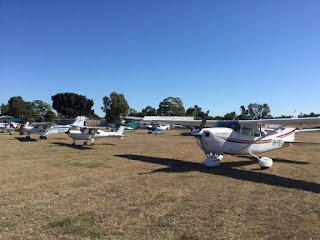 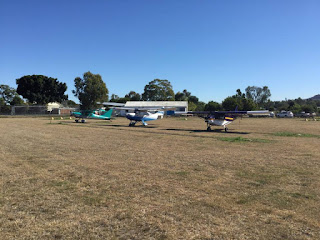 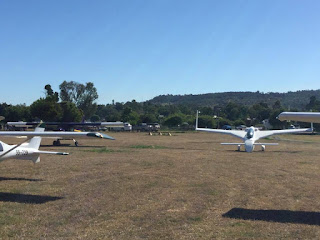 CDFG President, Chris Watson, has also given notice that Annual General Meeting (AGM) of the Callide Dawson Flying Game will be held on Saturday 9 September which will be the same day as the September monthly breakfast fly-in.

Nominations for committee positions will be accepted from two weeks prior, from Saturday 26 August.

Make sure these dates are in your calendar - it is important for the club.

Sincere thanks to Rolleston-based pilot Hayden Jones for taking the time to capture and send through these great photos from Biloela / Thangool Airport!

Photos taken by Hayden Jones and Brandon Giacomin  ©
Posted by Damian F at 10:00 AM