Here's one aircraft that CQ Plane Spotting hasn't seen for a little while! 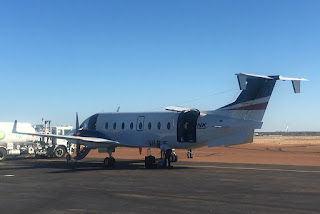 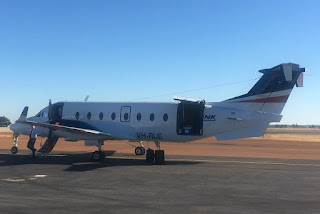 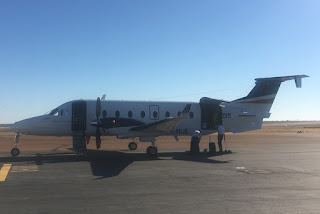 The previous day, it was noted operating scheduled services from Cobar via its Dubbo base in New South Wales to Sydney.

After staying for the night, on Wednesday 16 August, VH-RUE departed Longreach Airport Mount Isa and the RAAF Base Tindal in the Northern Territory.

As mentioned, Air Link is a Dubbo based subsidiary of Regional Express Airlines (REX).  It provides both charter and scheduled Regular Passenger Transport (RPT) services within New South Wales, most notably connecting Sydney with Dubbo and Cobar.

And  Alizzi Aviation Beech B200 King Air VH-ZOS also called into Longreach Airport on Friday 11 August, arriving from its Ballarat base in Victoria and later departing to Cairns.

All photos taken by Calen Harvey  ©
Posted by Damian F at 8:28 PM