Late on Tuesday 1 August, Pilatus PC-12s VH-PIU (of Melbourne VIP Charter / Pegasus Air) and VH-VTF (of Poolhurst P/L) were spotted on the ground at Emerald Airport. 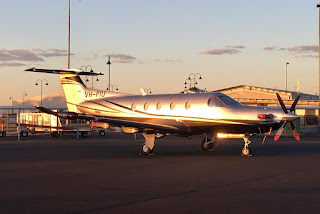 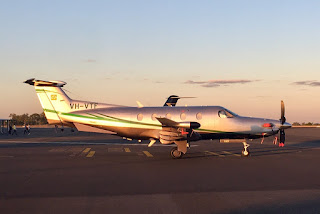 They seem to be flying together having departed Archerfield for Saint George on Monday 31 July before continuing to Emerald Airport earlier on Tuesday.

On Wednesday 2 August, both VH-PIU and VH-VTF departed Emerald Airport for Winton and will most likely continue to further ports later in the week.

On Wednesday 2 August, VH-MMC departed Emerald for Biloela / Thangool Airport before it continued back to the Sunshine Coast later in the day.