As we mentioned on our Facebook page earlier in the week, a pair of small United States Army (US Army) turboprop aircraft were noted arriving into Rockhampton Airport from Cairns and Darwin. 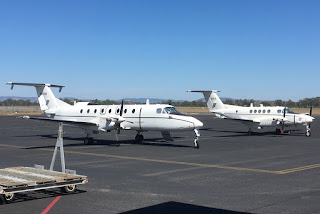 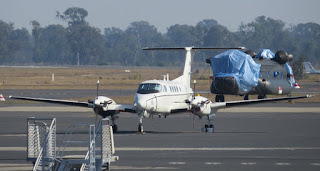 Information suggested that they were due to return to Cairns during the week but as shown, they remain at Rockhampton Airport and were moved to the Southern end of the parking apron on Saturday 26 August.

Of interest, both aircraft are flown by the 6th Battalion of the 52nd Aviation Regiment (6/52nd AVN) of the US Army.  It appears that they also spent some time flying with the United States Air Force (USAF).

Photos taken by ‘IAD’ and Kayanne Hardsman  ©
Posted by Damian F at 6:56 PM