Back in CQ once again on Monday 21 August was the Avcair (Earth Commodities) Cessna 550 Citation Bravo bizjet VH-CCJ.  It flew North from Brisbane and touched down at Gladstone Airport briefly before continuing North to Mackay Airport where it was spotted under grey skies. 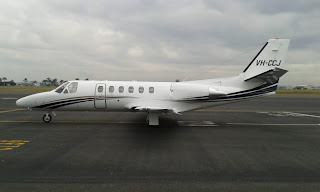 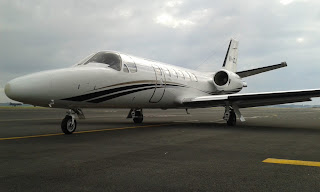 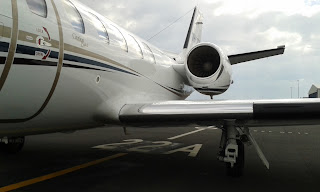 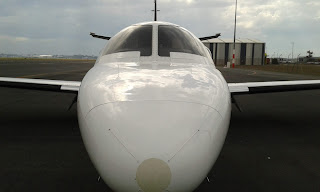 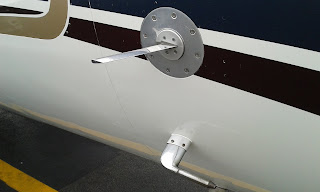 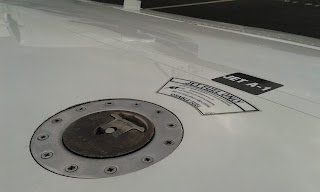 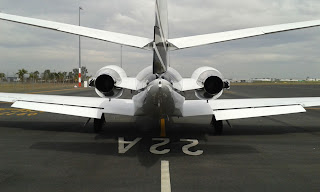 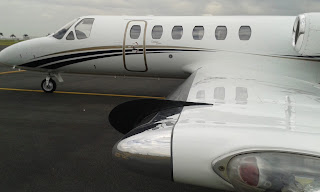 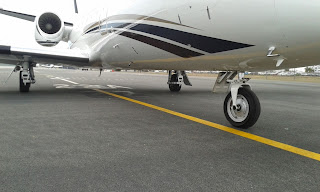 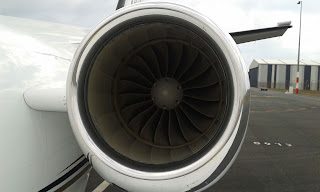 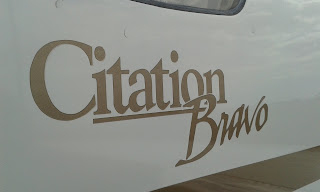 UPDATE!  As per its previous visits to CQ, VH-CCJ departed Gladstone Airport for Bundaberg Airport early on Tuesday 22 August.  It then returned to Brisbane.

Meanwhile, also arriving 'home' to Mackay Airport also on Monday 21 August was locally-based Embraer EMB-550 Legacy 500 bizjet N142GZ.  It touched down from Emerald Airport where it arrived from Brisbane on Sunday 20 August.  It had flown South to Brisbane from Mackay Airport last Thursday 17 August.