The Singapore Armed Force's Military Exercise Wallaby 2017 is expected to officially kick off later this week on Thursday 31 August.

All Republic of Singapore Air Force (RSAF) Boeing CH-47SD Chinook and Boeing AH-64D Apache helicopters have arrived into Rocky and on Sunday 27 August, local plane spotter 'IAD' was at the right place at the right time and captured some great photos as RSAF Chinook '88190' returned to Rockhampton Airport at the completion of one of its many test flights.  It was also heard to be using the radio callsign of "Concorde" - this callsign hasn't been heard at Rockhampton before! 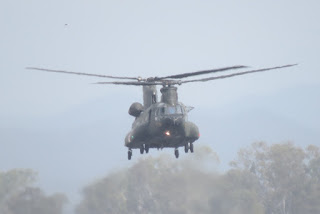 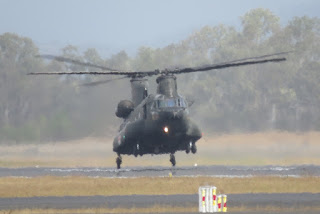 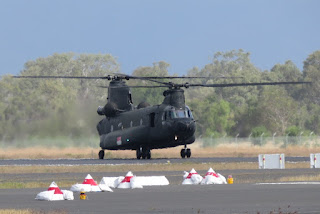 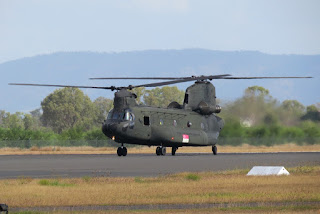 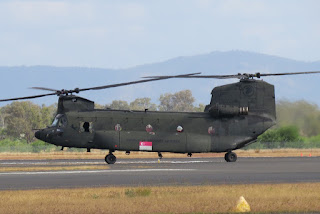 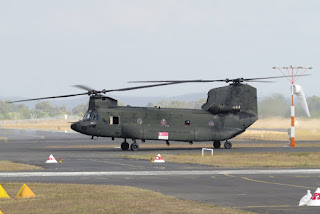 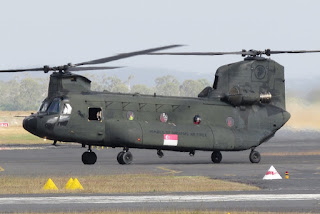 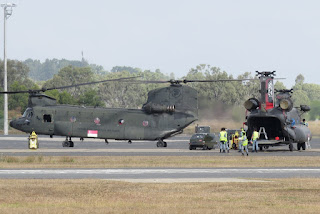 Of interest, the Chinook helicopters are flown by the RSAF's 127 Helicopter Squadron based at the Sembawang Air Base (SBAB) in Singapore.