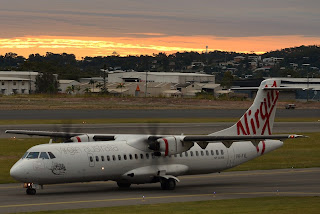 Another lovely day's plane spotting was had at Gladstone Airport on Wednesday 22 May, and Tash C was on hand to capture some of the action, as well as some interesting visitors to the Port City. 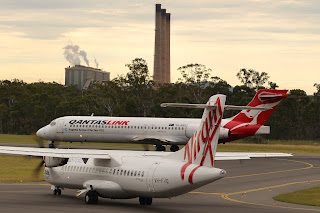 One of the more interesting - and certainly rarer - visitors into Gladstone was QantasLink Dash-8-200 VH-SDE which was photographed by Tash operating a scheduled return service into Gladstone from Brisbane as QLK2330/2333. 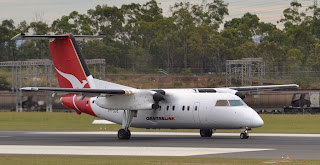 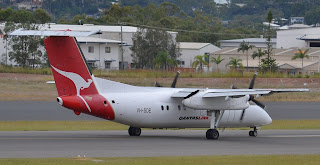 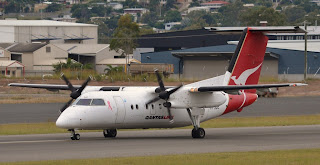 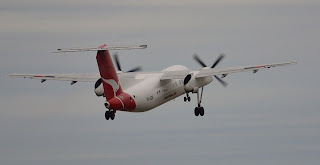 QantasLink usually operates the larger Dash-8-Q400 aircraft into Gladstone (as shown below), so capturing the smaller Dash-8-200 was certainly a treat.  These smaller Dash-8s are a more common sight in smaller airports such as Bundaberg, Roma and Charleville. 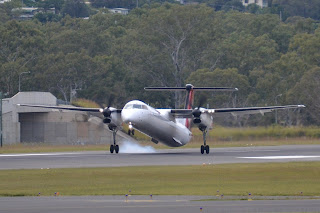 Also on Wednesday 22 May, QantasLink (Cobham Aviation) Boeing B717-200s VH-NXO and VH-NXJ were spotted at various times by Tash and they also operated their return flights between Brisbane and Gladstone. 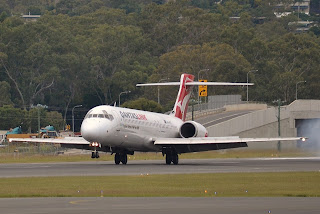 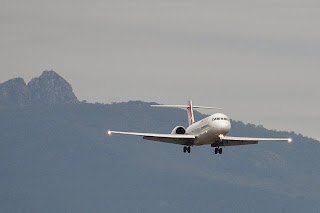 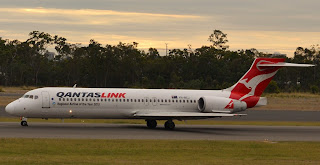 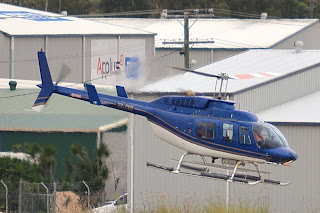 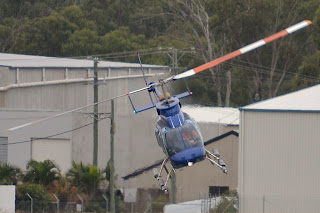 Visiting aircraft that were photographed at Gladstone Airport on Wednesday 22 May included DND Aviation Raytheon G36 VH-JKZ, which was captured preparing for departure to Redcliffe. 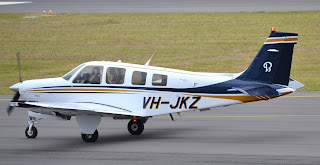 McNab Aviation Cessna 414A VH-FKH was spotted departing for its Toowoomba base.  It had arrived the previous day - see post below! 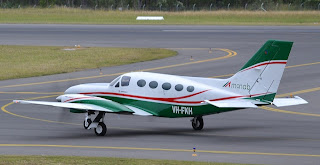 Rolleston-based Cessna 310 VH-XBB was also spotted departing to parts unknown.  It too had arrived the previous day. 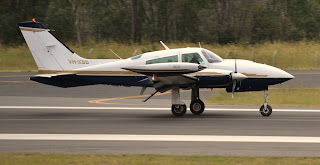 Lastly Channel Country Heliwork (of Blackall) Robinson R22 BETA VH-ELX was captured by Tash as it arrived at and later departed Gladstone Airport. 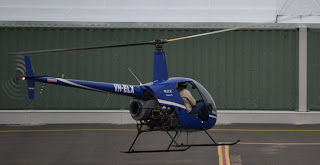 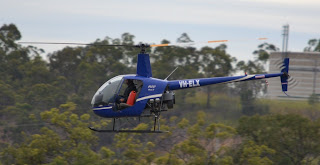 By the looks of it VH-ELX came to the Airport for fuel!

Sincere thanks to Tash C (with help from Jamie C) for sending through her great photos from a great day's plane spotting!