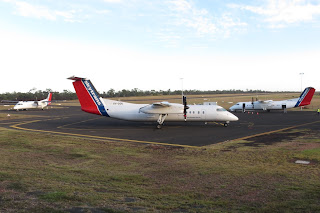 My local airport - Clermont Aerodrome - has been quite a busy little airport over the last few days starting over the weekend with a pair of Royal Flying Doctor Service (RFDS) King Air aircraft VH-FDB and VH-FDI - popping in over Sunday 27 May and Monday 28 May.

Also on Monday 28 May, I photographed Aero Commute Australia (ACA) Piper PA-34-220T VH-MRY shortly after it arrived from Gladstone - where Jamie C had earlier captured its departure! 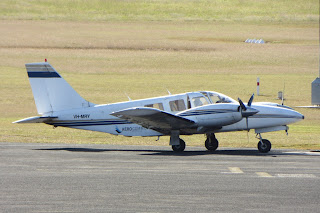 
Later on Monday 27 May, three Skytrans Airlines Dash-8-300 aircraft arrived on their now twice weekly (Monday and Thursday) Fly-in Fly-out (FIFO) flights from Brisbane and the Sunshine coast.  The three aircraft - VH-QQM VH-QQN and VH-QQP - all stayed overnight and were photographed early on Tuesday 28 May as they prepared for departure back to Brisbane and the Sunshine Coast. 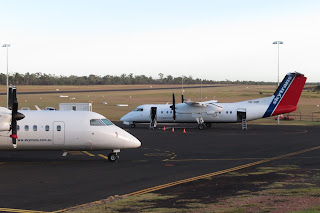 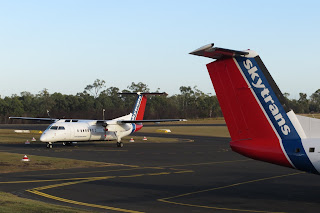 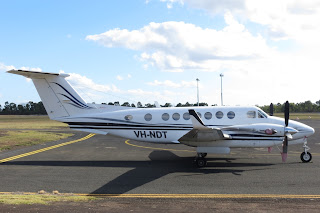 The Super King Air was actually making its third visit to Clermont this week, having flown in from the Sunshine Coast on Monday 27 May before departing for, and overnighting at Emerald Airport. VH-NDT returned to Clermont early on Tuesday 28 May and departed for the Sunshine Coast, returning from there later in the day and staying overnight at Clermont.
Posted by Damian F at 2:05 PM