Local plane spotter Michael F enjoyed a great hour or so at Gladstone Airport on Sunday 19 May, capturing a nice mix of commercial jet aircraft plus a couple of helicopters.

The star arrival was Virgin Australia Embraer E-190 VH-ZPQ which touched down late morning as VOZ1711. 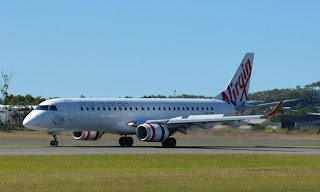 As VH-ZPQ taxiied to its parking gate, the Gladstone-based Careflight Rescue Bell 412EP helicopter VH-XCY was captured by Michael as it departed for parts unknown. 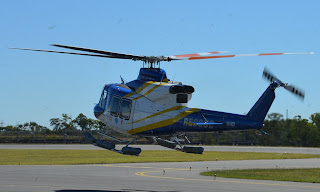 Michael also captured some lovely images of Robinson R-44 VH-DQA of Forster Helicopters in Charters Towers as it arrived from parts unknown. 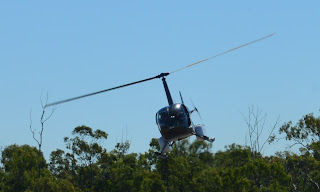 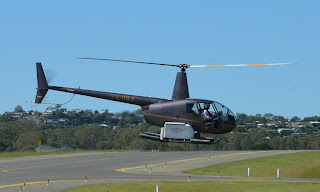 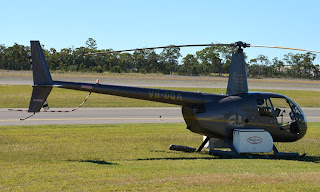 Later, Michael captured the arrival of QantasLink (Cobham Aviation) Boeing B717-200 VH-NXJ as it touched down from Brisbane as QJE1712. 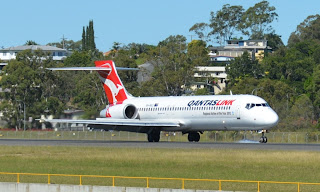 By this time, VH-ZPQ taxiied out for departure back to Brisbane as VOZ1714. 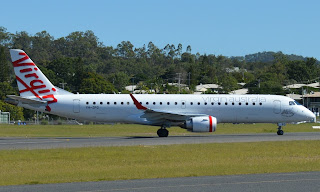 Lastly, Eurocopter EC135-T1 VH-ZGI was captured departing Gladstone on Sunday 19 May.  The chopper travels all over the Central Queensland coast being noted at Mackay and Rockhampton at other various times. 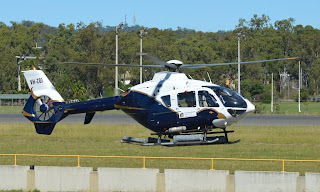 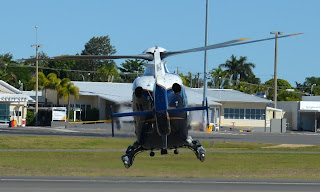 VH-ZGI wears Marine Safety Queensland titles and predominantly used for pilot transfers to and from ships in various harbours and ports.

Sincere thanks to Michael F for sending through his photos of his very enjoyable spotting session on Sunday - and thanks for his patience during his technological difficulties during the afternoon!