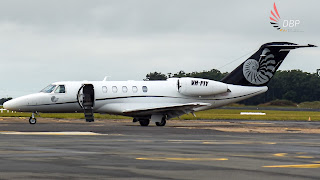 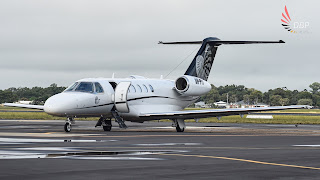 It looked to arrive from the Sunshine Coast and then later depart to Brisbane.
UPDATE!  On Sunday 8 May, VH-PIY returned to Bundaberg Airport from Brisbane before then later returning to its Sunshine Coast base.
Meanwhile, also on Saturday 7 May, New M. D. H. P/L (Cloncurry) Pilatus PC-12/47E VH-MDH flew across from Cloncurry to Mackay Airport before then flying down to Keeroongooloo.
UPDATE!  On Sunday 8 May, VH-MDH departed Keeroongooloo and called into Moranbah and then Mackay Airports before then returning 'home' to Devoncourt Station.
While Victoria-based Cirrus SR22T VH-EPG flew up from Archerfield to Hamilton Island Airport.
UPDATE!  On Thursday 12 May, VH-EPG departed Hamilton Island Airport and flew all the way down to Tamworth.
Finally, on Saturday 7 May, Kirkhope Aviation (of Melbourne) Beech B200 King Air VH-ZOK flew up from Melbourne (Moorabbin) and Broken Hill to Windorah and then Winton.
Sincere thanks to Dan B from Dan Beck Photography for allowing us to share these great photos!