As mentioned, I recently popped over to Perth for a couple of days with the intent of capturing some images of some of the many and varied aircraft - military and civilian - that have been flown there to assist in the aerial search for the missing Malaysia Airlines MH370 Boeing B777-200 9M-MRO. 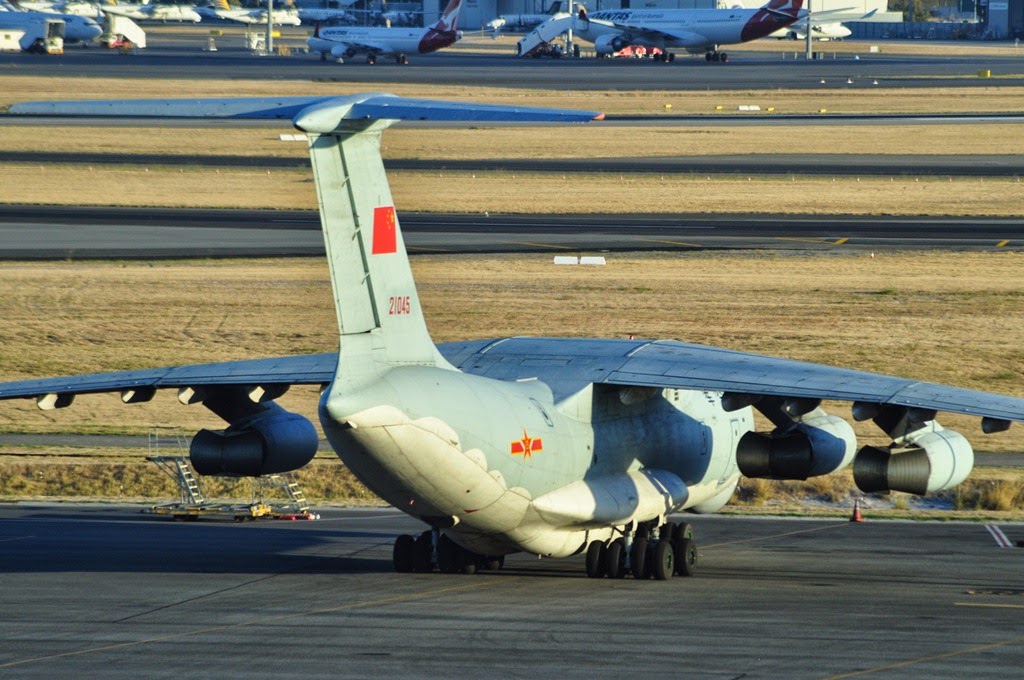 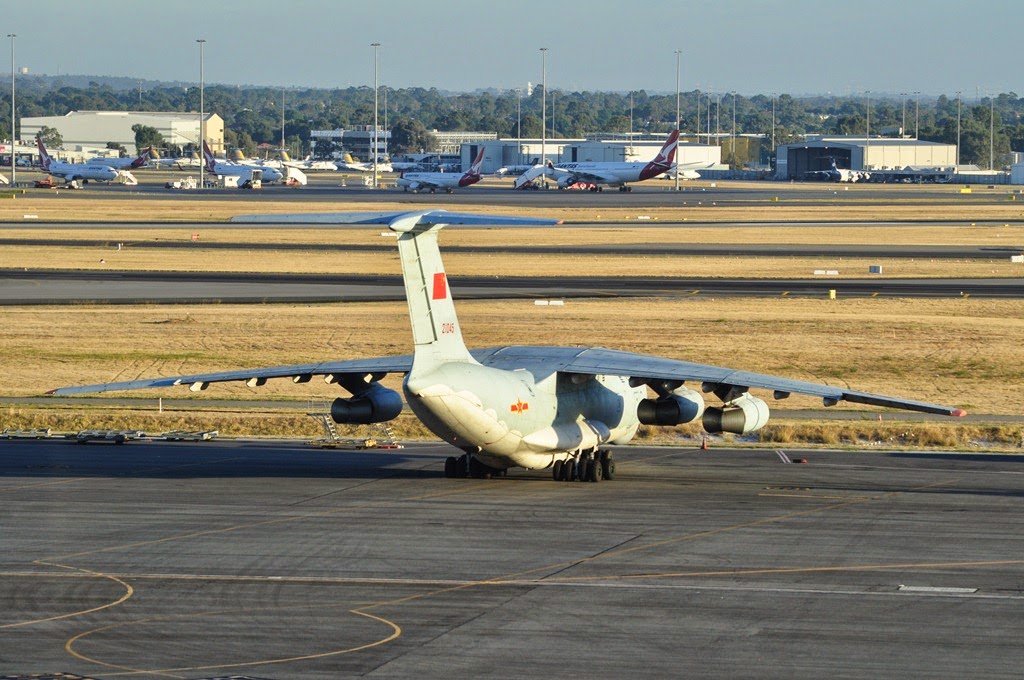 One of the two IL-76's flew almost daily sorties out of Perth Airport, often departing before dawn to fly to the search area, and returning in the early part of the afternoon. 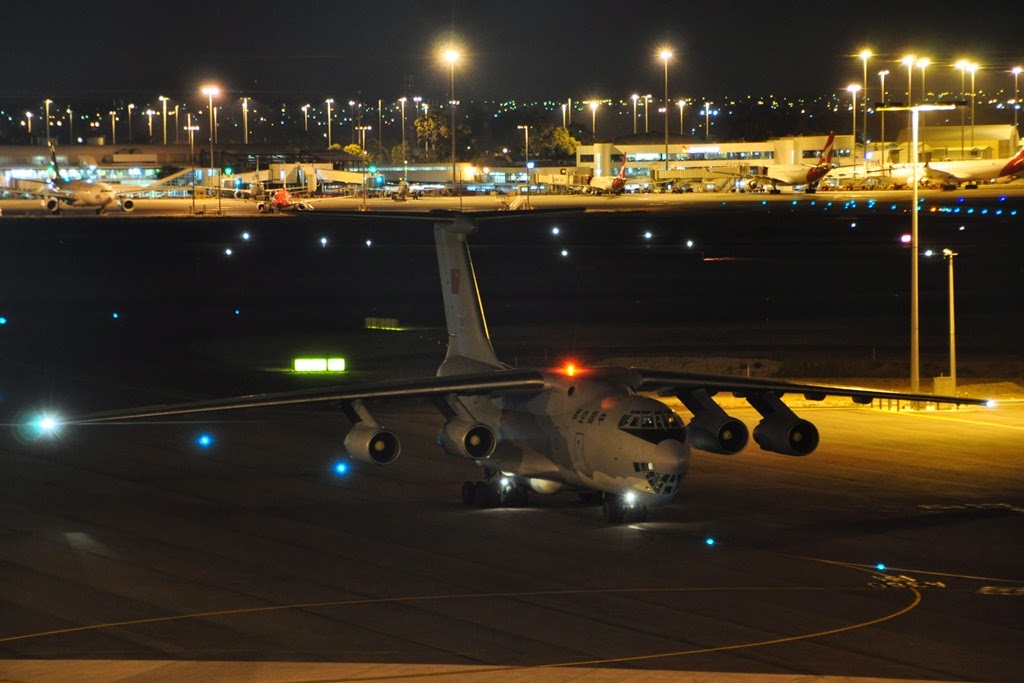 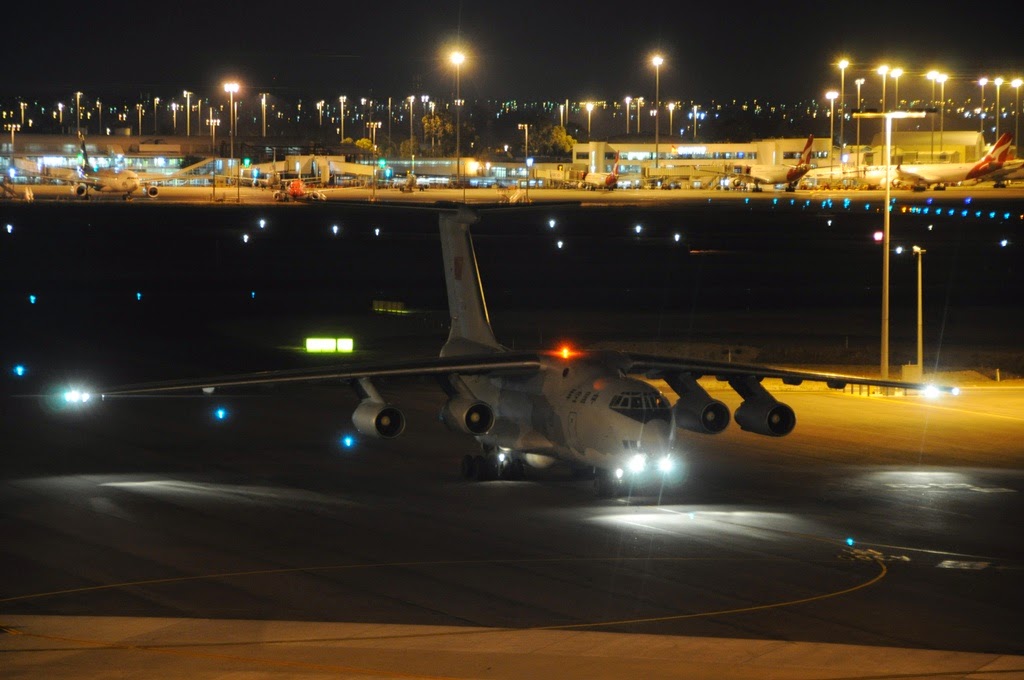 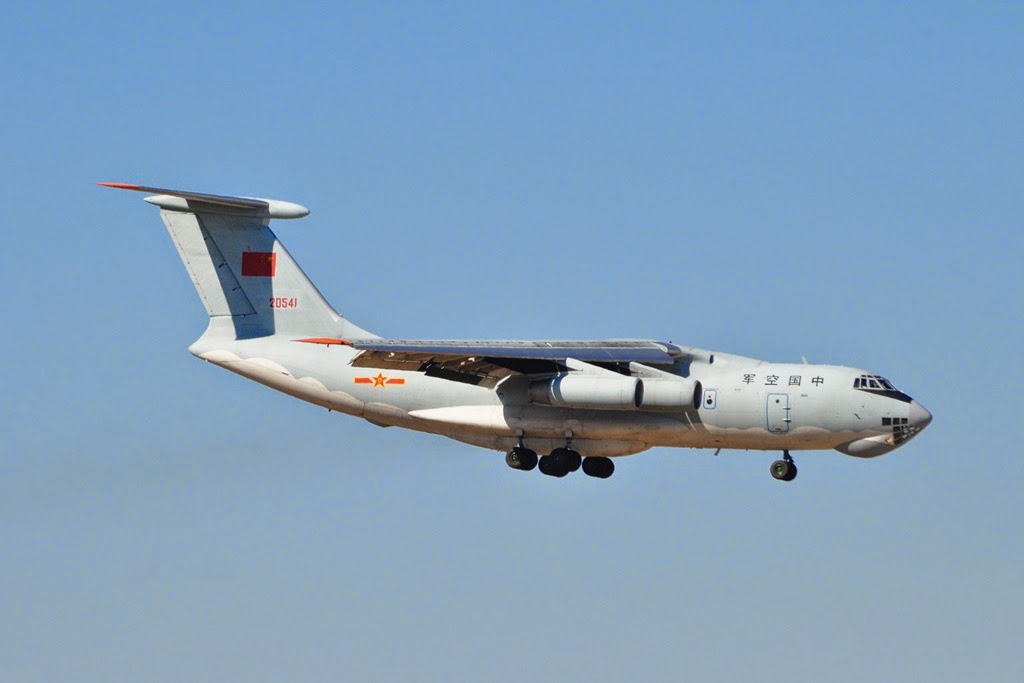 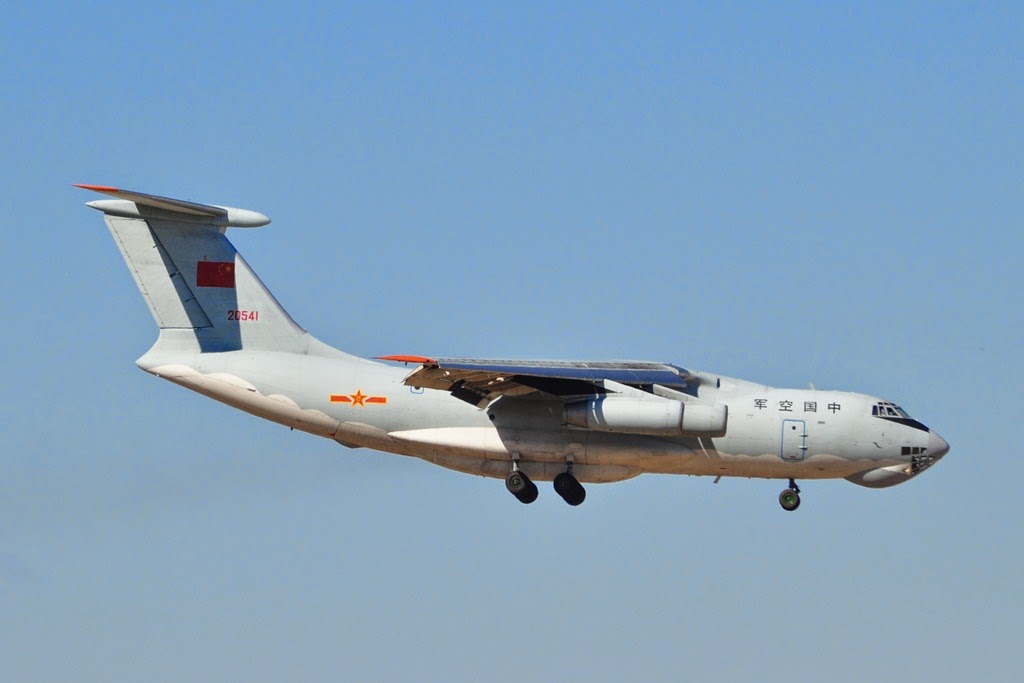 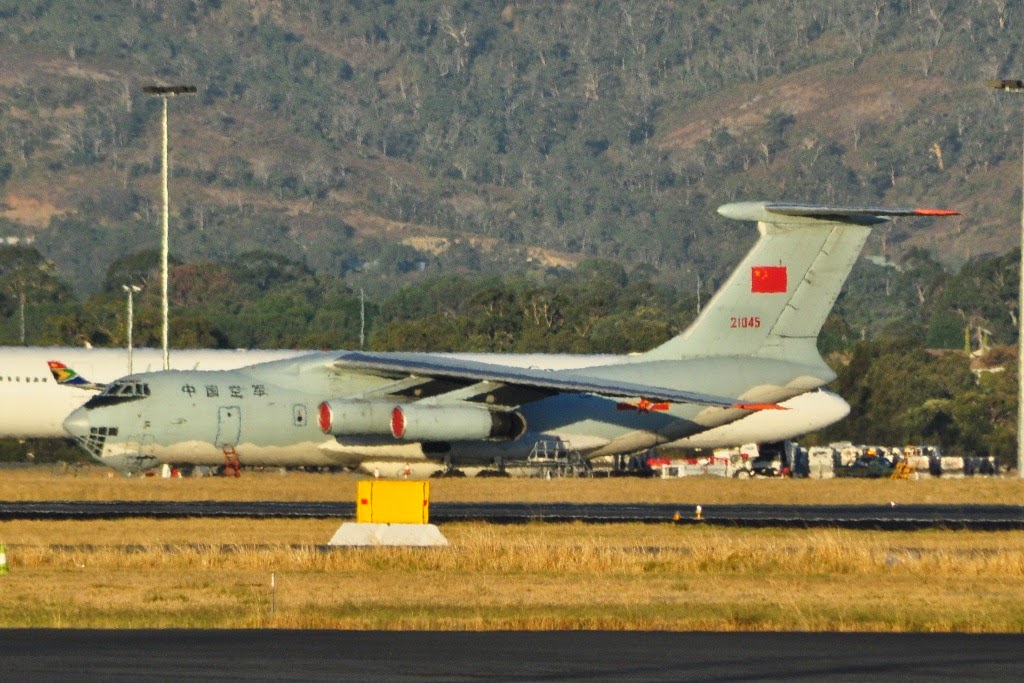 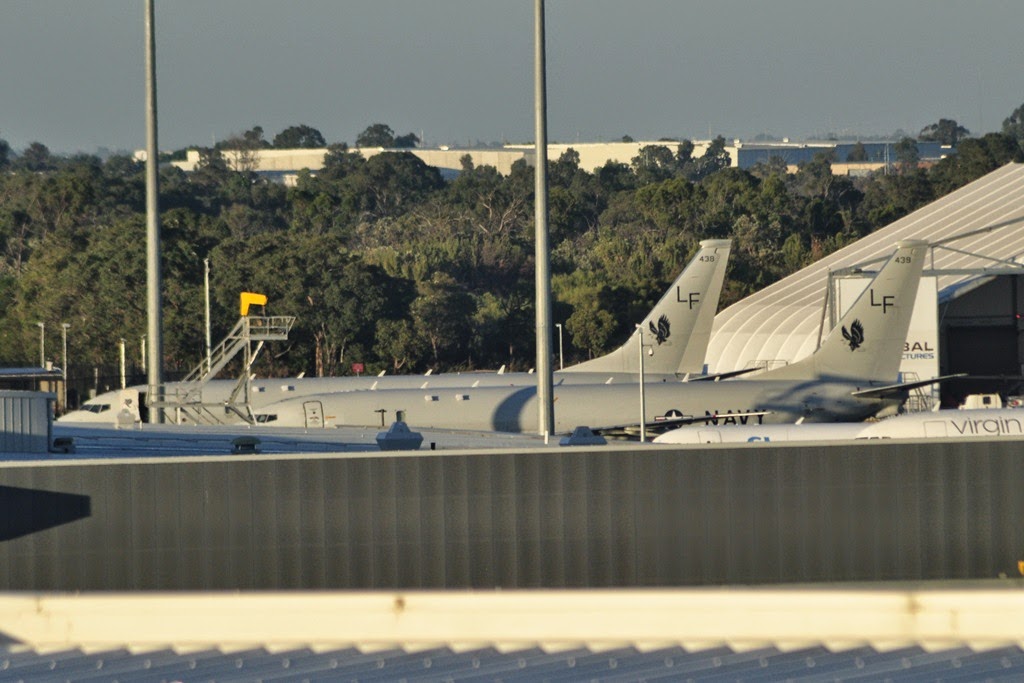 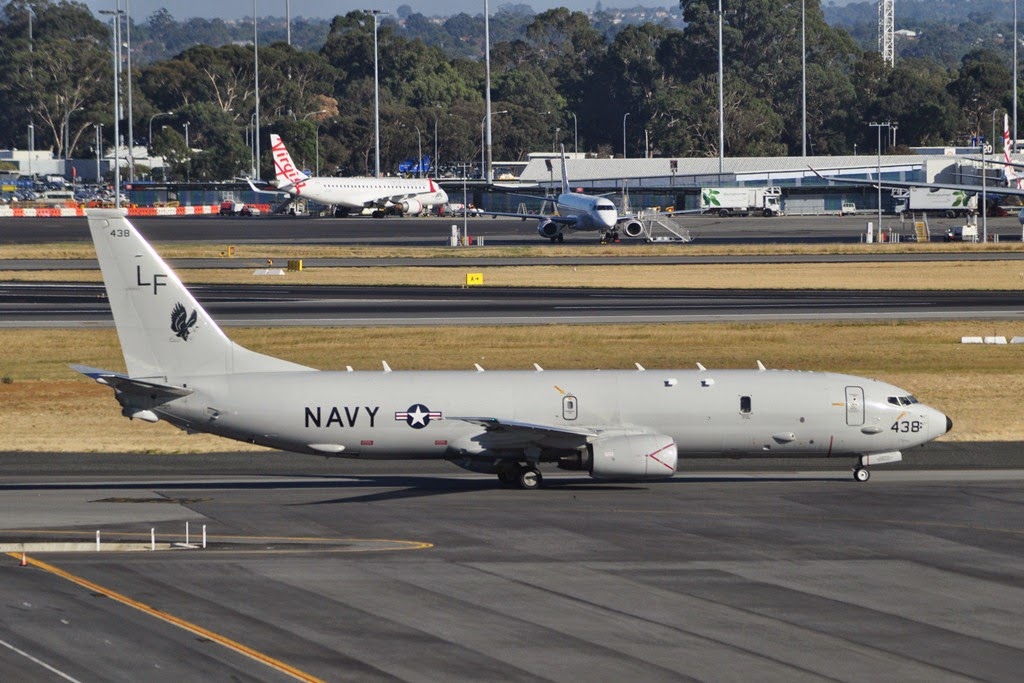 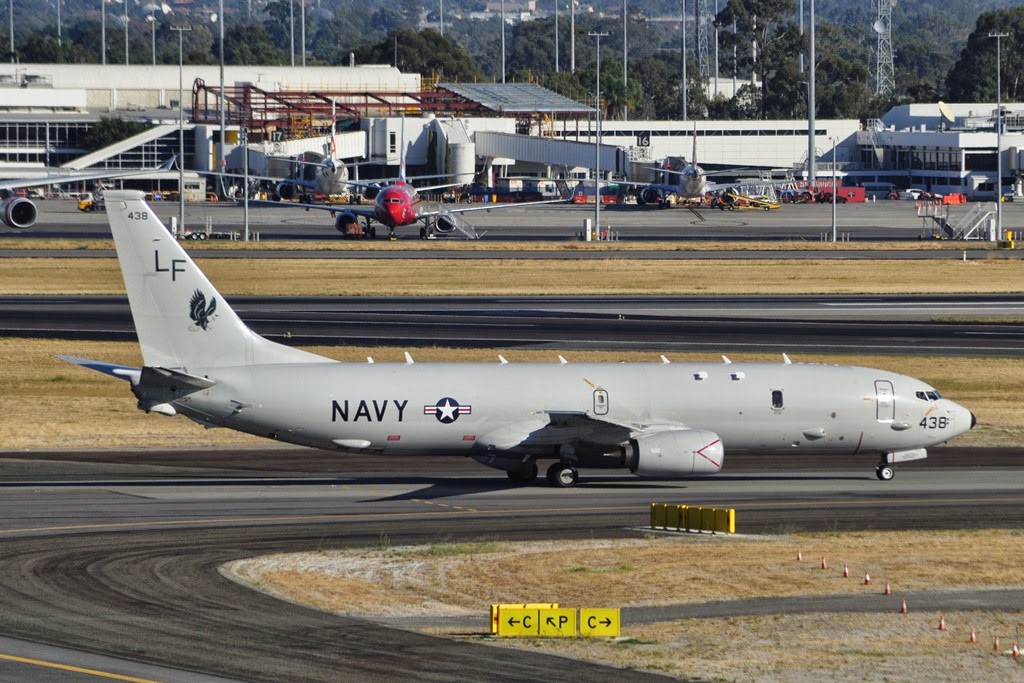 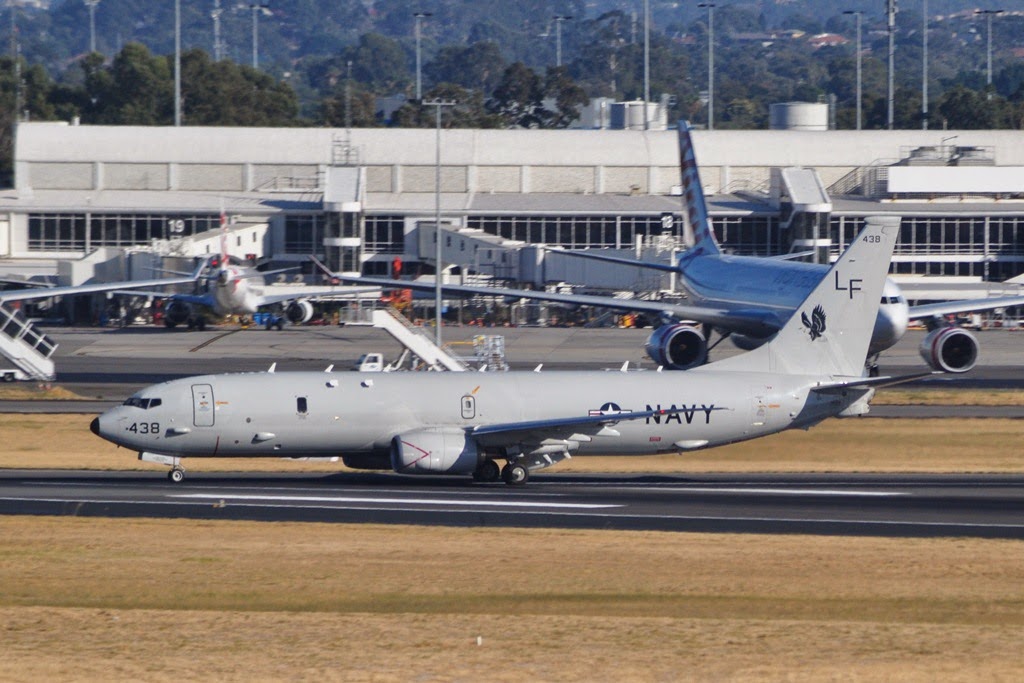 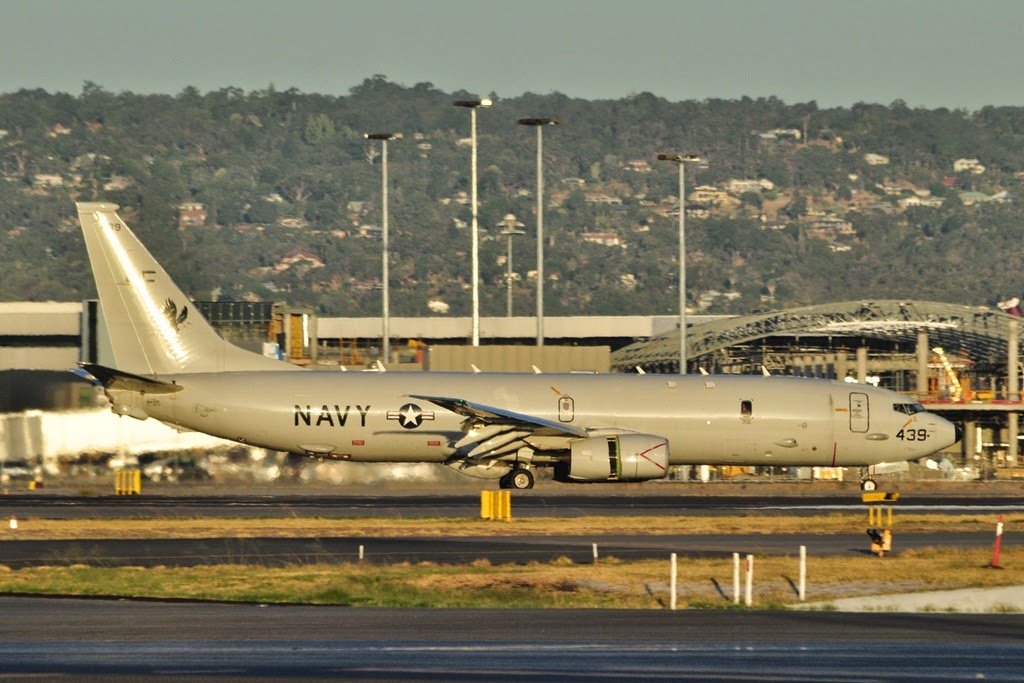 Both the IL-76s and P-8s were unable to operate from the nearby Royal Australian Air Force (RAAF) Base Pearce, where the majority of the other search and rescue aircraft were operating from.  RAAF Boeing B737-7ES / E-7A Wedgetail Airborne Early Warning & Control (AEW&C) aircraft were also operating out of Perth for a period of time, although these had 're-deployed' North to RAAF Base Learmonth. 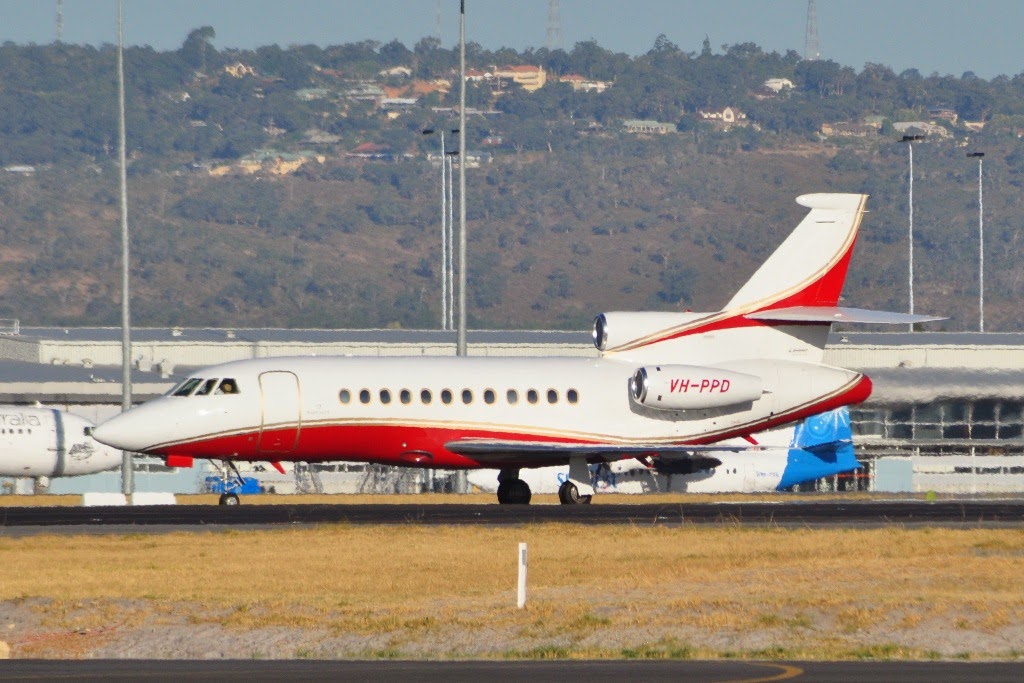 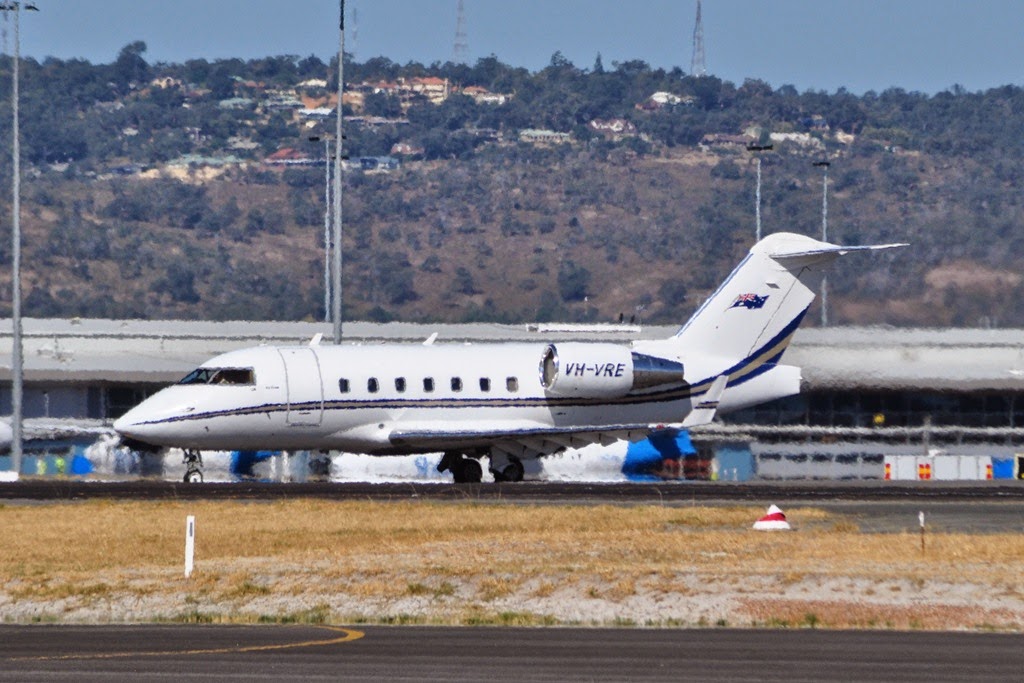 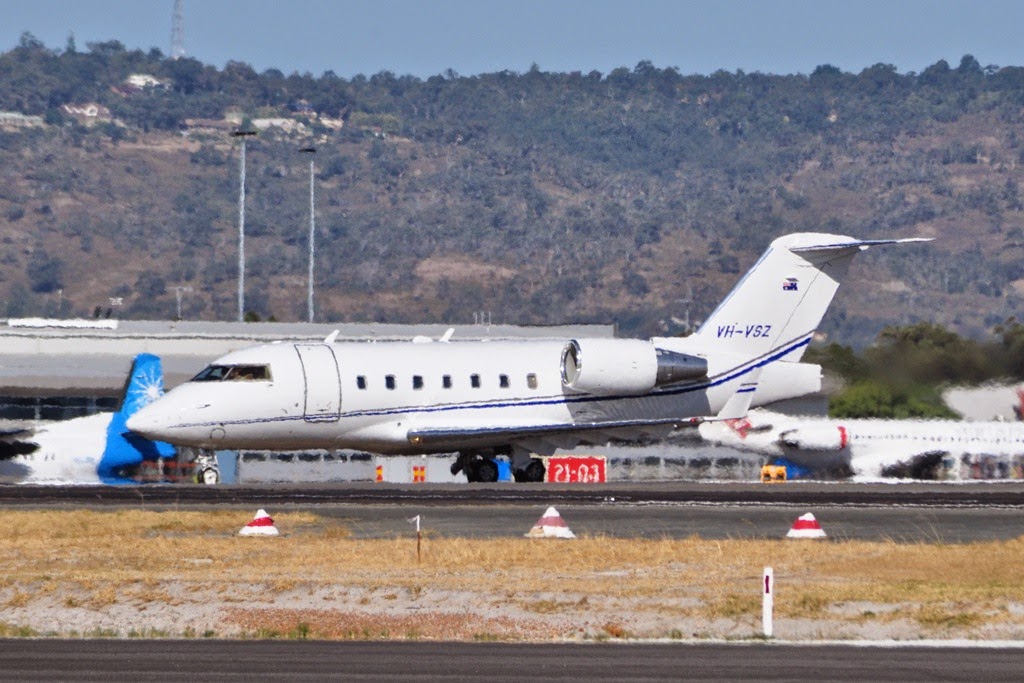 Operating aircraft out of Pearce were confined to Hercules and Orion turbo-prop aircraft, with several examples from overseas defence forces.  I managed to squeeze in two visits to the nearby town of Bullsbrook and took the opportunity to capture some images as the visiting search and rescue aircraft departed on sorties to the search area.

The first aircraft I spotted departing early in the morning was Lockheed P-3C-III+ Orion - serial 950905 - of the Republic of Korea Navy, 613 Navy Squadron, based at Pohang Air Base, South Korea.  It was using the radio callsign of "Rescue 86". 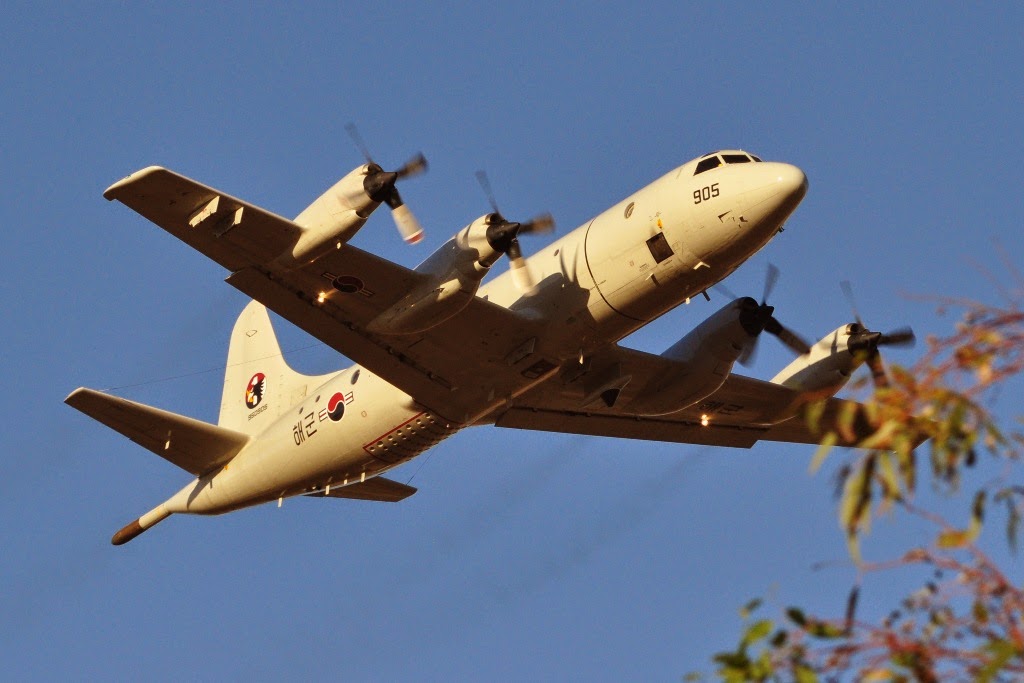 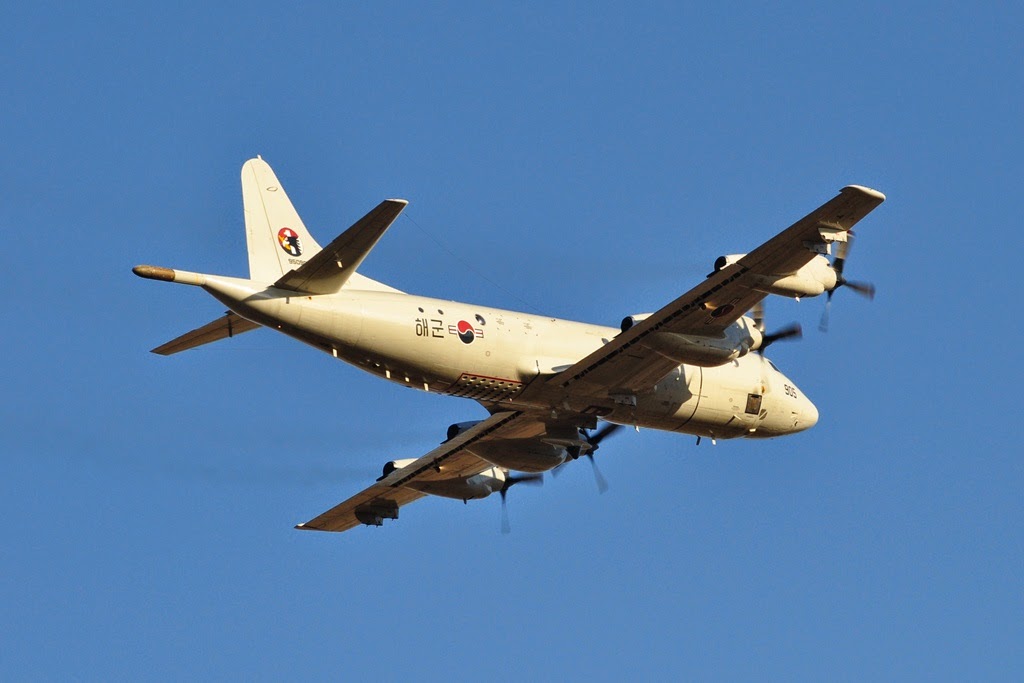 Over the course of the search and rescue mission, a Republic of Korea Air Force Lockheed C-130H Hercules - serial 05-183 - was also noted being based at Pearce.

Later in the morning, a pair of Royal Malaysian Air Force Lockheed C-130H-30 Hercules of the 20 Squadron, based at Subang Air Base, Malaysia, were noted departing to the search zone.  The Hercs - M30-12 "Rescue 281" and M30-16 "Rescue 282" - departed in quick succession on an almost daily basis. 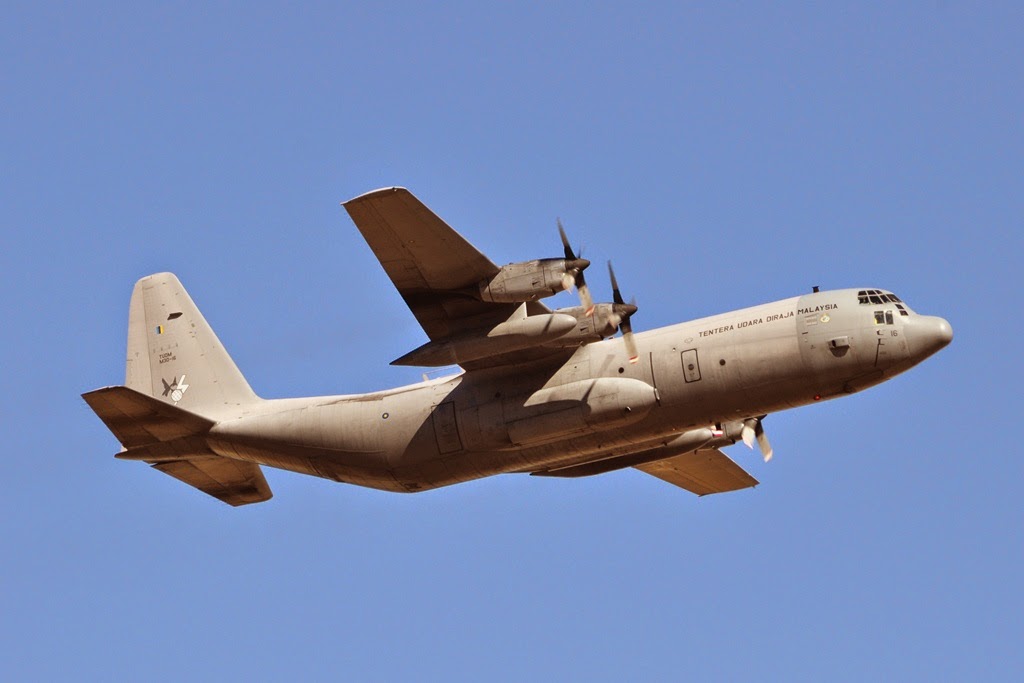 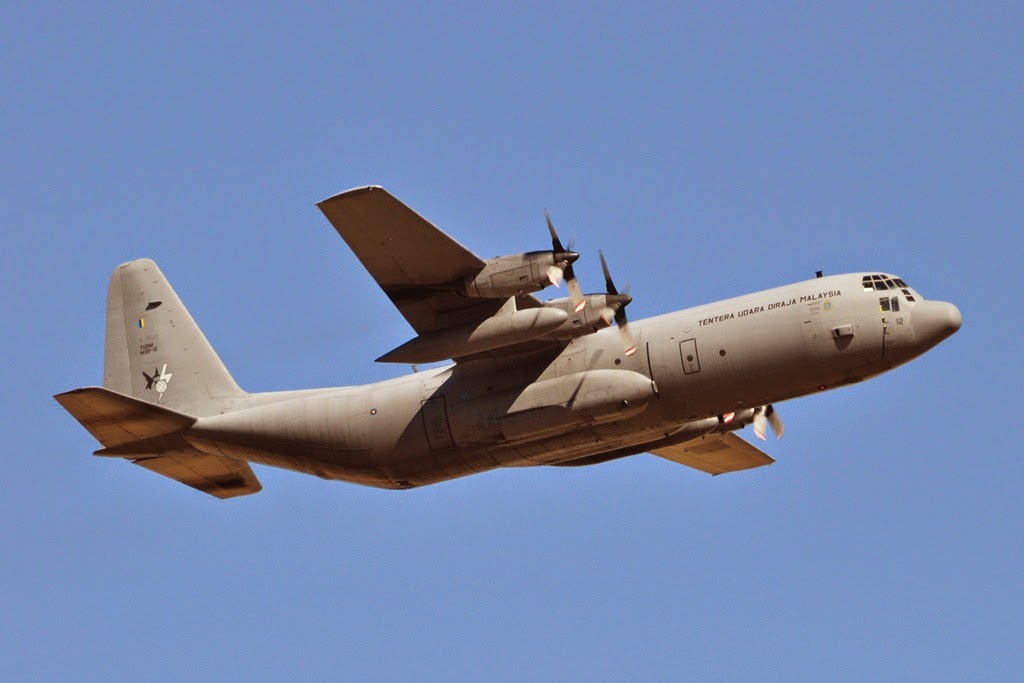 Later still, one more international visitor in the form of Lockheed (Kawasaki) P-3C-II½ Orion - serial 5056 - of the Japan Maritime Self Defence Force, 5 Kokutai, based at Naha Air Base, Okinawa, Japan, was captured departing Pearce as "Rescue 931". 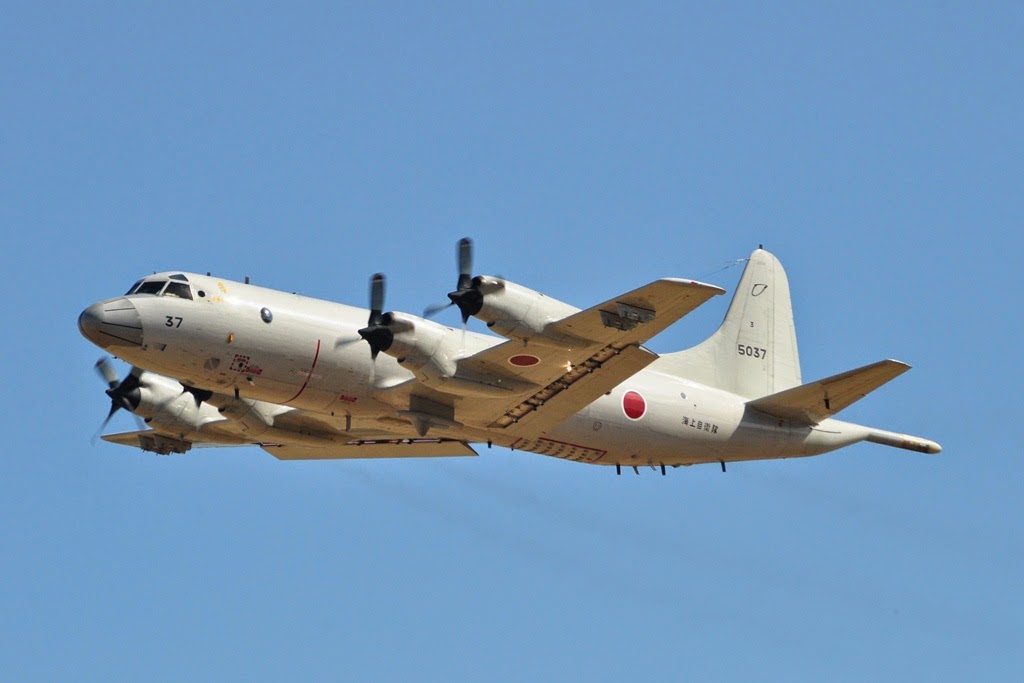 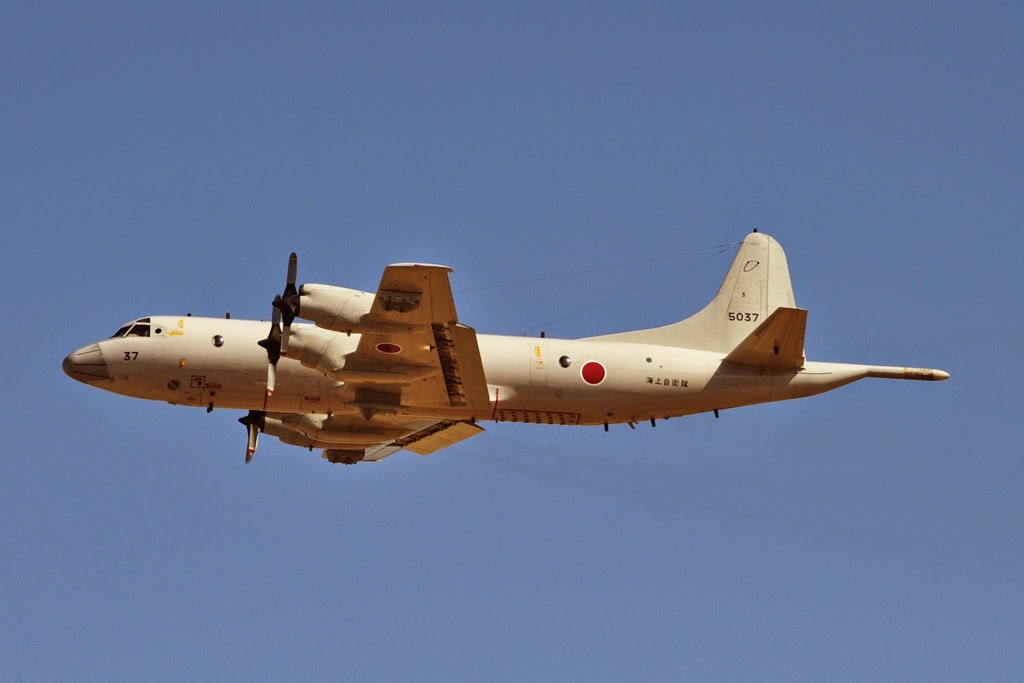 5056 was one of four Japanese Orions to be based at Pearce over the period of the search along with Gulfstream Aerospace U-4 (G-V) JA500A / LAJ500 “Umi Washi” (Sea Eagle) of the 683 Japan Coast Guard, 3rd Region, based at Tokyo-Haneda Airport, Japan, which visited for a short time.  This is a maritime patrol version of the G-V, and is equipped with a Thales high performance maritime surveillance radar and FLIR system.

Finally, there has also be a good mix of Australia Defence Force (ADF) aircraft ranging from RAAF Super King Air aircraft through to Boeing C-17A Globemaster III transport aircraft including A41-211 which I captured arriving into Pearce from RAAF Base Richmond in New South Wales, and later departing to RAAF Base Amberley. 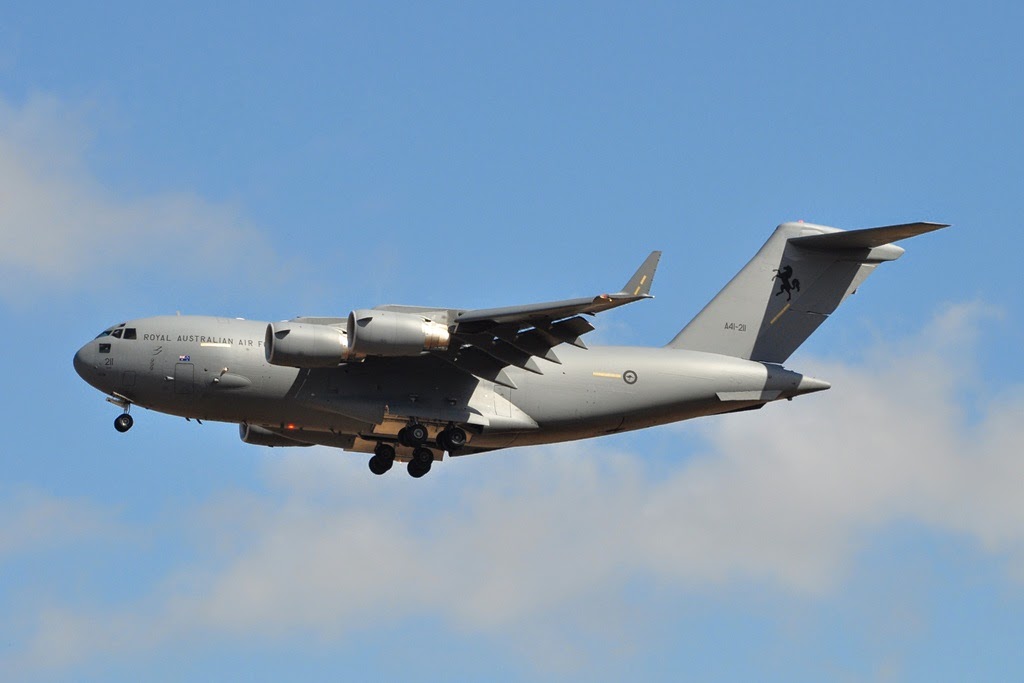 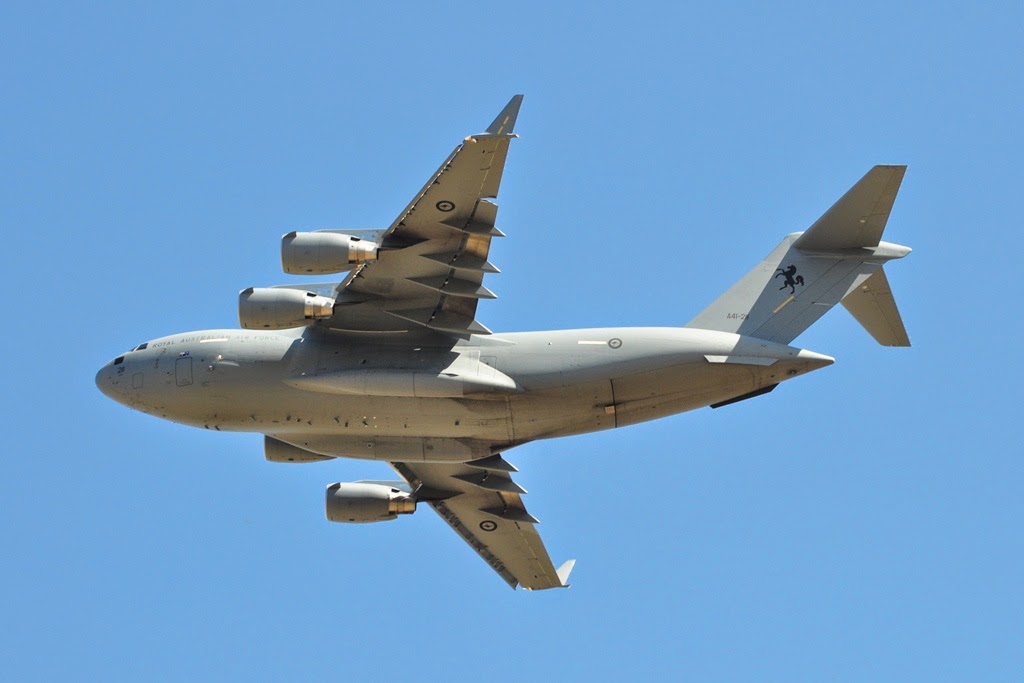 Perhaps the workhorse of the search and rescue mission though have been the eight RAAF Lockheed AP-3C Orion aircraft of 10 & 11 Sqns from RAAF Base Edinburgh, South Australia, which have been flying out of Pearce on a daily basis. 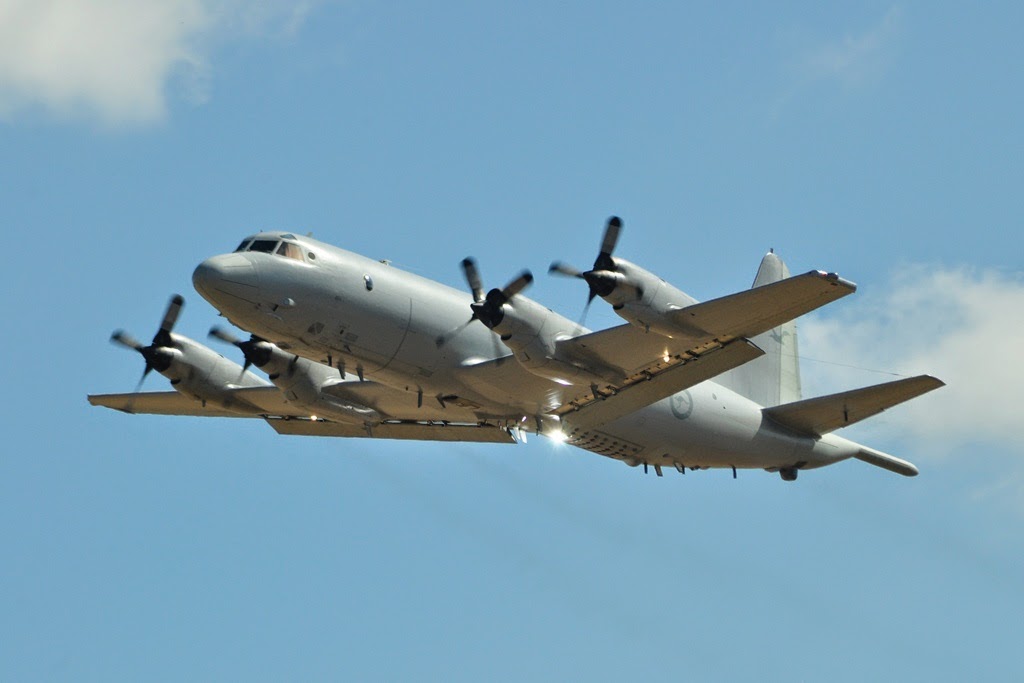 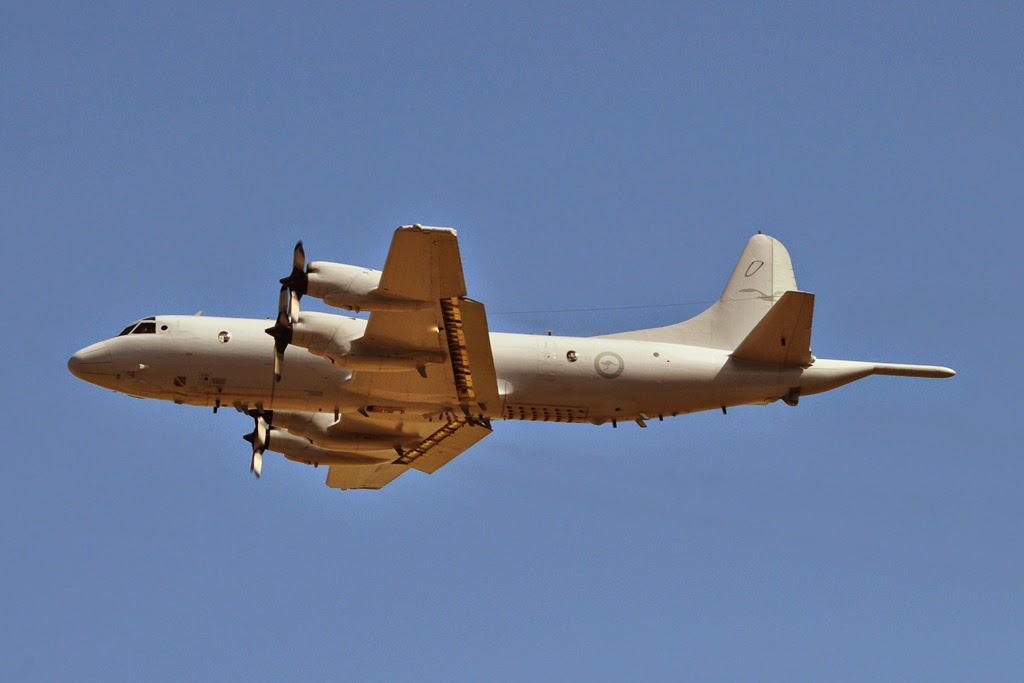 Radio callsigns used include "Rescue 102", "Rescue 103", "Rescue 104" and "Rescue 105".  The RAAF Orions have been rotated through Pearce to keep flight hours balanced throughout the fleet, due to higher than normal utilisation on search operations.

It was truly a wonderful time in Perth, and up the road near Pearce, capturing some truly wonderful and unique aircraft.  We of course shouldn't forget that their mission to locate the missing Malaysia Airlines aircraft continues, and as announced this week, the aerial search is being significantly scaled back to the point that some aircraft have already returned to their home bases.  Reports suggest that RAAF Orions will remain at Pearce on standby to fly out over the Indian Ocean should the need arise.

Our thoughts and prayers remain with the family and friends of those onboard MH370.
Posted by Damian F at 7:00 AM