Another Day Another RAAF Airbus KC-30A MRTT Over Rockhampton - And an Army Blackhawk too!

Another day another Royal Australian Air Force (RAAF) Airbus A330-203 / KC-30A (MRTT) has conducted a missed approach at Rockhampton Airport.  This time A39-003 was captured on climb out by local plane spotter Kayanne H on Thursday 15 May. 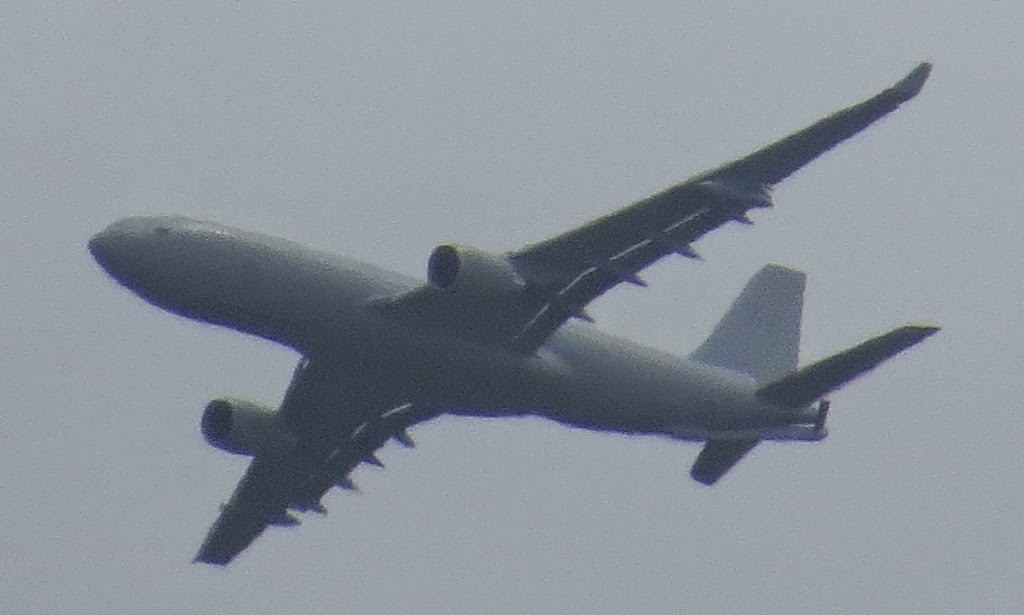 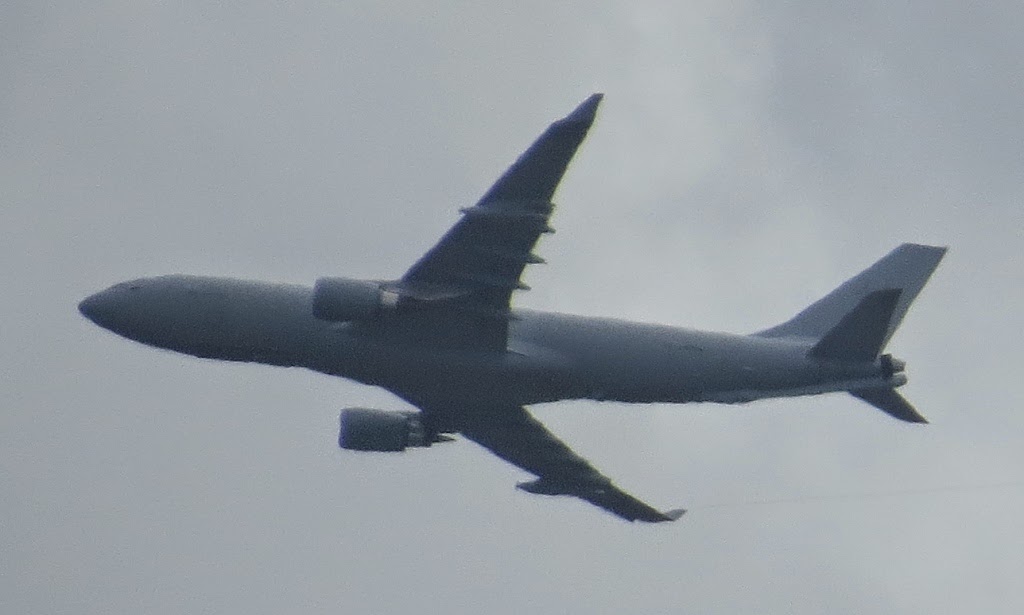 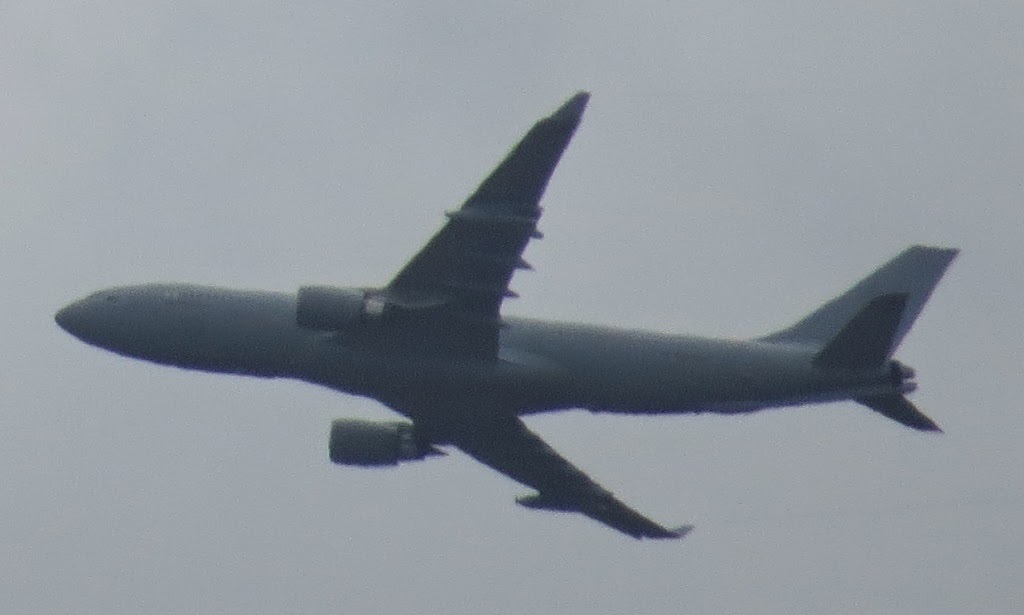 A39-003 had earlier flown from Darwin via Cairns, and later overflew Emerald and Central Australia before returning to Darwin.  It was heard to be using the radio callsign of "Dragon 03".

Meanwhile, Australian Army Sikorsky S-70A-9 Blackhawk Helicopter A25-101 was believed to have called into Rockhampton Airport on Thursday 15 May, with a helicopter sighted departing Rocky Airport for the North, and the radio callsign "Redback 101" heard by local spotters.

All photos taken by Kayanne Hardsman  ©
Posted by Damian F at 11:48 PM