A Few Spottings From Rockhampton Airport on Friday 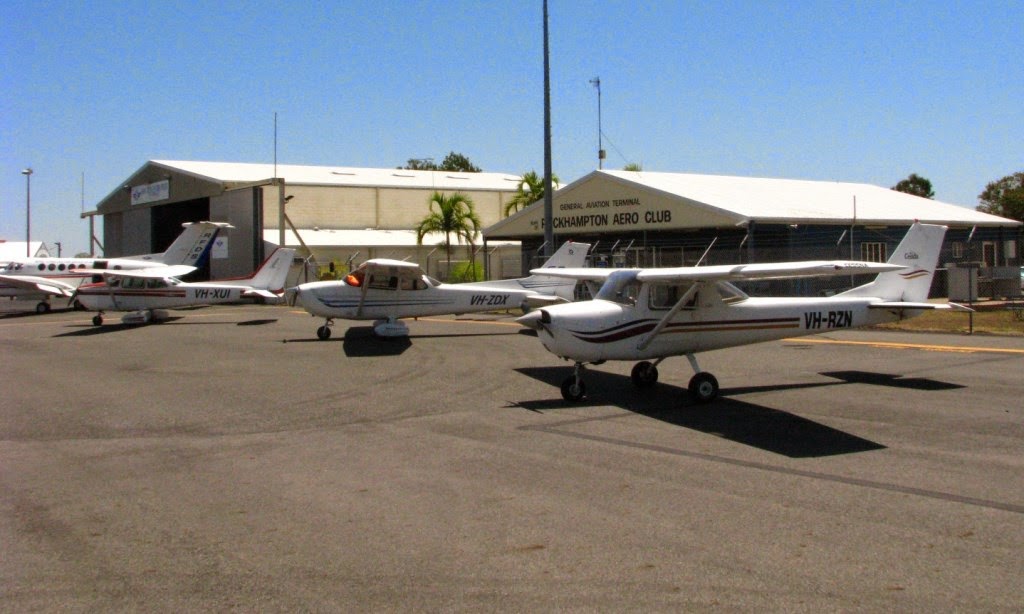 The Rockhampton Aero Club owns and operates a few light aircraft for flight training and other general charter work.  Parked on the apron directly in front of the Club building were Cessna 150 VH-RZN, Pilatus Britten-Norman BN2A-8 Islander VH-SLM (or 'SLIM' to the locals), Partenavia P.68C VH-XLI, Cessna 172 VH-XBM and Cessna 172 VH-XUI.

A recent arrival to Rockhampton Airport has been Cessna 206 VH-PGJ, which is still showing as being owned by Horizon Airways in Mackay - indeed we noted that the aircraft still wears a sticker on its tail for 'Keswick Island Aviation' from the days when it operated transfers from Mackay Airport to nearby Keswick Island.

Atlass Aviation is a locally company and owns and operates a fleet of three aircraft including Cessna 206 VH-JEK.  VH-JEK also operates as a fire spotting aircraft during the bushfire season.

Another Piper aircraft - this time PA-28-140 Cherokee VH-MJP is owned in Biloela.


Lastly, Brisbane-based Pilatus PC-12/47E was seen.  The lovely looking corporate turbo-prop was visiting for the day.
Posted by Damian F at 7:57 PM