Several highlights at Central Queensland airports on Saturday 30 June that are worth mentioning.

At Rockhampton Airport, all four of the 'resident' Royal Australian Air Force (RAAF) Brittish Aerospace (BAe) Hawk 127 jets departed and returned on sorties up to the Shoalwater Bay Military Training Area (SWBTA).  Pictured below operating throughout the day are: 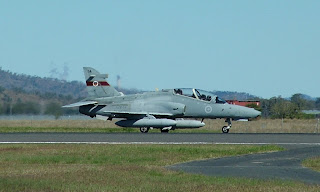 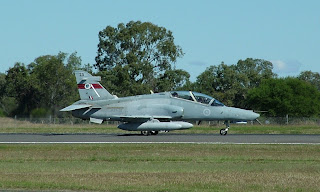 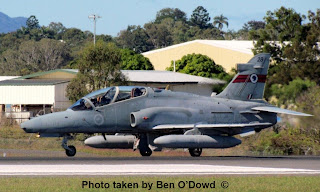 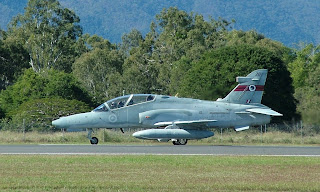 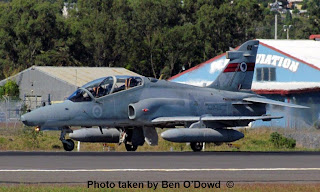 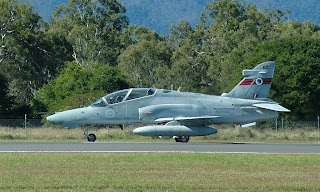 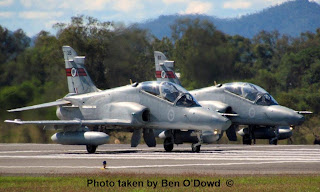 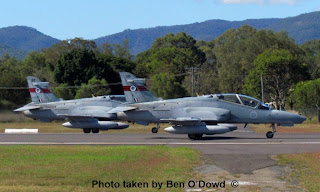 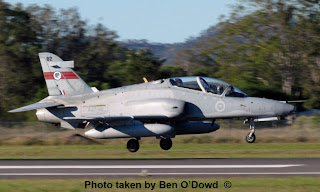 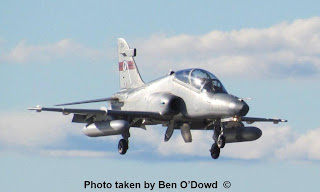 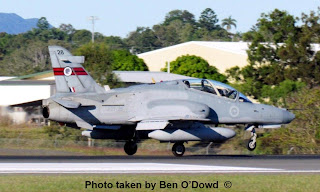 Another Australian Army marked MRH-90 Multi-Role Helicopter made an appearance at Rockhampton Airport on Saturday 30 June. 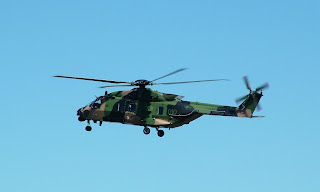 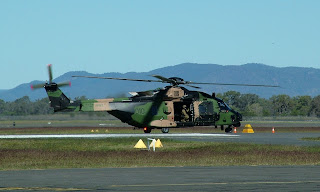 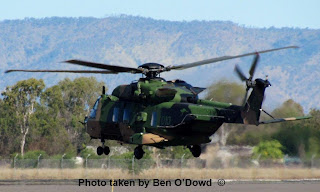 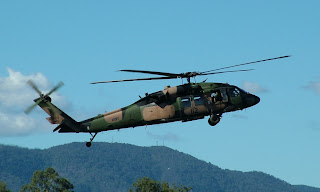 Meanwhile, QantasLink (Cobham Aviation) Boeing B717-200 VH-NXO is pictured departing around midday.  This aircraft had been parked at Rockhampton Airport since early the previous day and was reported to have possibly had engine problems. 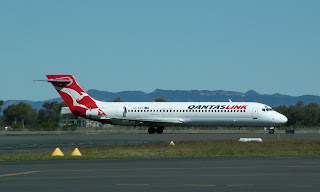 The breakdown of VH-NXO affected QantasLink flights over Central Queensland, and several 'additional' QantasLink Dash-8-operated flights were noted at Gladstone and Mackay Airports on Friday 29 June.

Down the road from Rockhampton at Gladstone Airport, by far the highlight of Saturday 30 June was the visit of Virgin Australia operated Embraer E-190 jet VH-ZPD - see post below.

This is the second E-190 to operate into Gladstone from Brisbane in recent weeks, and VH-ZPD is the first to visit wearing the old Virgin Blue livery.

It is also worth mentioning that on Friday 29 June, Gladstone Airport had a couple of other interesiting visitors. Australian Army Commonwealth CA-32 (Bell 206B/OH-58A) Kiowa helicopter was spotted by Jamie C shortly after arriving from the South.  After taking on fuel the Kiowa departed to the North.

Meanwhile, as the sun went down over Gladstone Airport, Careflight Queensland LearJet 45 bizjet VH-CXJ arrived into Gladstone Airport from Townsville. Jamie C managed to take a couple of great pictures of the Lear under the new Gladstone Airport apron lighting - especially of it taxiing for departure to Sydney.

Lastly, up the coast at Mackay Airport, Hinterland Aviation Cessna 208 VH-HLL arrived mid-afternoon from Innisfail. After dark, it departed to Cairns as HND626.
Posted by Damian F at 12:20 PM