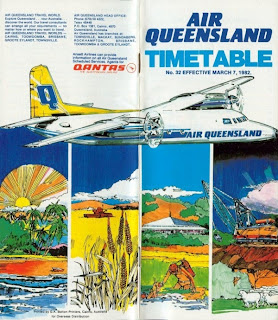 In this month’s Historic Spot, Shane T has sent through the first of a few articles he has written about the history of airlines and aviation in Central Queensland. This month we take a quick look at Air Queensland / Bush Pilots Airways. 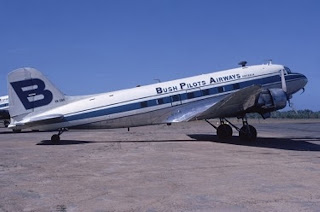 In 1978 Bush Pilots Airways changed its name to BPA and by then was operating a variety of aircraft including the DC-3, Britten-Norman Trislanders and Swearingen Metroliners.

In 1981, BPA became Air Queensland, and the existing fleet was joined by the Fokker F-27 friendship. These aircraft became a familiar sight for Shane while they operated into Gladstone. The F-27s were then later replaced by ATR 42 aircraft. 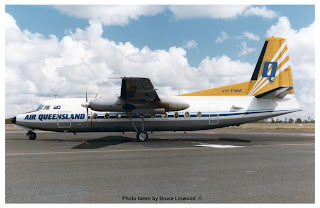 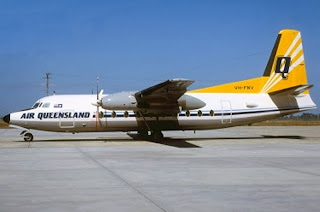 From 2 bases - Brisbane and Cairns - Air Queensland operated services up and down the Queensland coast, with stops including Maroochydore (Sunshine Coast), Maryborough, Bundaberg, Gladstone, Rockhampton, Mackay and Townsville. Also from Cairns they connected to other coastal and inland locations such as Cooktown, Karumba, Normanton, and later Weipa and Bamaga. 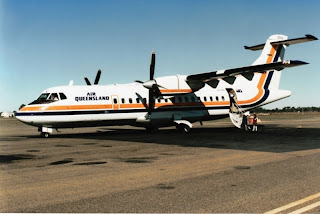 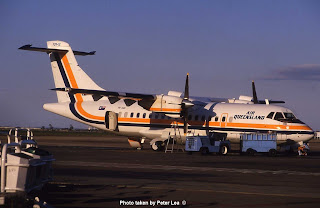 These services were very popular with business travellers and tourists alike. With such frequent stops a high altitude was never required, offering good views of the scenic parts of Queensland.

Also in Central Queensland, it is worth noting is that for many years, Air Queensland DHC-6 Twin Otters connected coastal ports such as Rockhampton, Mackay, Townsville and Cairns to many of the popular tourist islands off the Queensland Coast such as Great Keppel Island, Brampton Island, and Hamilton Island, among others. 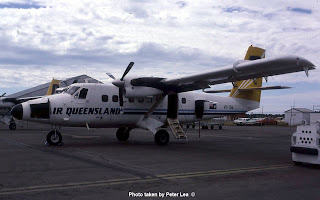 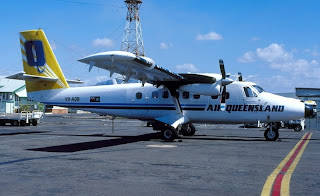 Air Queensland was the last airline in Australia to use Douglas DC-3s on regular scheduled services, the last being withdrawn in April 1988. 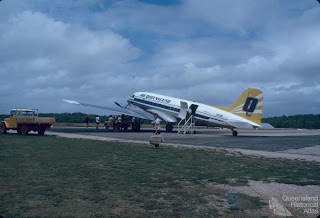 In that same month, the Air Queensland name ceased to exist when the airline was absorbed into Australian Airlines – formerly Trans Australia Airlines (TAA), which was later absorbed into Qantas.

On a side note, for many years, a former Bush Pilots Airways DC-3 became a static display (mounted on a pole) at the Cairns Airport. It was removed in 2008 because of concerns for it structural integrity. 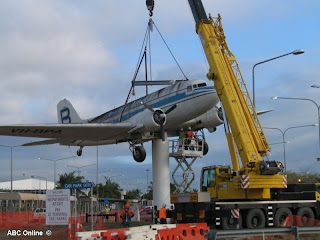 However, at the Queensland Air Museum at Caloundra Airport, a former BPA Swearingen Metroliner remains on display.