Gladstone Airport passed a significant milestone on Sunday 1 July when it was officially 'reborn' as a corporation. 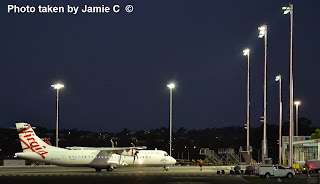 After five years as a council-operated business, the new board of the Gladstone Airport corporation took over, making the Gladstone Regional Council's long-term vision of the corporation a reality. However, council has warned that the new corporate structure should not be confused with privatisation.

Council is neither selling the airport business nor its asset. Council has stated that "it is simply setting up a separate corporate structure wholly owned by council on behalf of the ratepayers and residents of the Gladstone region."

Members of the new board are looking forward to the future and what the board would bring. The board would look to resolve issues - such as car parking pressures - that the airport would inevitably face in the next few years.

One member of the board recently told the Gladstone Observer newspaper that: "there is quite a lot of capital expenditure that we would like to make to continue to improve the facilities at the airport, but those would have to be made within the means of the airport."

Council has stated that while relocation still appeared the most likely outcome, the new Gladstone Airport Corporation board had yet to decide its specific plans for expansion.
Posted by Damian F at 11:59 PM