Local plane spotters Don W and Travis W have sent through some more fantastic photos of the action at Rockhampton Airport over the last couple of days. By far the most interesting movements - as we posted below - were on Saturday 31 August, when the Federal Opposition leader Tony Abbott flew into Rockhampton during the Federal election campaign on board Royal Australian Air Force (RAAF) Boeing B737-7DT(BBJ) A36-001, which touched down from Townsville as "Envoy 80". 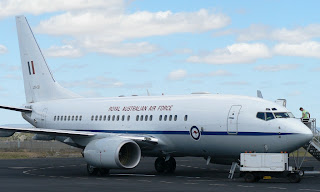 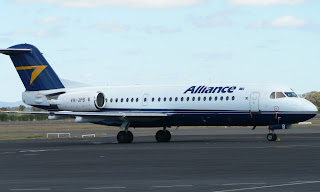 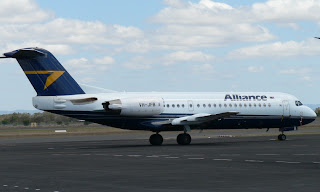 Travis was on hand later on Saturday when VH-JFB departed to Melbourne (Tullamarine) Airport as UTY632. 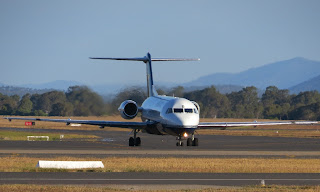 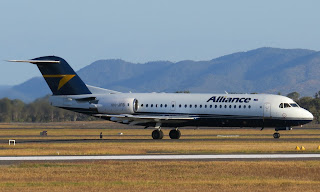 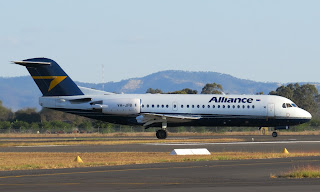 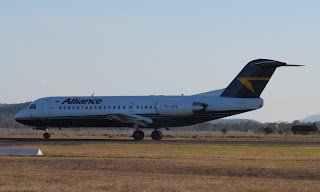 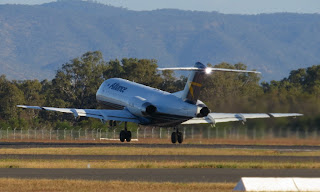 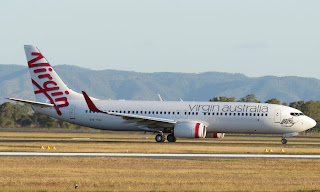 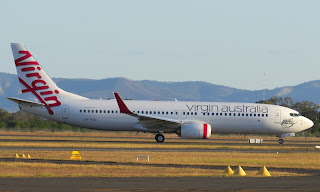 VH-YIU was captured by Travis departing Rockhampton for Brisbane as VOZ1246.  It was VH-YIU's first visit to Rockhampton. 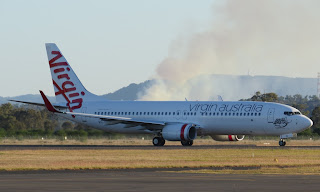 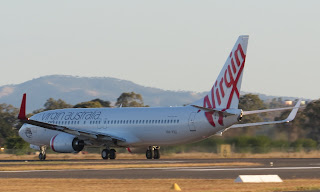 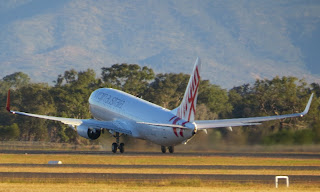 Meanwhile, on the lighter side of Rockhampton Airport, Travis captured a nice photo of Australasian Jet Piper PA-31-350 Navajo VH-ZMK resting in the late afternoon sun.  VH-ZMK has been operating flight to and from Longreach over recent weeks - flying to Longreach on Mondays and returning to Rockhampton on a Friday. 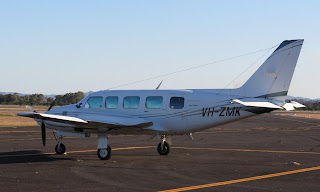 Lastly, Travis captured a couple of spectacular photos of locally-based Eurocopter AS.350BA Squirrel helicopter VH-WHW as it returned from a local flight and landed on its 'pad' outside one of the hangars at Rockhampton Airport on Monday 26 August. 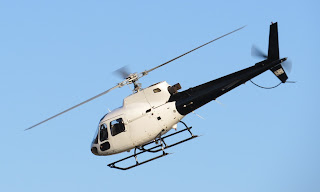 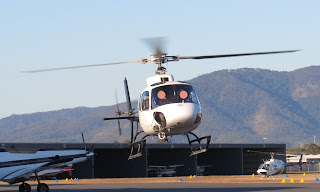 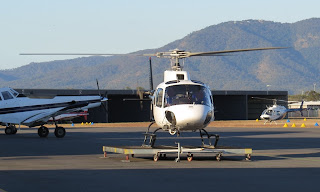 Some fantastic photos of a couple of nice movements into Rockhampton Airport, and we sincerely thanks Don and Travis for sending them through!