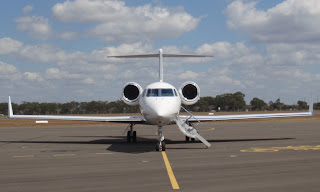 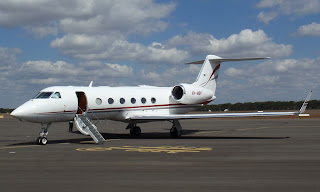 Local plane spotter Micah S has sent through some more stunning images from Bundaberg Airport as Marcplan Charter Gulfstream G-IV(X) VH-MBP touched down in the rum city on Friday 30 August. 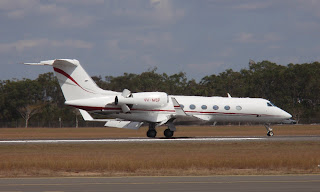 Most interestingly, the Gulfstream was noted by using the radio callsign of "Envoy 50", suggesting that it was operating a VIP flight on behalf of the Royal Australian Air Force (RAAF). 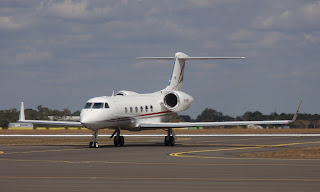 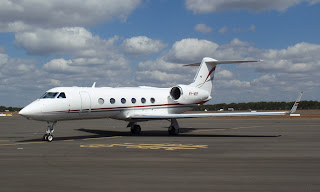 VH-MBP arrived into Bundaberg from Townsville and later departed to Newcastle (Williamtown). 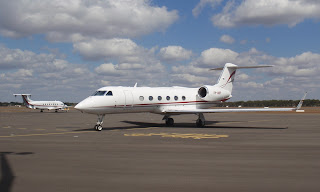 While he was there, Micah also captured the departure of the frequently visiting Queensland Police Service (Airwing) Raytheon B1900D VH-PSK.  On Friday 30 August, VH-PSK had yet another busy of flying, starting and finishing its day in Cairns, flying down and then back up the Queensland Coast, also calling into Townsville, Mackay, Rockhampton and Brisbane. 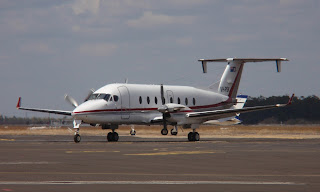 Unfortunately, Micah also reports that he missed what would have been a true highlight for the day, with friends of his reporting to him that a Royal Australian Air Force (RAAF) Boeing B737-7ES / E-7A Wedgetail AEW&C Aircraft was conducting missed approaches at Bundaberg Airport later on Friday 30 August.  Some research reveals that Wedgetail A30-005 was in the air at the time, and so this could possibly be the aircraft seen.

Thanks to Micah for his efforts on Friday - alerting us to the upcoming movement in the morning - and then capturing some wonderful photos of such a great visitor!