Gladstone plane spotter Jamie C has sent through some a few fantastic old photos from Gladstone Airport in times gone by - and a couple that caught my eye were of the distinctive red-coloured Holden Airship that graced the skies over Australia in 2006 & 2007. 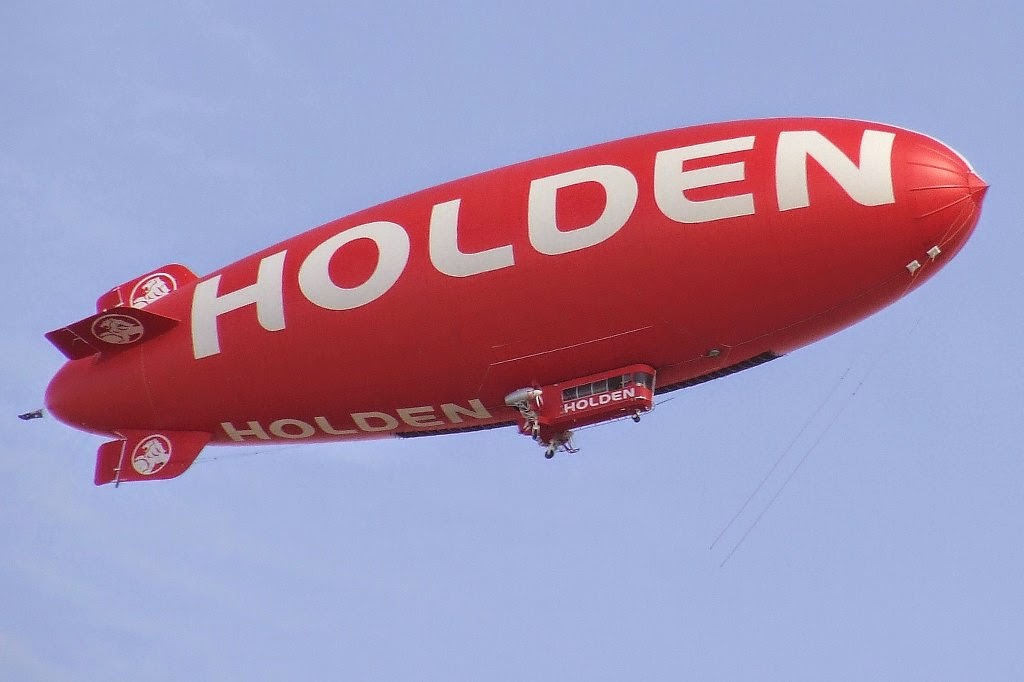 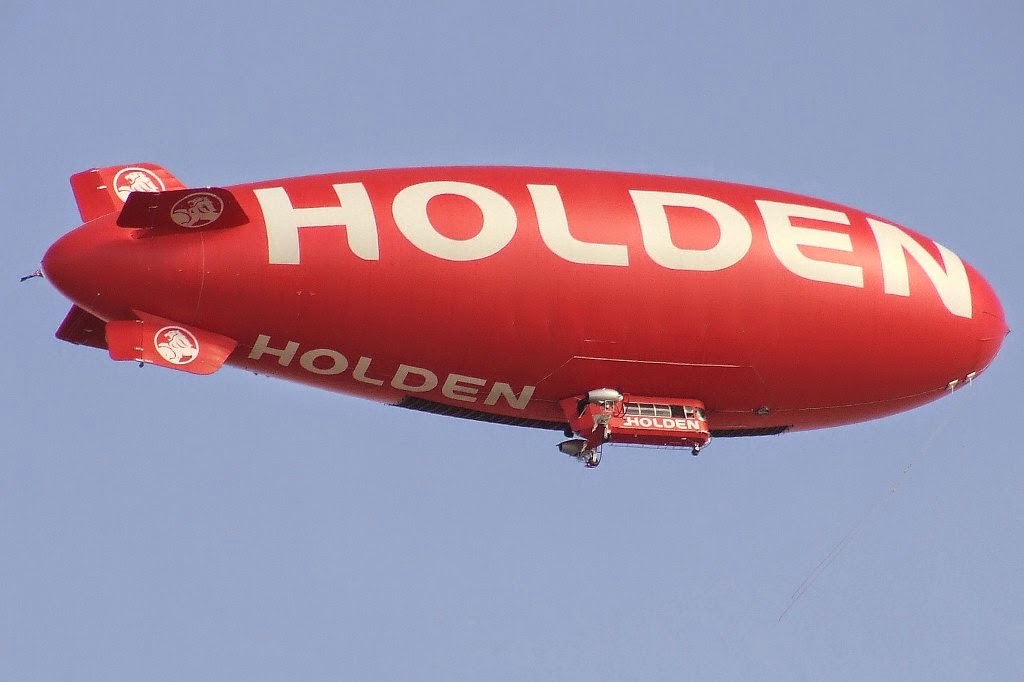 The Airship was an American Blimp A-170 built by the American Blimp Corporation - now owned and operated by the Van Wagner Airship Group.  It was 54.3 metres in length, 16.8 metres high and 14 metres wide. The engine was a Twin Lycoming 10-360-B1G6, with constant speed variable pitch reversible propellers. The Airship held 5 million litres of non-flammable helium and the engine burnt 91 litres of fuel per hour with a 400km range. The Gondola, or cabin, carried 5 passengers plus the pilot. It was big! 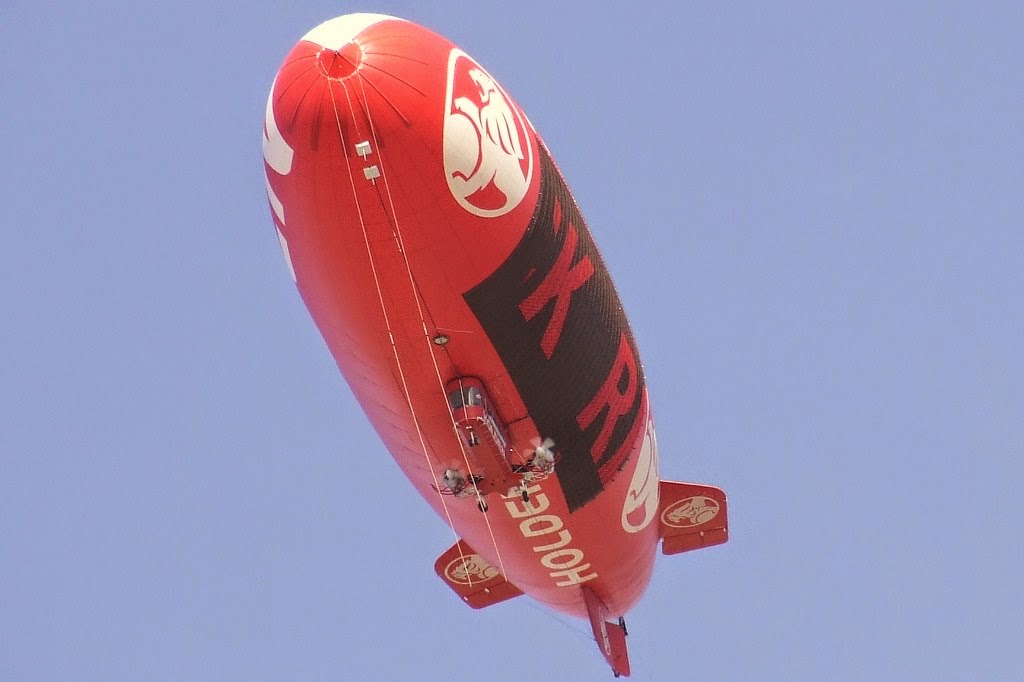 The Holden Airship (nicknamed "the Holden-burg" by the Australian press) was a promotional gimmick operated by car manufacturer Holden (GM Holden Ltd), to promote the release of a new car. The Airship was painted in the distinctive red and white livery of Holden and is flown at various outdoor events, and over various cities particularly over the East Coast of Australia.  Jamie's photos show the Airship flying over Gladstone in 2006. 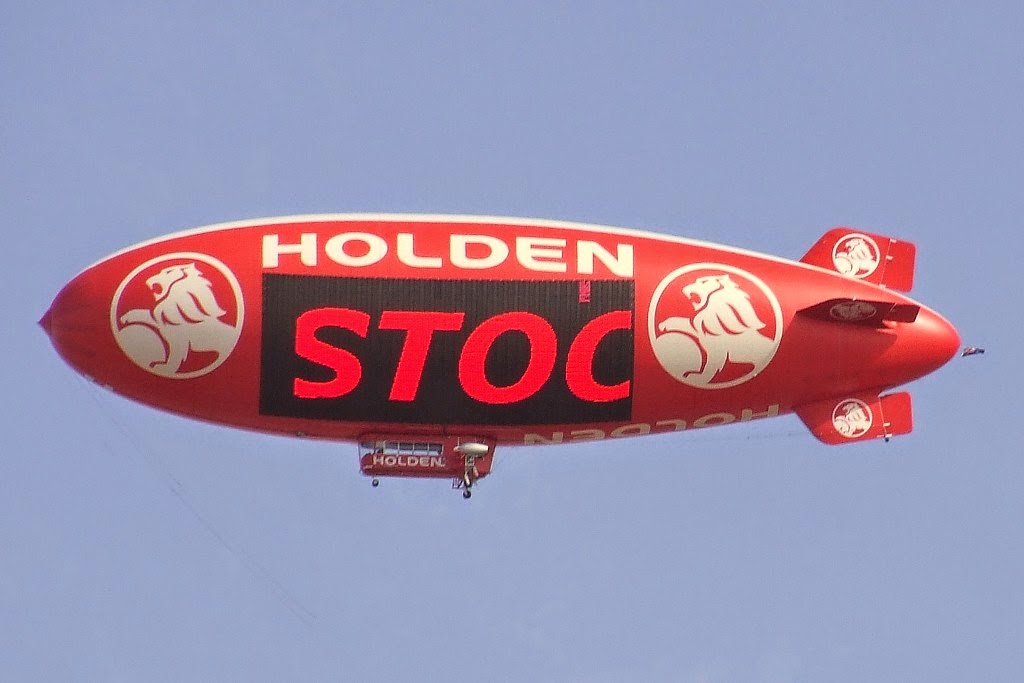 But the Airship's presence in Australia was not without controversy.  In late 2006, the Queensland Government became the first state in Australia to officially ban the blimp from flying over some events. New laws made it an offence for a non-sponsor of a major event to fly an aerial blimp, skywrite and or hang a sign from a building within sight of major events at major sports stadiums throughout Queensland.

The ban prevented the Airship from flying over both Suncorp Stadium's rugby league test between Australia and Great Britain and the Gabba's Ashes test match during the latter part of 2006.  At the time the Cricket Australia CEO James Sutherland welcomed the Queensland government's move, describing the Airship's 12-month Australian tour as "offensively inappropriate parasite marketing", while state sports minister Andrew Fraser said: "Ambush marketers should simply not be allowed to have a free ride at the expense of financial arrangements securing major events."

In late September 2007, the Holden Airship was decommissioned and shipped back to the USA in preparation for its next international contract.

My sincere thanks to Jamie for sending these awesome old photos of a nice little piece of history in CQ aviation!