On Monday 13 April, a rare sight occurred with both Royal Australian Air Force (RAAF) Boeing B737-700(BBJ) VIP transport aircraft spotted in Central Queensland as they both appeared to be operating training flights into various airports. 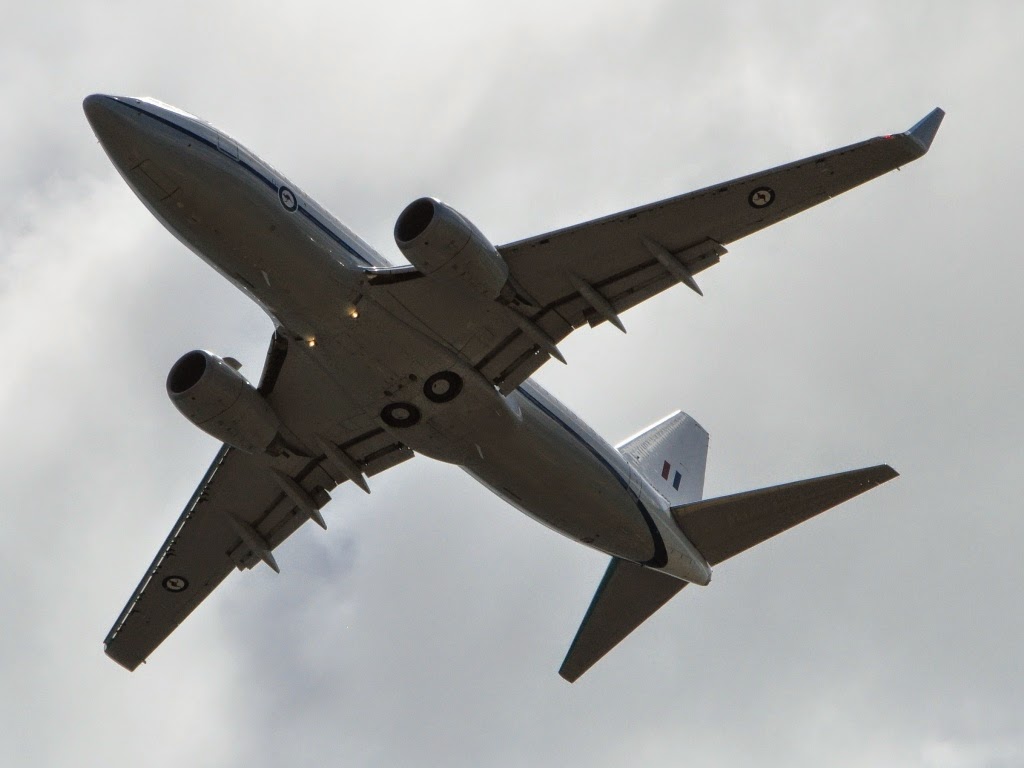 A36-001 - which was using the radio callsign of "Regent 38" - was noted conducting a missed approach at Longreach Airport.

It was flown South from Darwin via Mount Isa and looked to continue South to RAAF Base Amberley.

A36-002 - flying as "Envoy 91" - was spotted by me as it climbed out after completing a missed approach at Hamilton Island Airport. 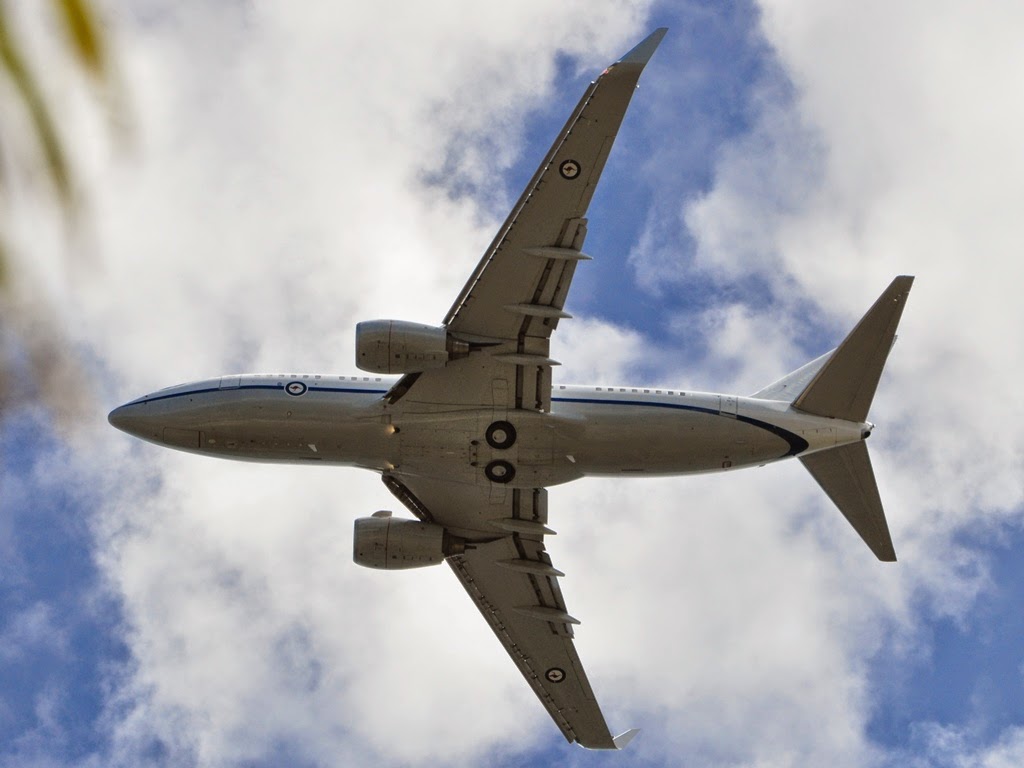 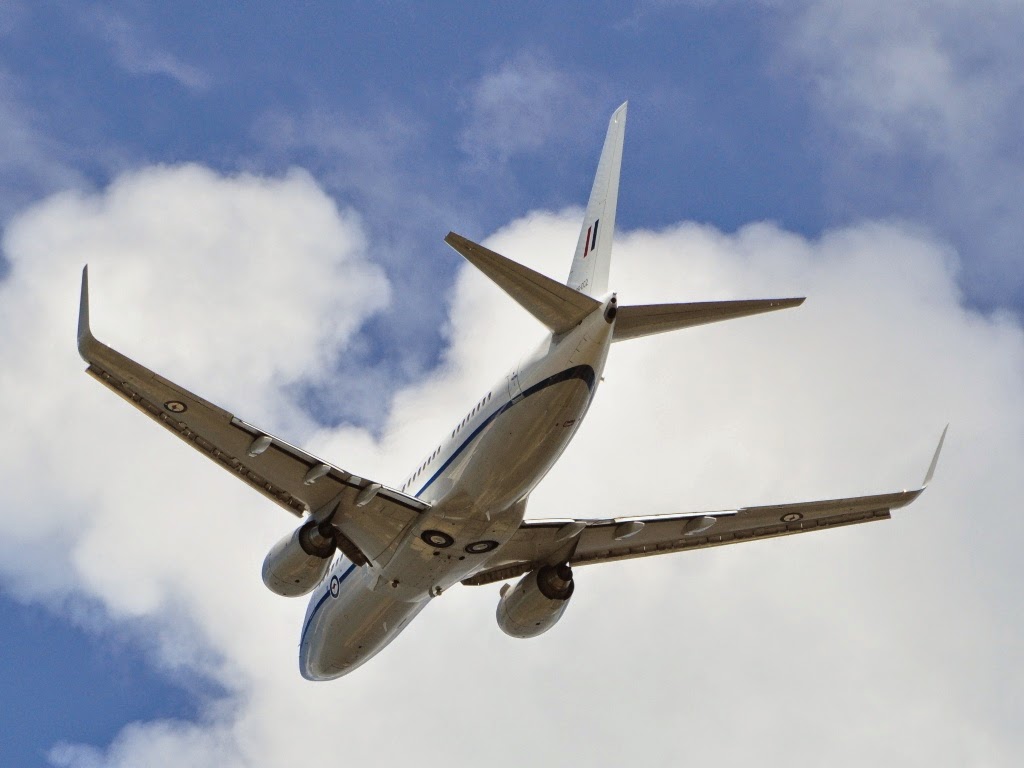 Reports suggest that it flew up from the Sunshine Coast before landing at Townsville for the night.

Stay tuned for a few more photos from Hamilton Island Airport we take a couple of days to recover from a pretty busy holiday!
Posted by Damian F at 7:54 AM