Pel-Air Aviation SAAB 340 Freighter VH-KDB Breaks Down at Mackay Airport - And VH-EKT comes to the Rescue!

Over the course of this last week, Mackay Airport played host to the rare sight of a pair of Pel-Air Aviation SAAB 340 Freighters parked together on the Northern end of the parking apron. 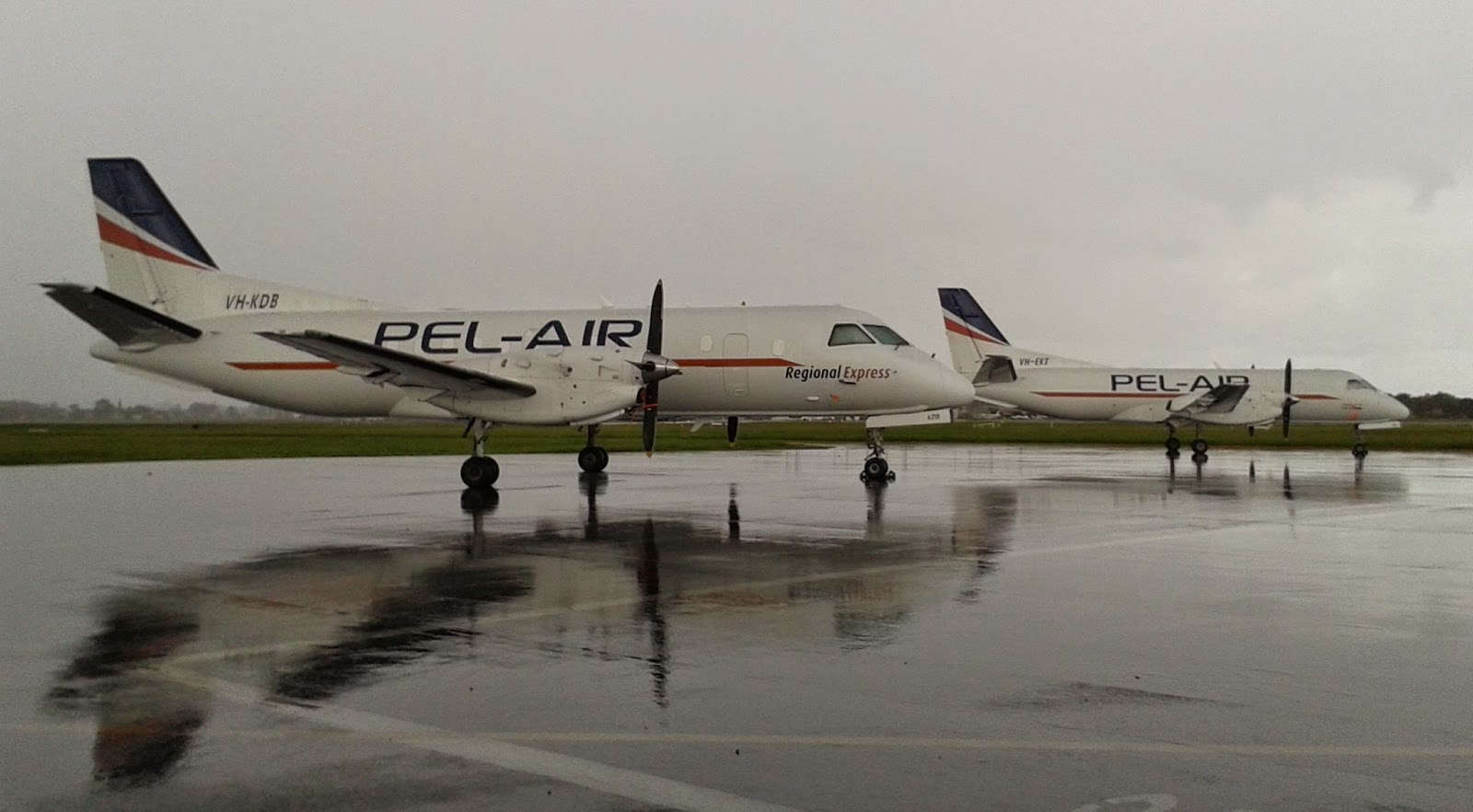 It is believed that after arriving early on Tuesday 31 March from Brisbane and Rockhampton, VH-KDB broke down, and the SAAB has remained parked at Mackay ever since. 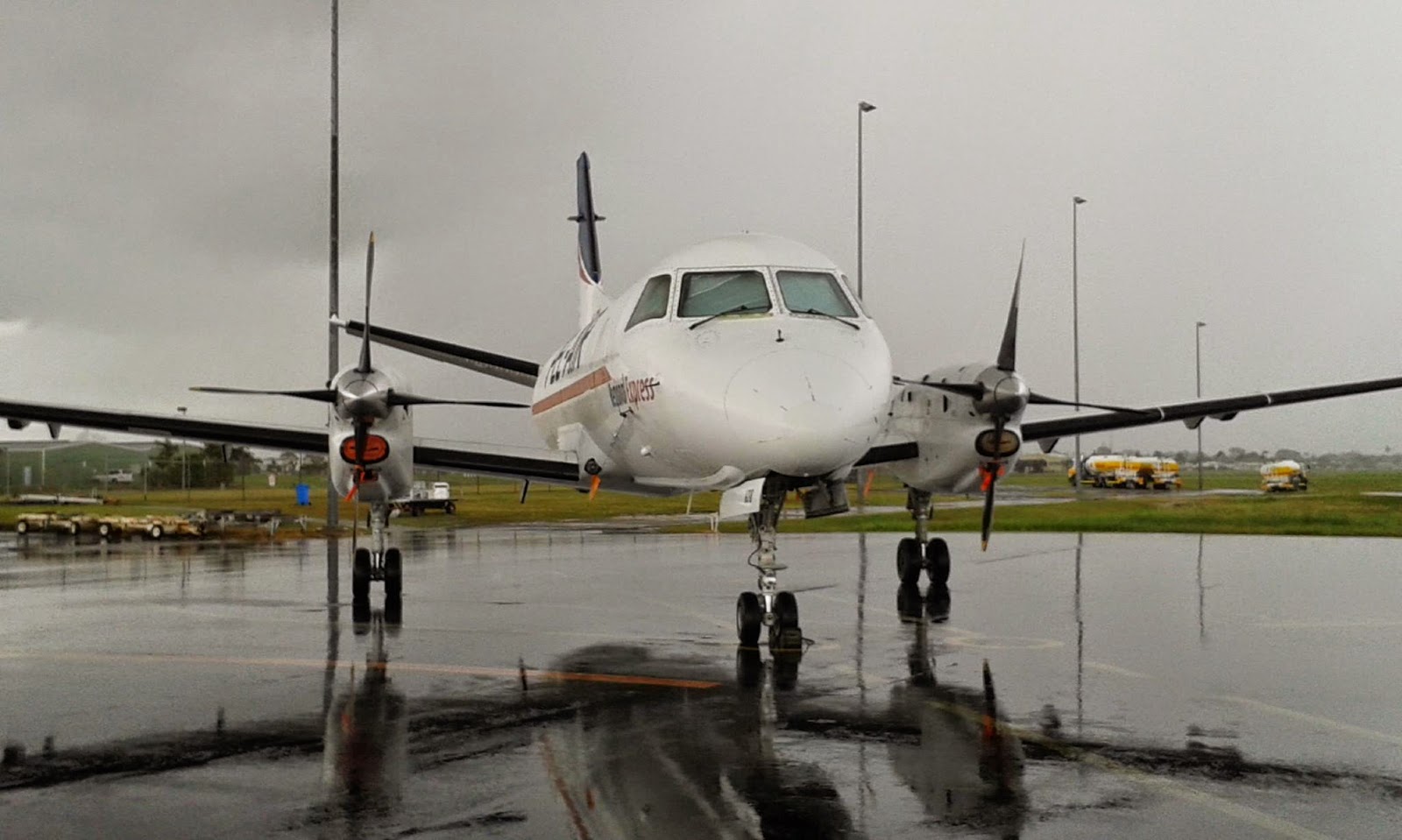 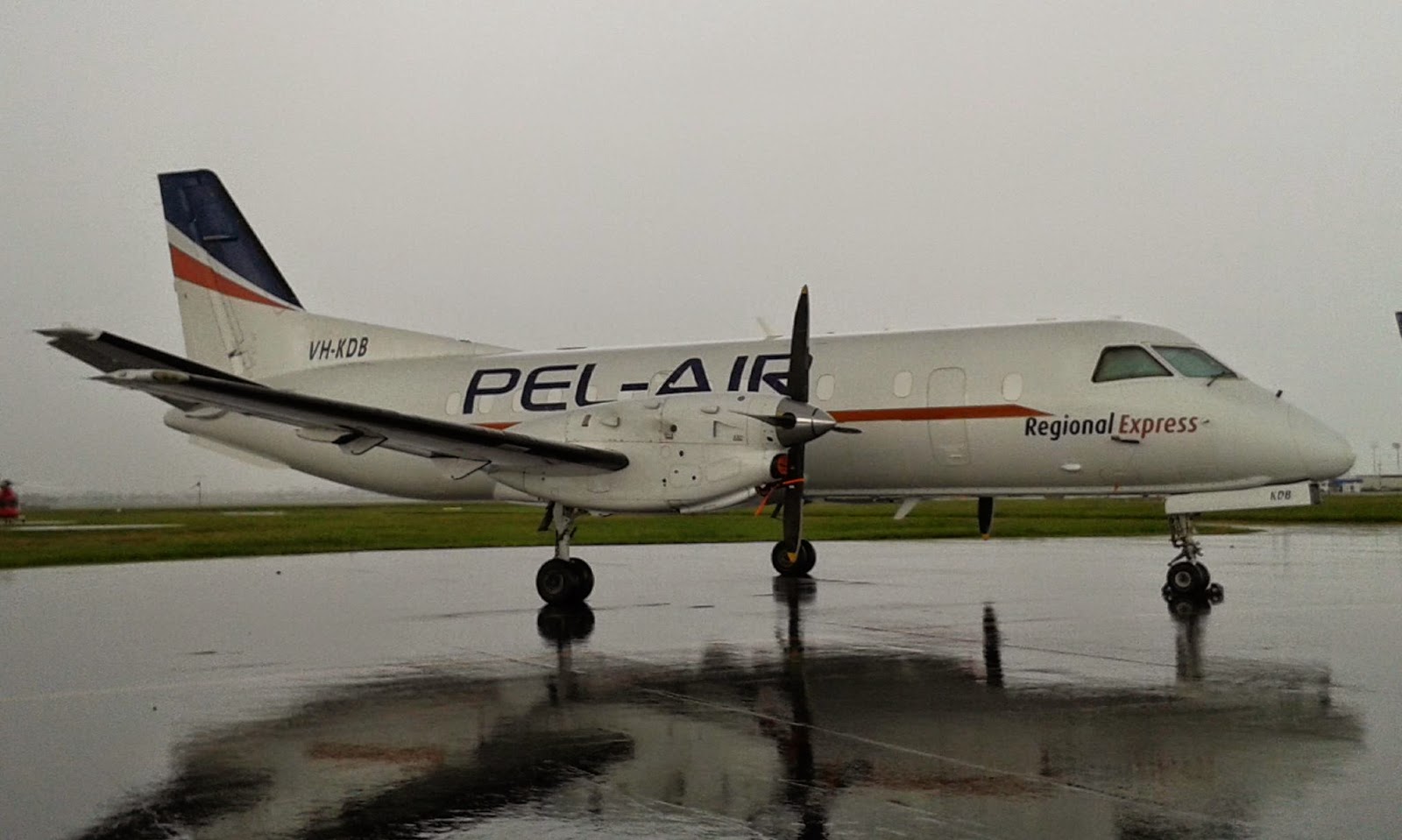 It was then noted that late on Tuesday 31 March, fellow Pel-Air SAAB Freighter VH-EKT positioned into Mackay from Brisbane as PFY9830.  It then departed to Rockhampton and Brisbane on the week-nightly freight run.  VH-EKT actually returned to Rockhampton and then Mackay on Wednesday 1 April, remaining parked with VH-KDB on the Mackay Airport apron for the day - as shown in these photos. 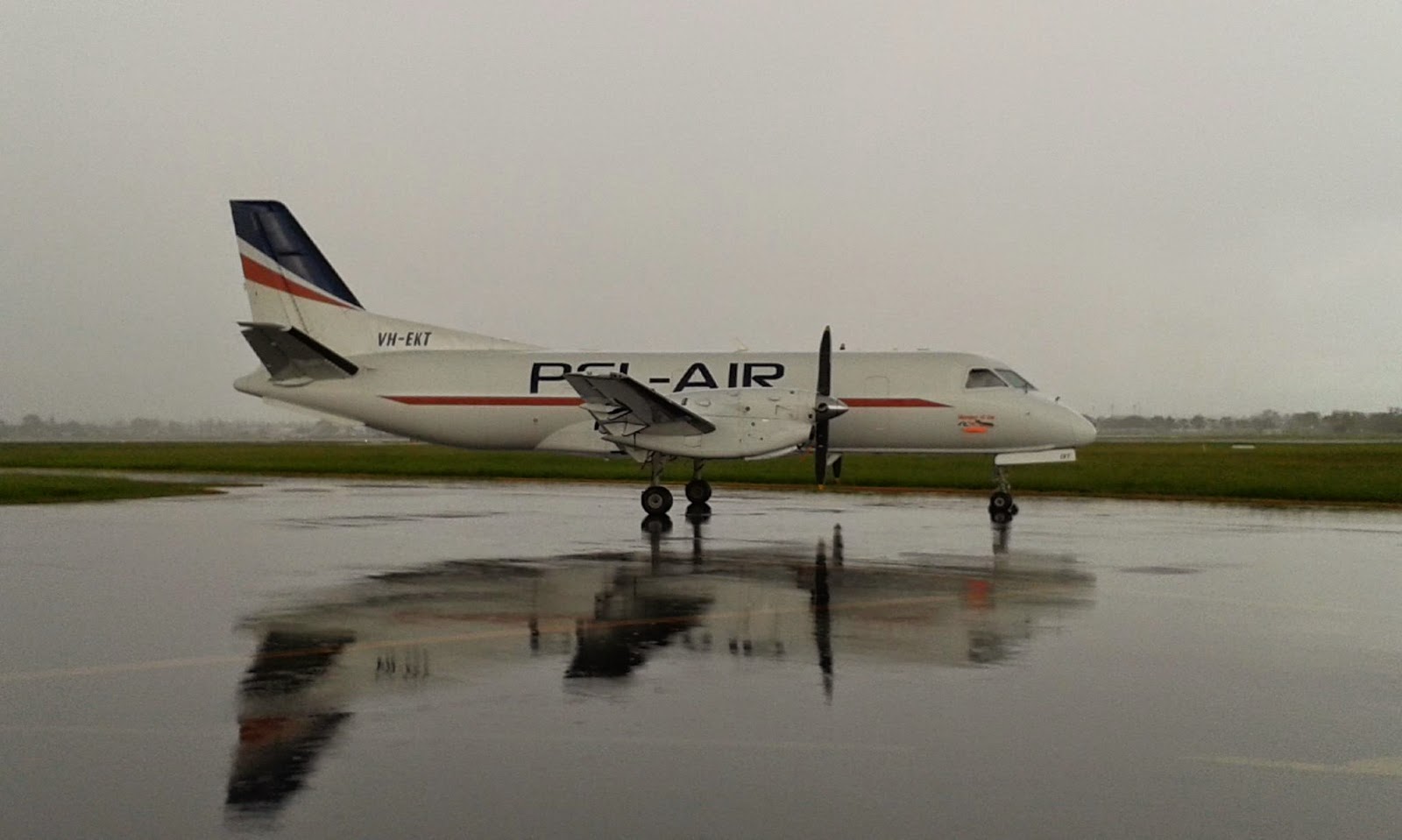 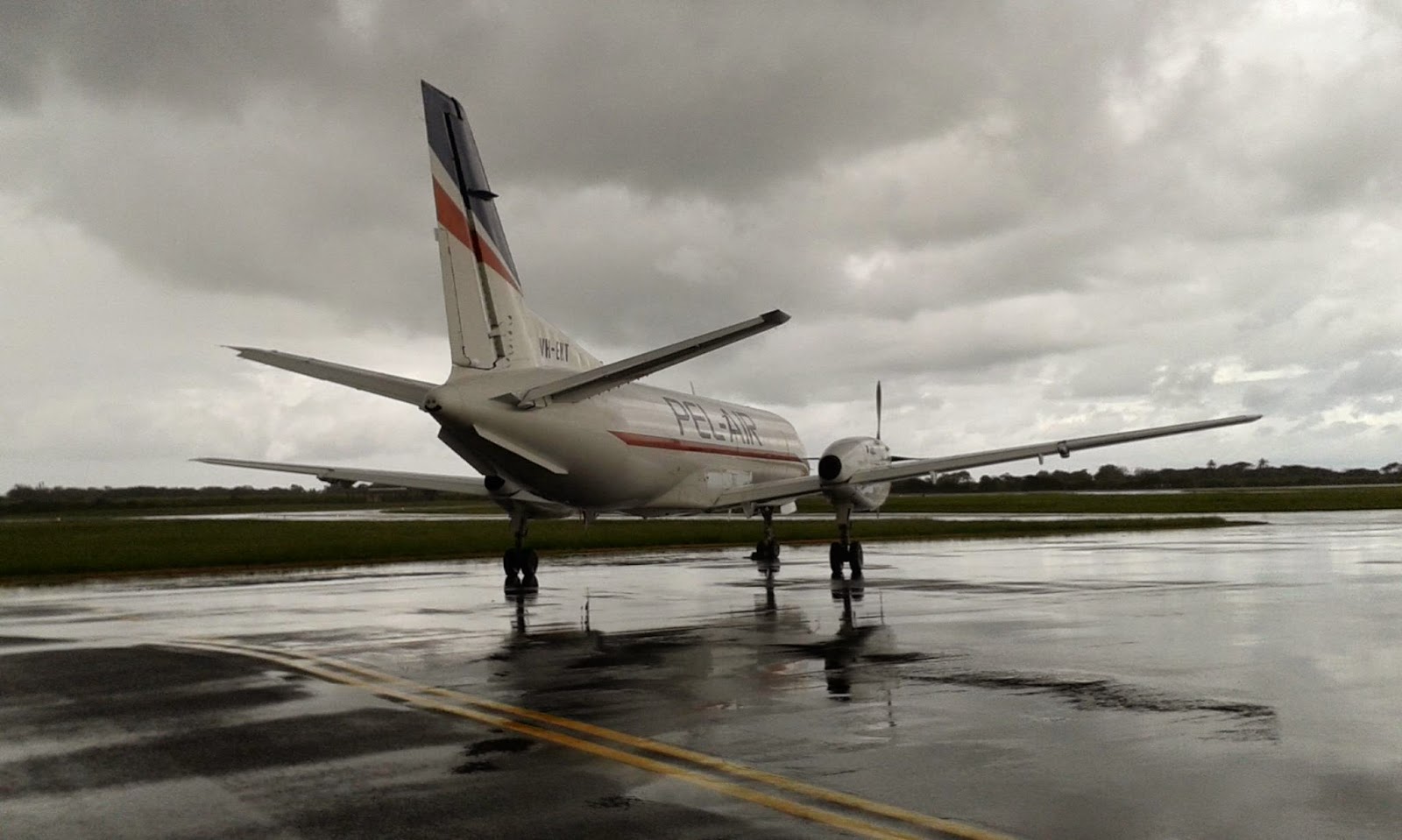 This sight was repeated on Thursday 2 April, with VH-EKT reportedly still parked with VH-KDB on the Mackay Airport apron.