Over the course of Wednesday 1 April and Thursday 2 April, a pair of Queensland Government (QGAir) Rescue (State of Queensland) Agusta AW139 helicopters ferried North and South between Archerfield and Cairns via Gladstone and Mackay Airports. 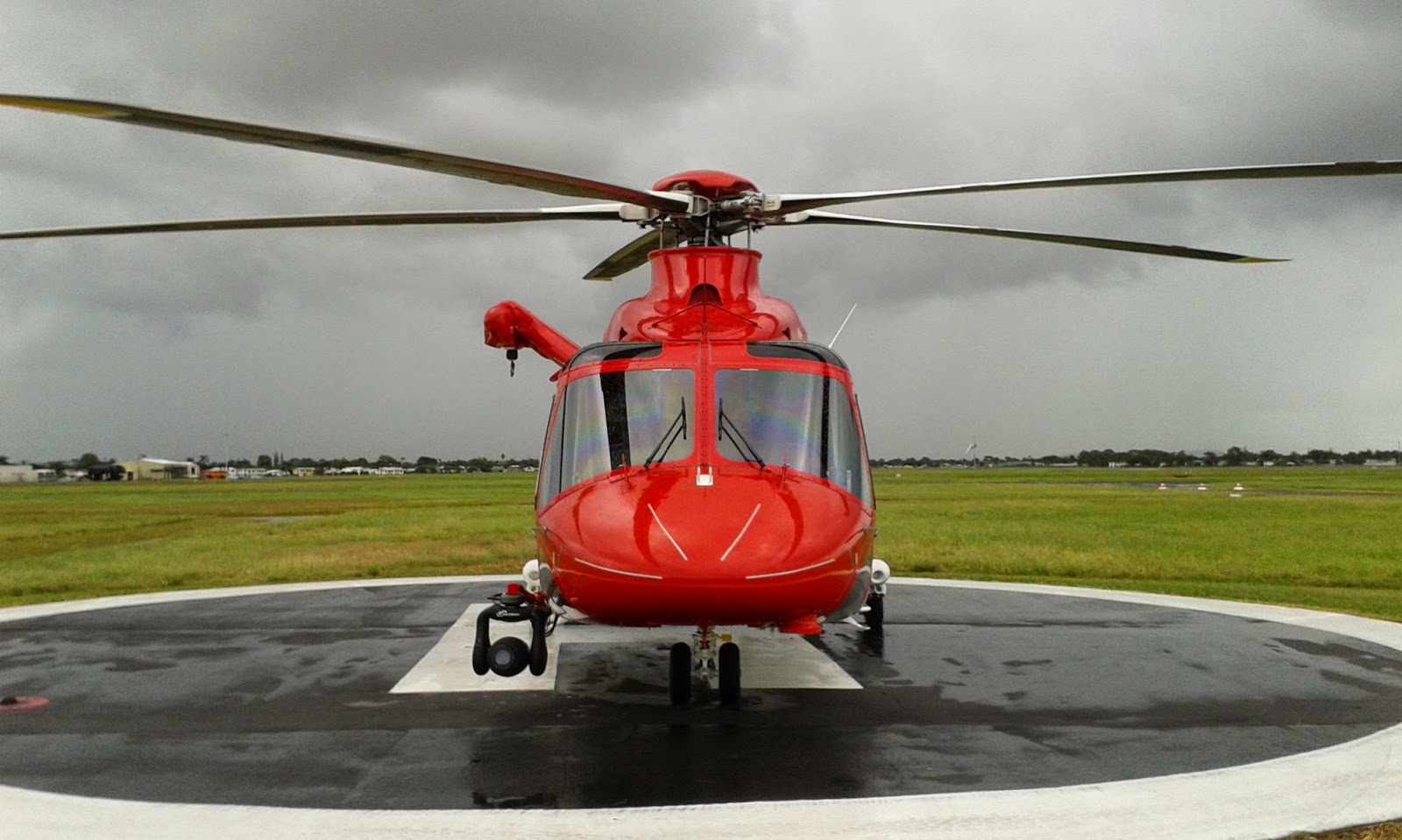 On Wednesday, VH-ESZ was photographed on the ground at Mackay after arriving from Archerfield and Gladstone. 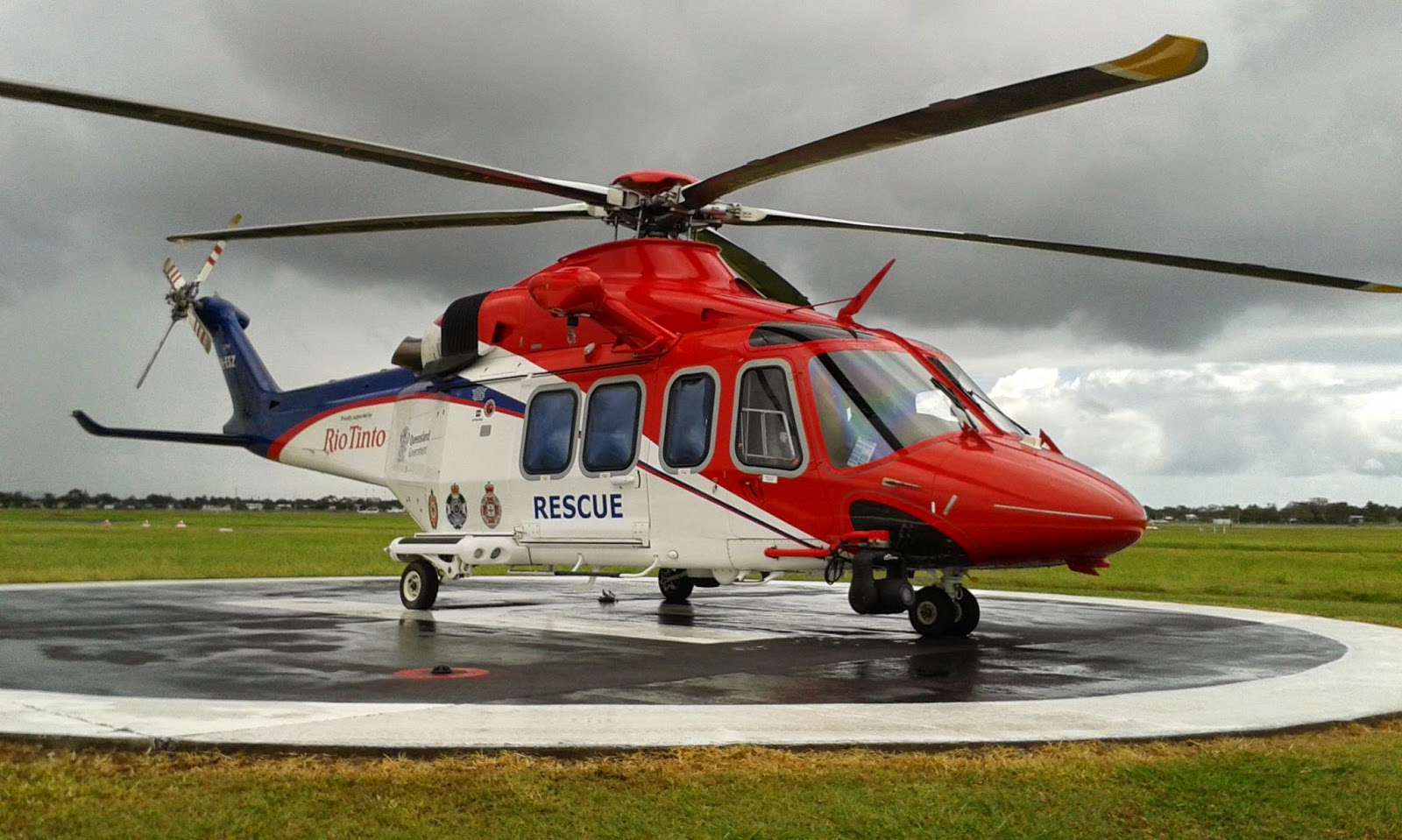 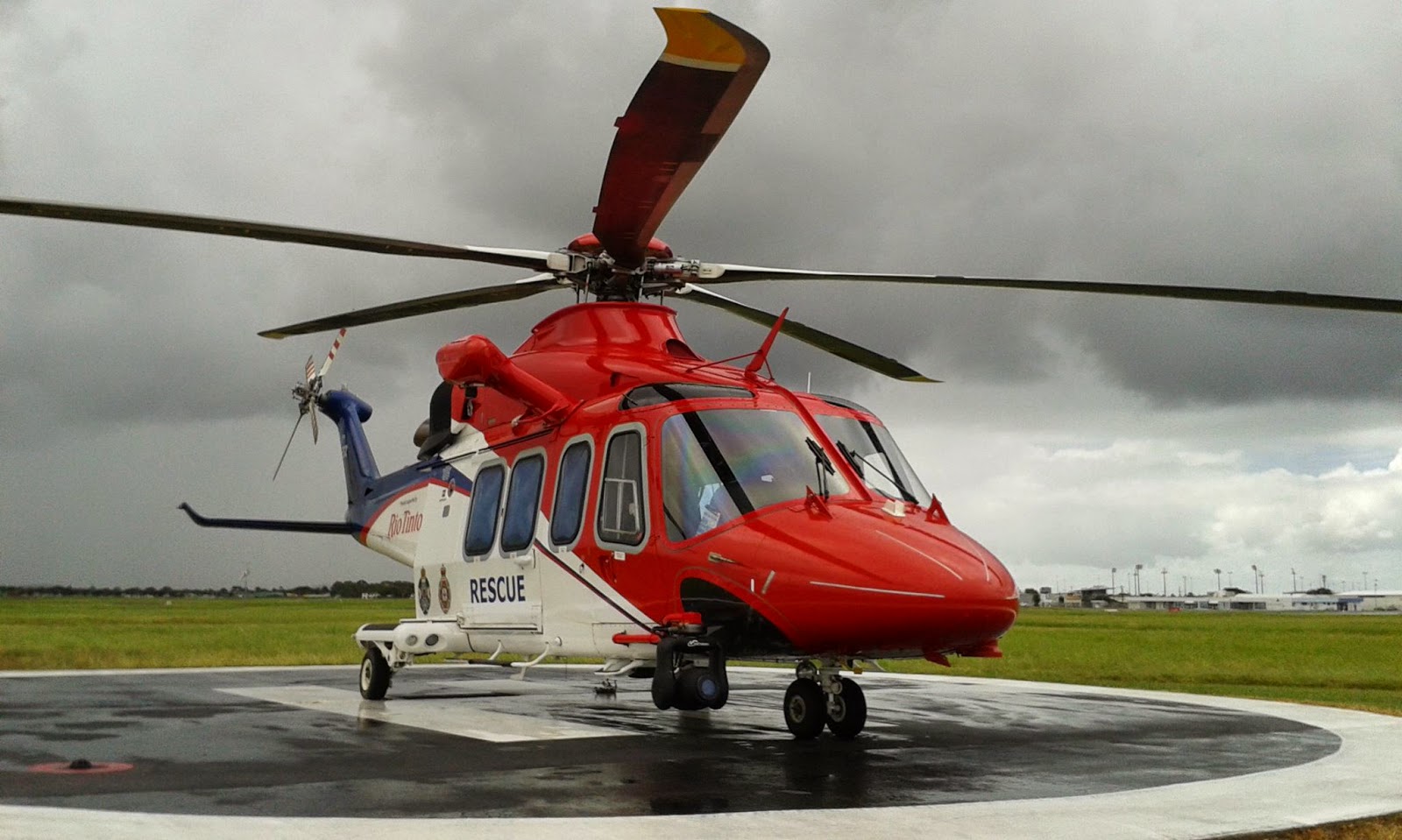 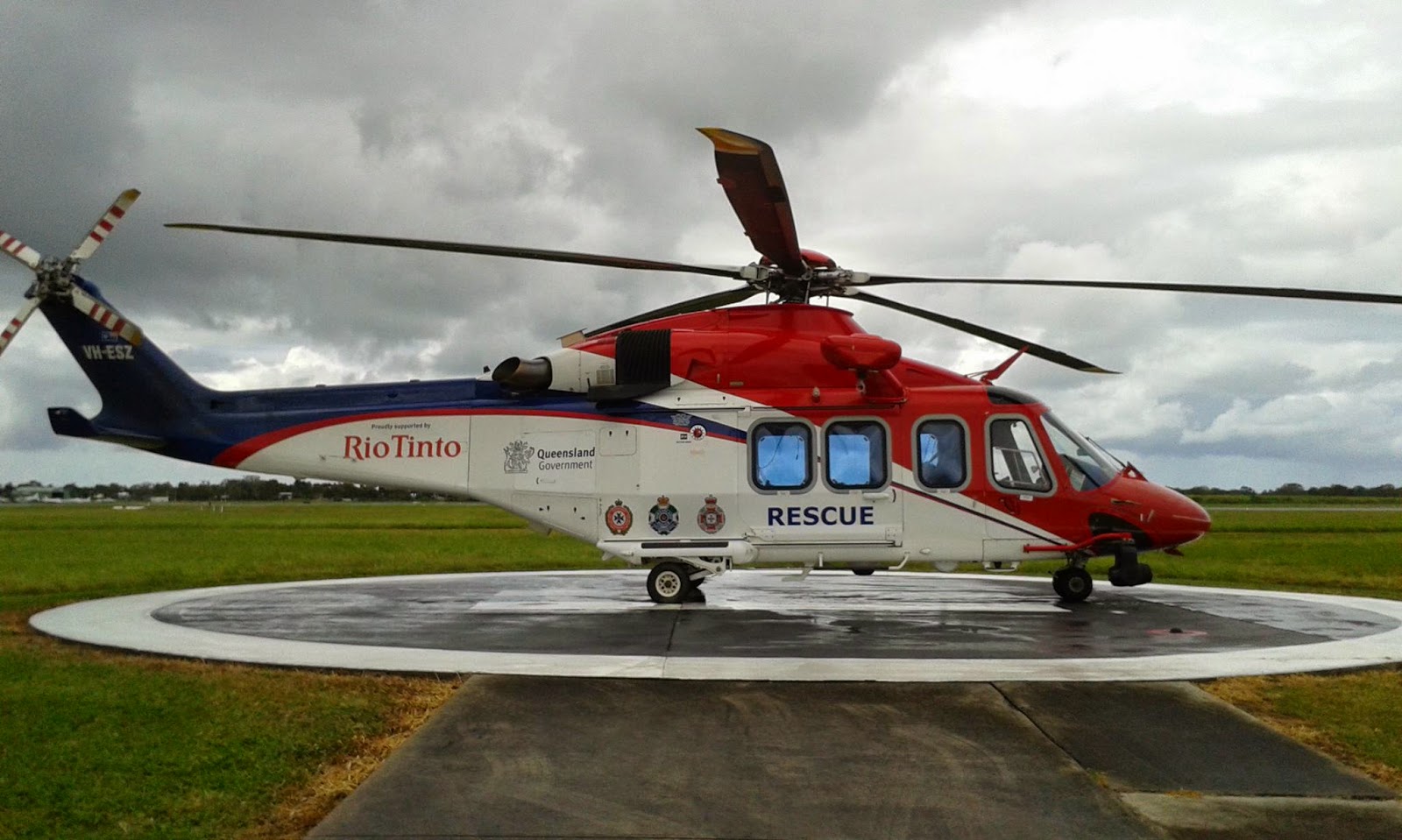 Then on Thursday, VH-EZJ was noted passing through Mackay from Cairns and Townsville before continuing South to Gladstone and Archerfield.  It is presumed that VH-EZJ will soon undertake planned maintenance.

The helicopters formerly flew under the banner of Emergency Management Queensland (EMQ).