A nice afternoon for local plane spotters at Rockhampton Airport on Thursday 9 April with a pair of Royal Australian Air Force (RAAF) aircraft and an Australian Army Chinook helicopter either calling in or conducting missed approaches. 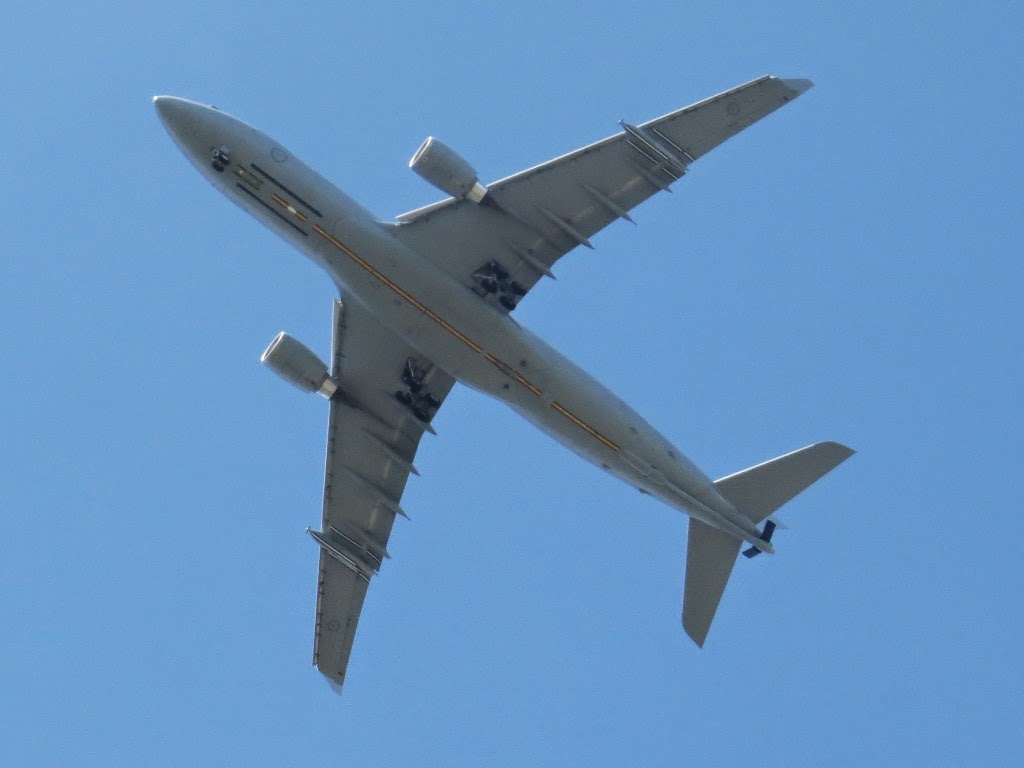 RAAF Airbus A330-203 / KC-30A (MRTT) A39-005 was captured by Kayanne H as it performed missed approach at Rockhampton Airport.  It had flown up from the South and looked to continue further North.  It was heard using the radio callsign of "Dragon 10". 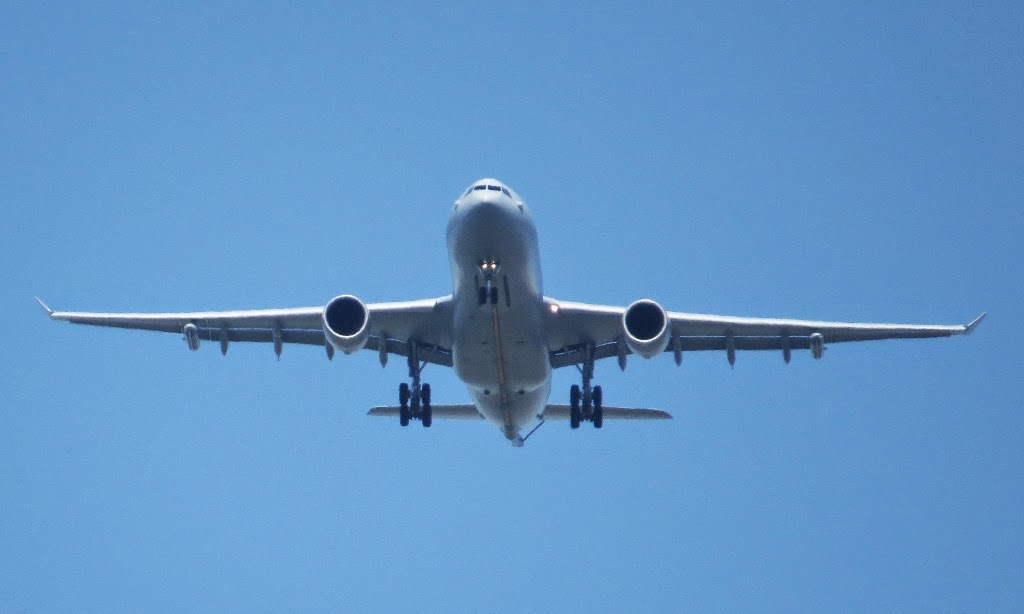 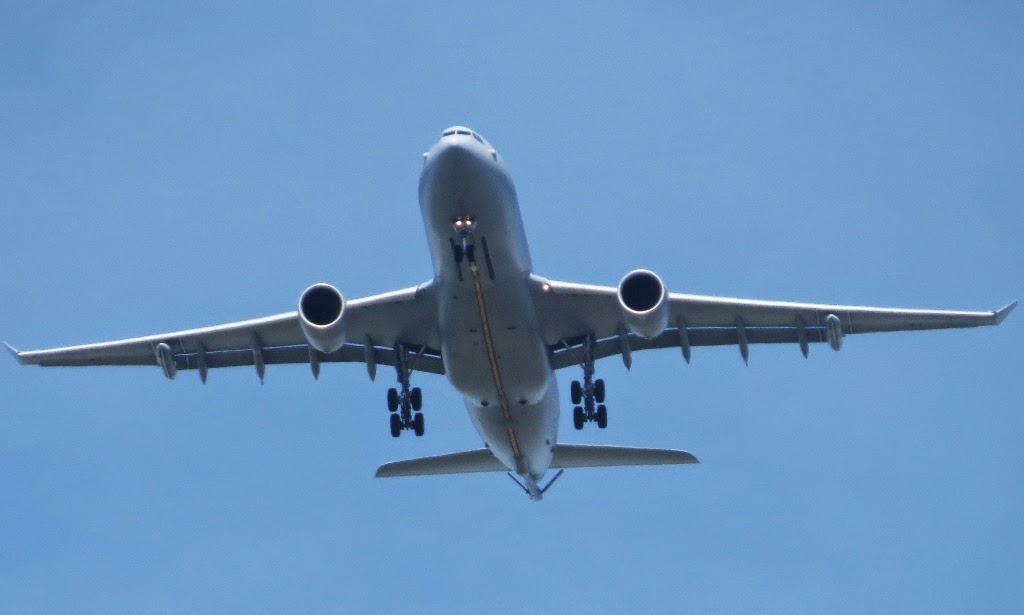 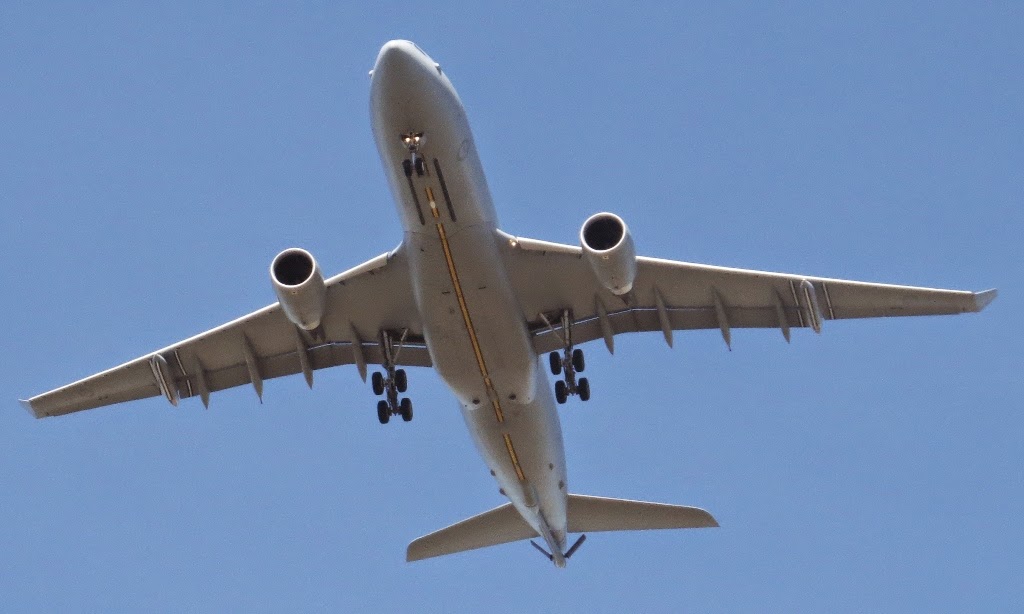 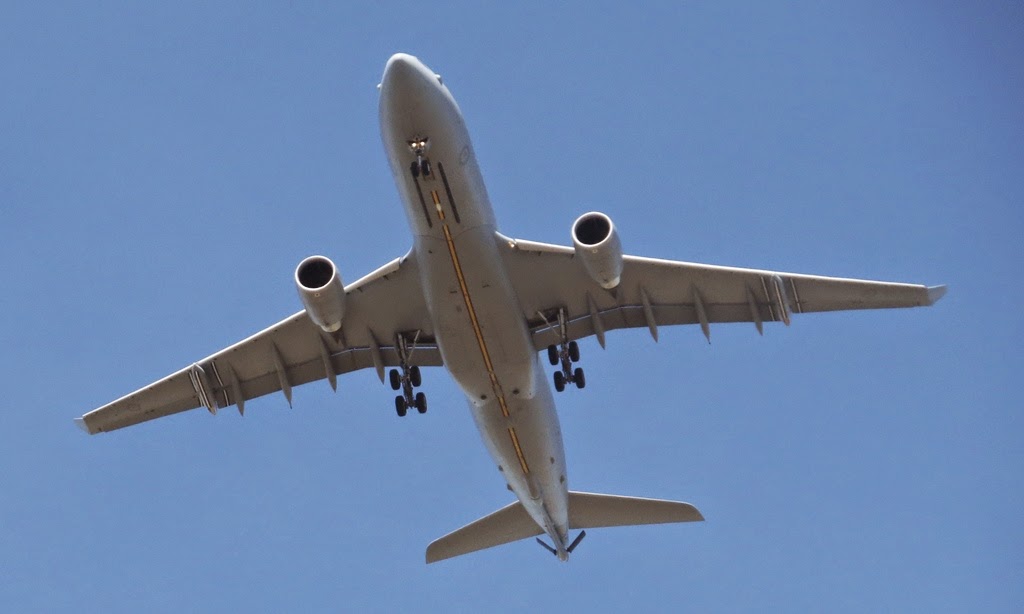 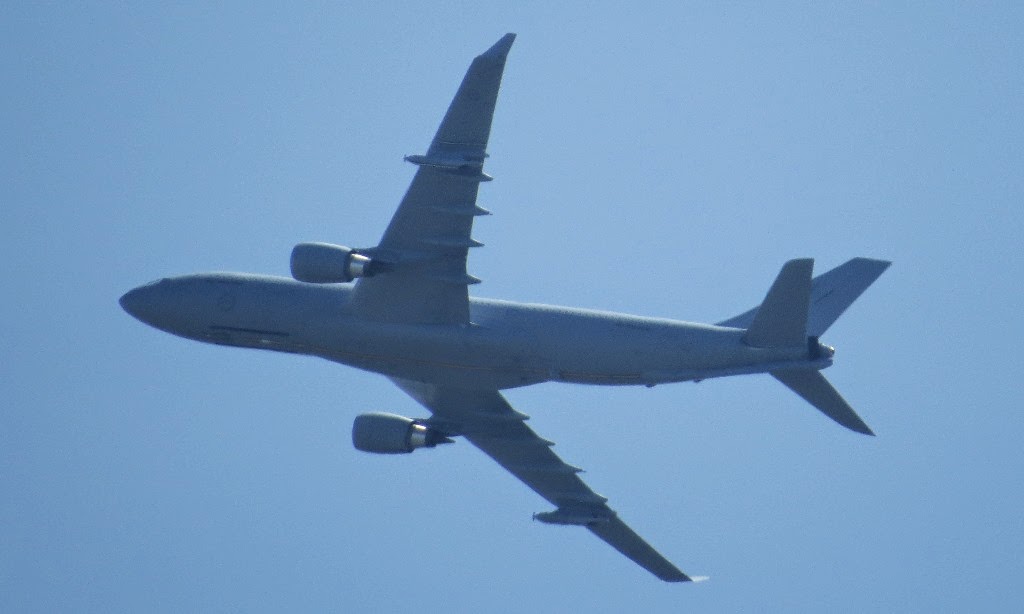 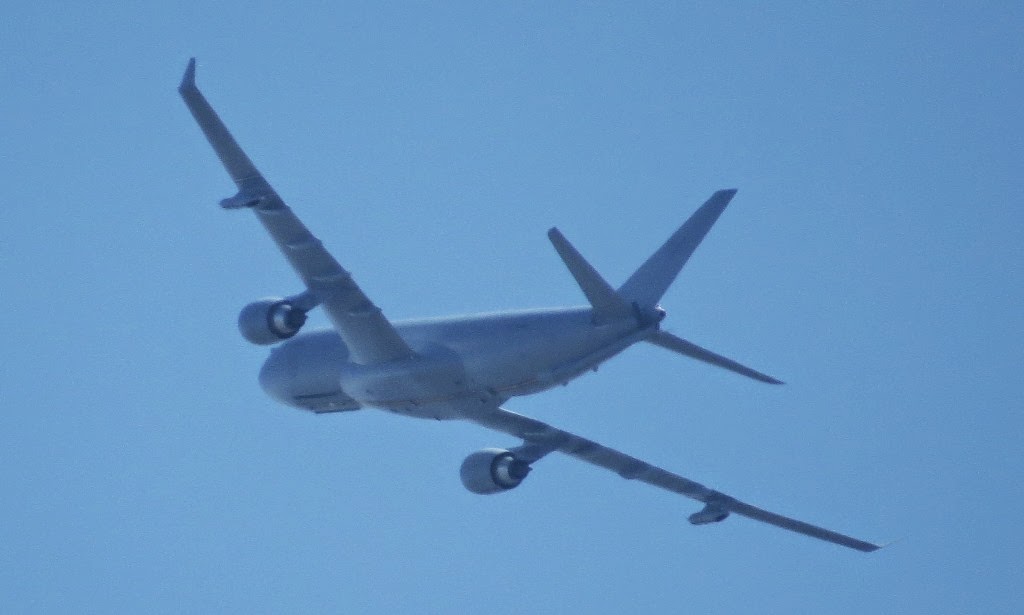 Shortly after the KC-30, RAAF Beech B350 Super King Air A32-673 was also captured by Kayanne conducting a missed approach at Rockhampton.  It was heard to be using the radio callsign of "Dingo 3". 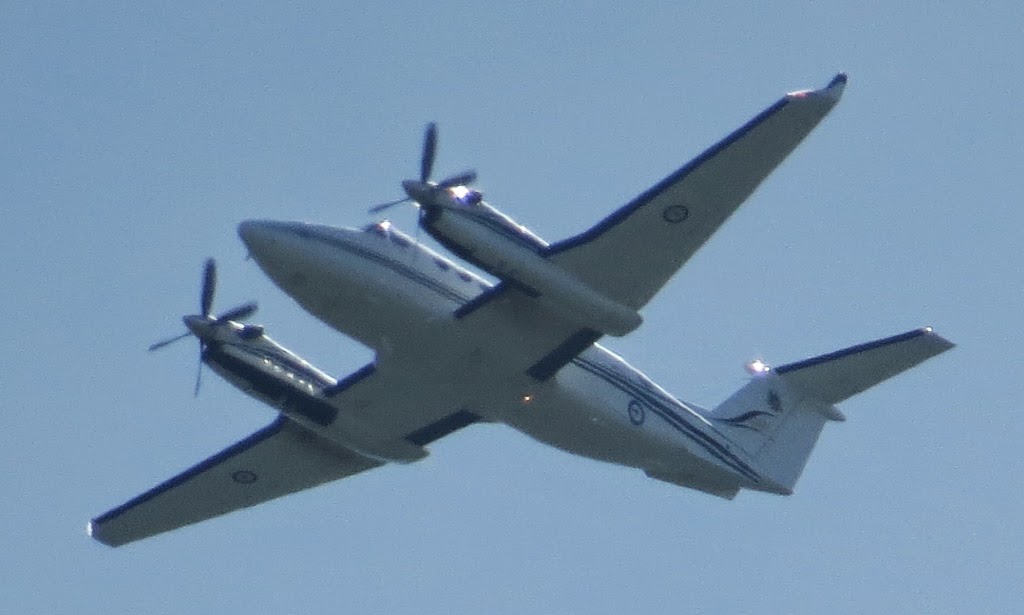 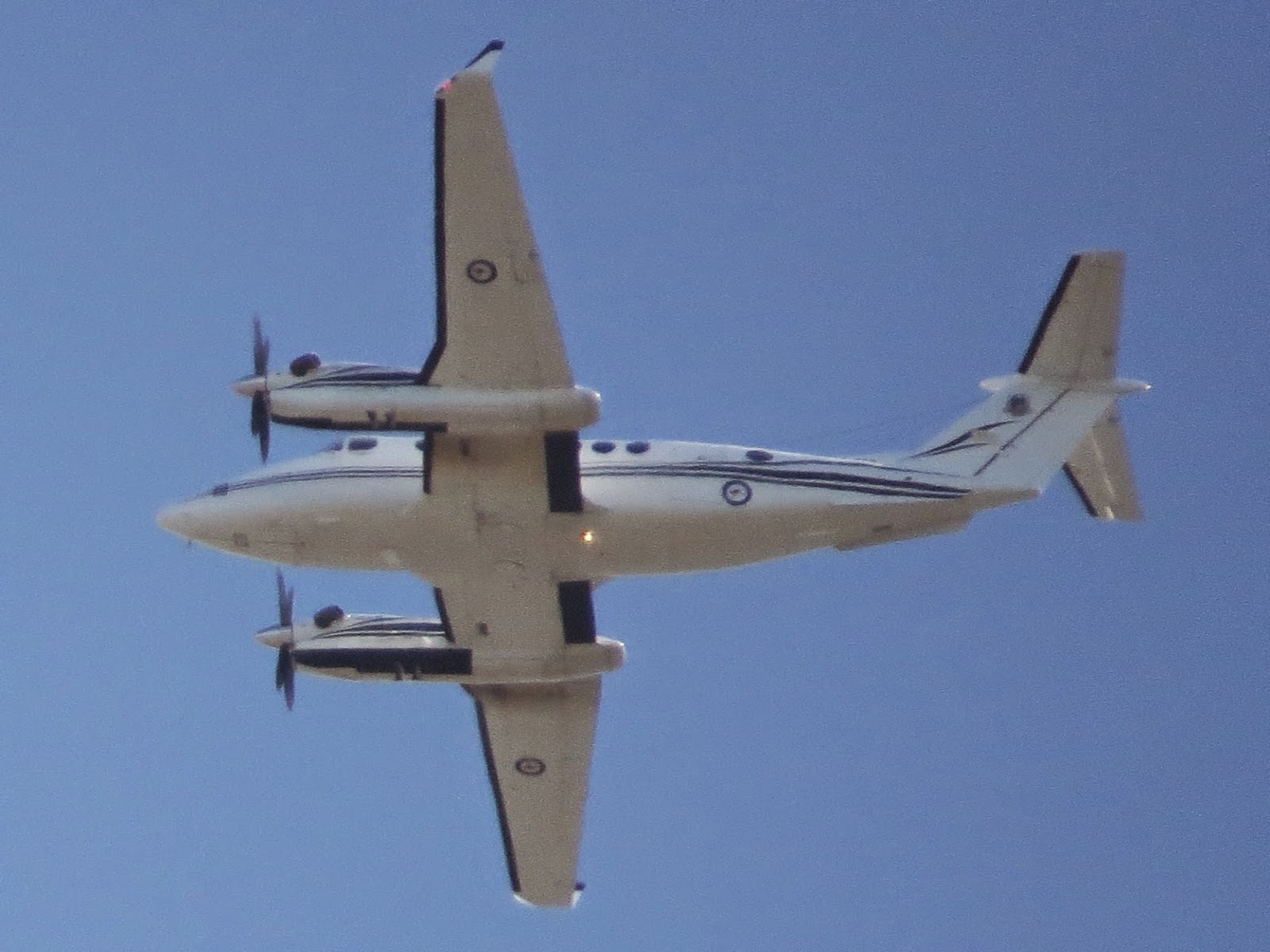 Of interest, fellow RAAF Super King Air A32-437 also called into Rockhampton Airport but on Wednesday 8 April.  Local plane spotter Isaac M was on hand to capture its arrival from the North.  It later departed South and was noted performing airwork at Gladstone before heading back to the North.  A32-437 was heard to be using the radio callsign of "Dingo 17". 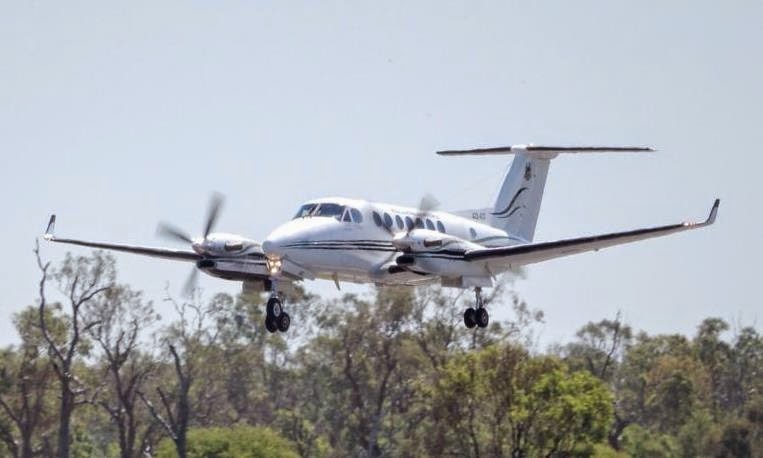 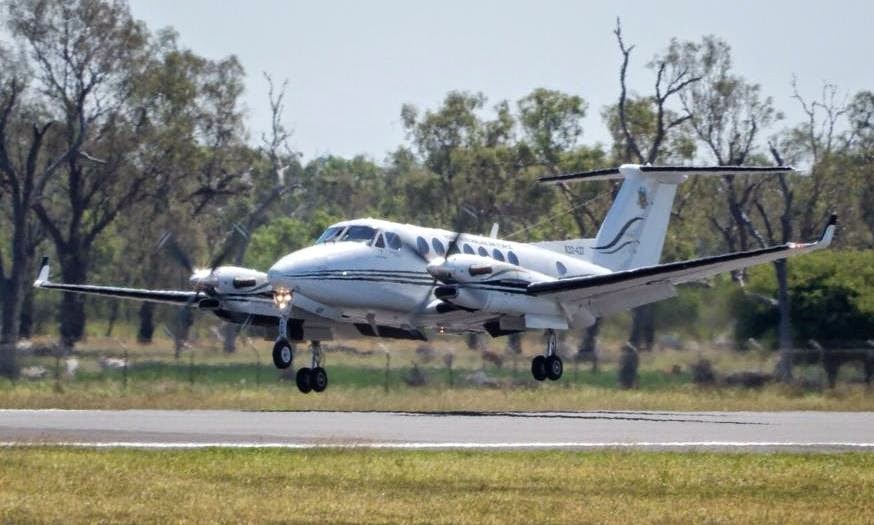 Finally, local plane spotter 'IAD' was on hand on Thursday 9 April to capture some great photos of Australian Army Boeing CH-47D Chinook Helicopter A15-202 as it arrived into Rockhampton from the North. 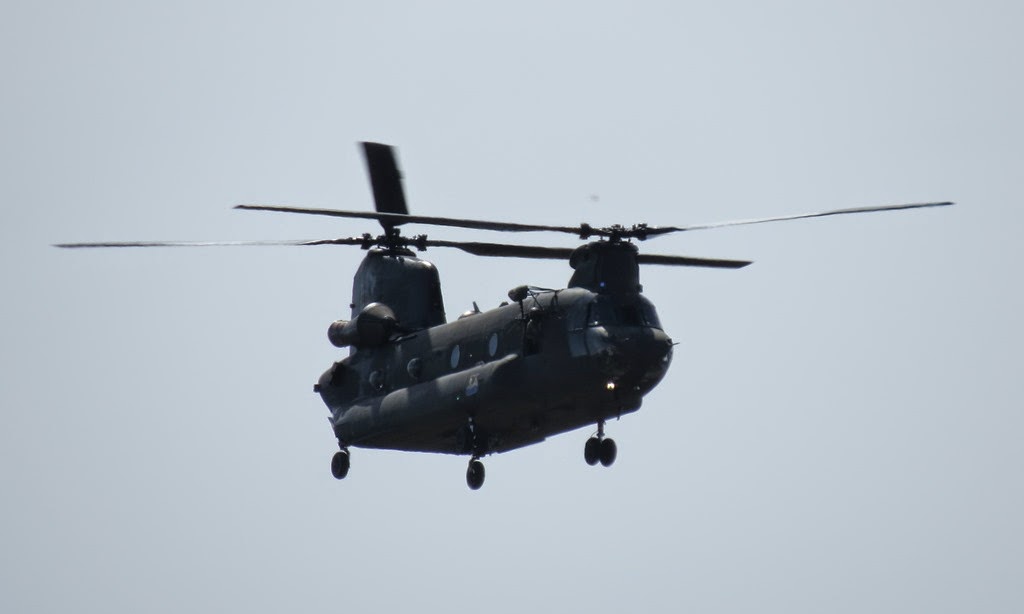 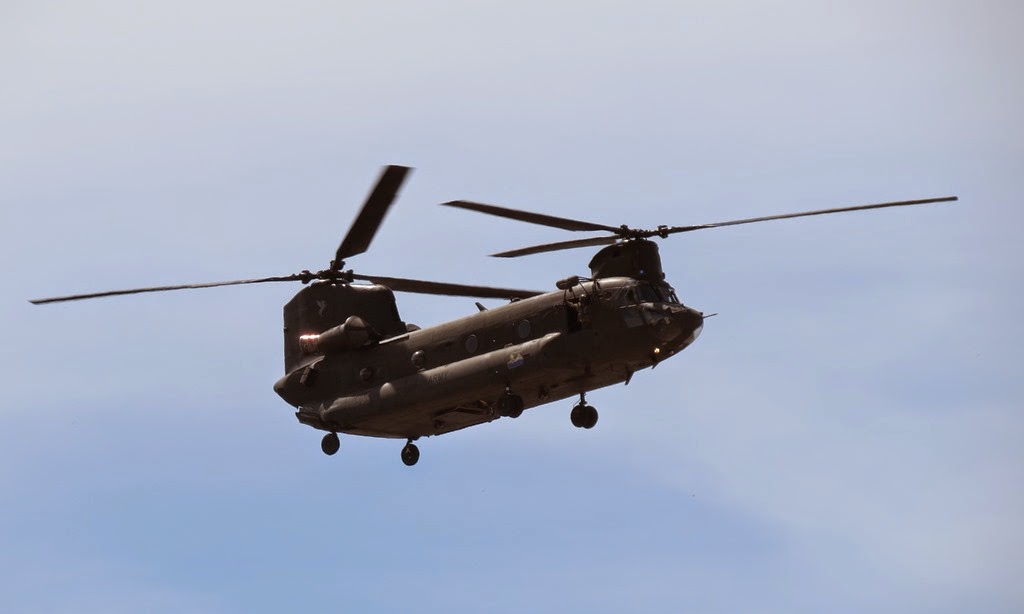 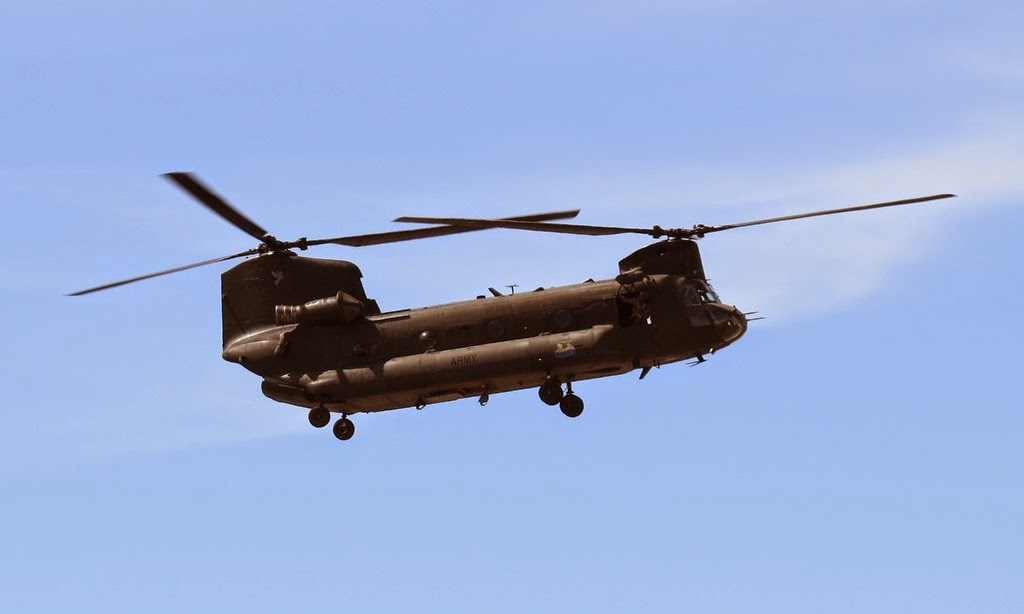 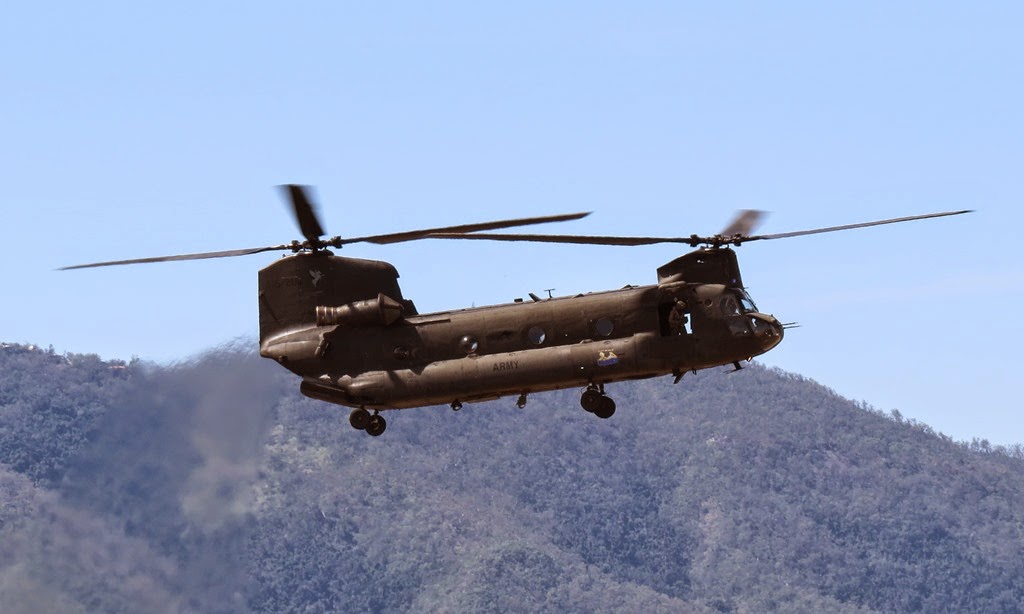 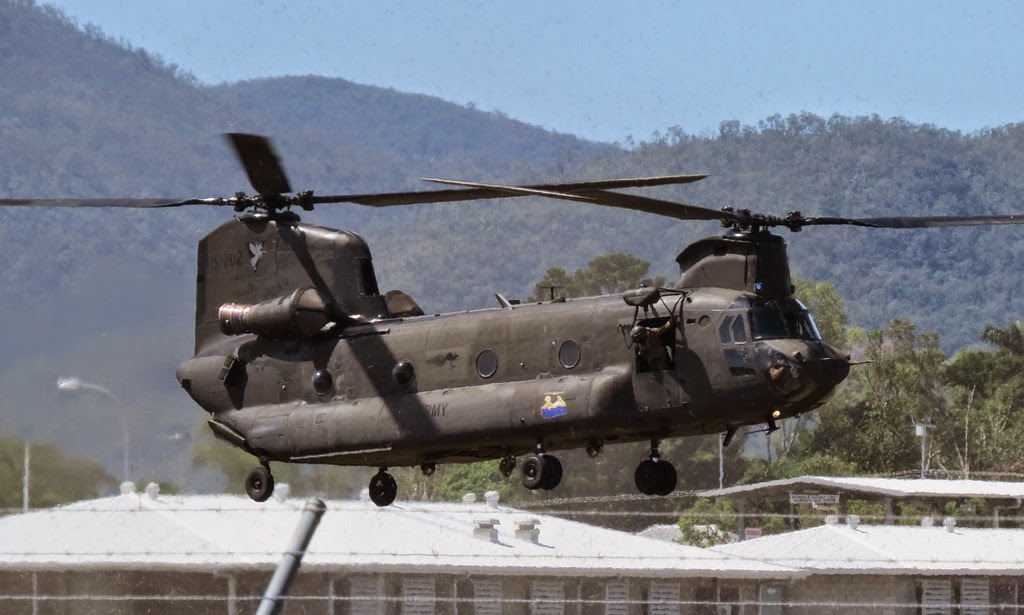 After initially landing at the nearby Army facility, the Chinook, using the radio callsign "Brahman 202", then positioned across to Rockhampton Airport for fuel before it eventually departed to Mackay.