Board member and Newsletter Editor of the Rockhampton Aero Club (RAC) Paul T reports that a great day was had by all at the RAC's Flying Competition at Emu Park Airstrip on Sunday 26 April. 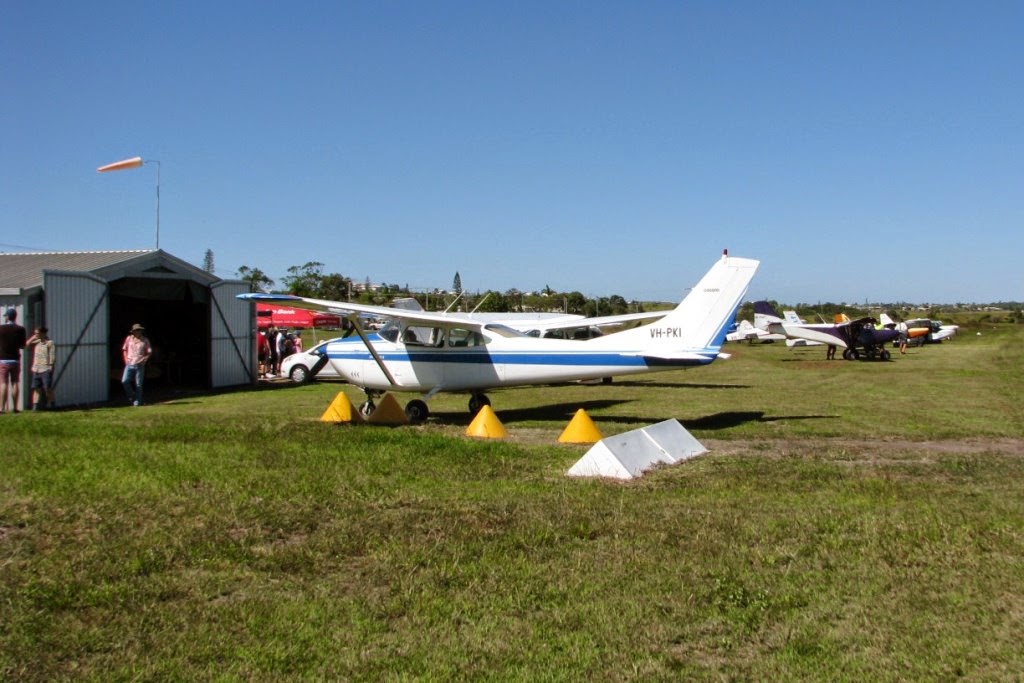 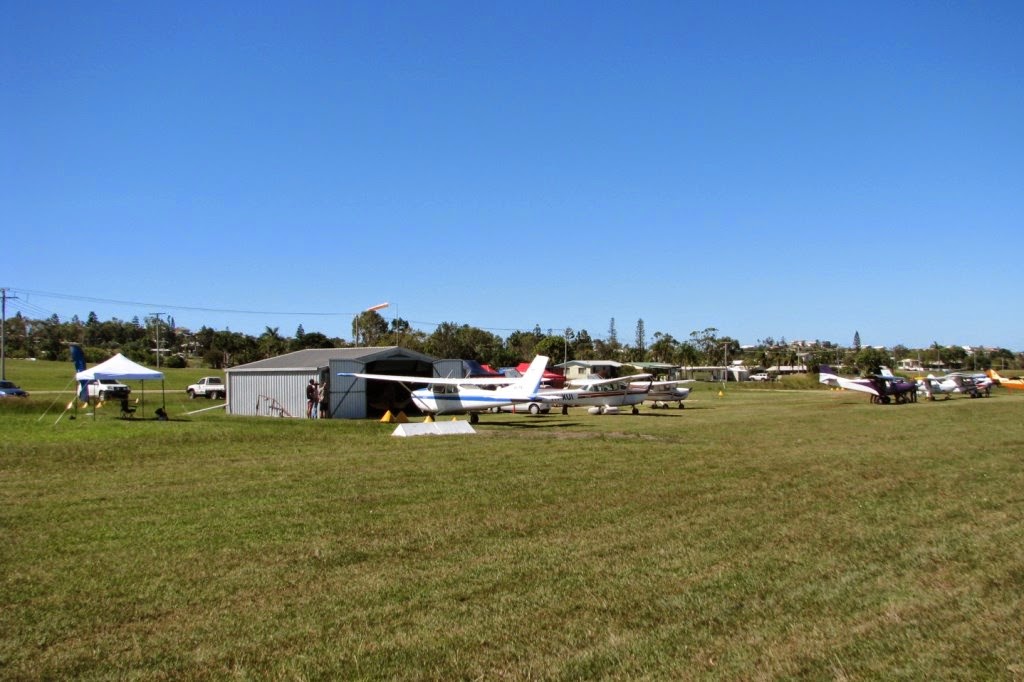 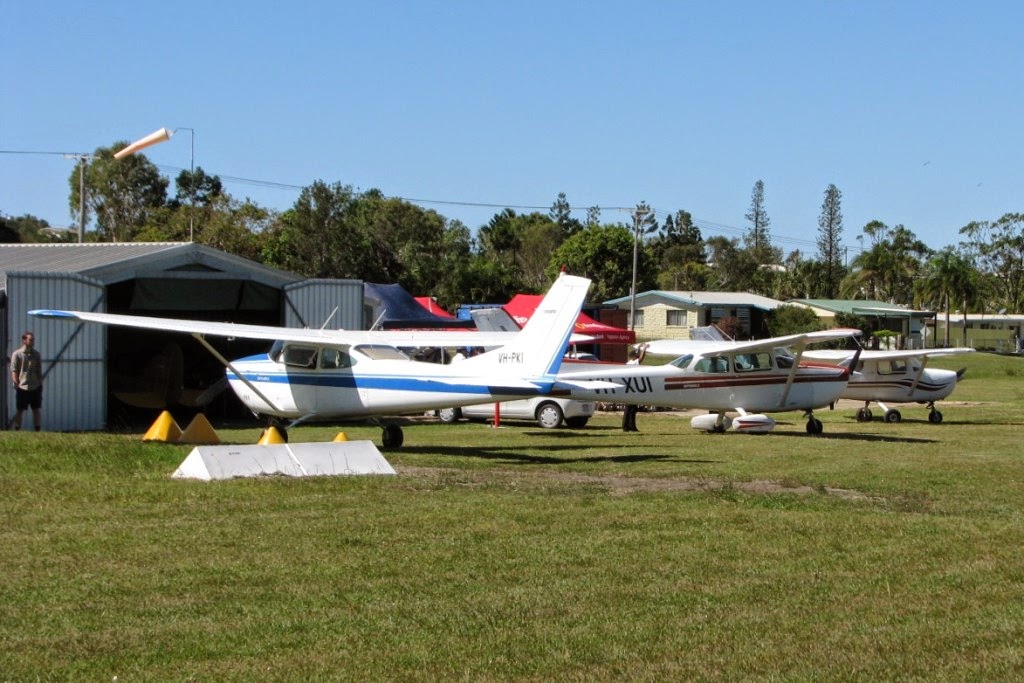 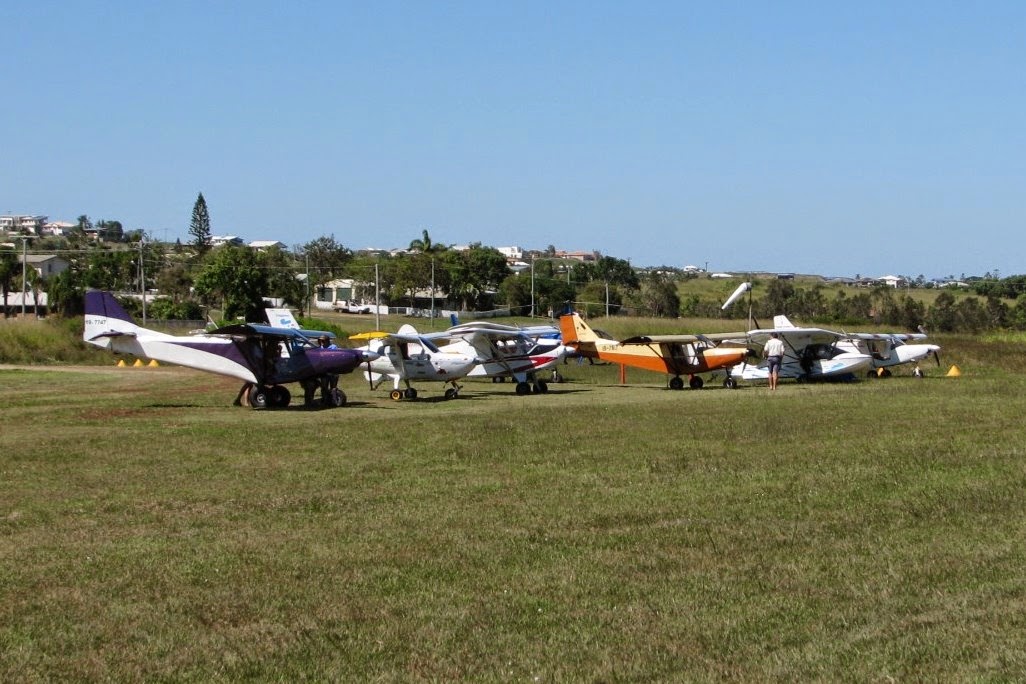 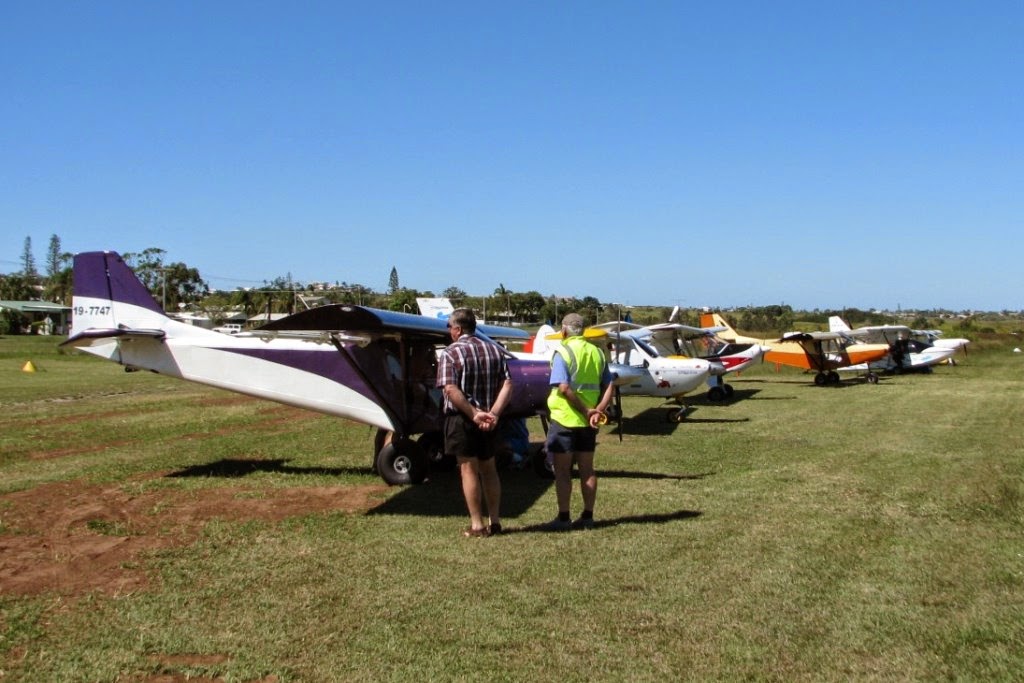 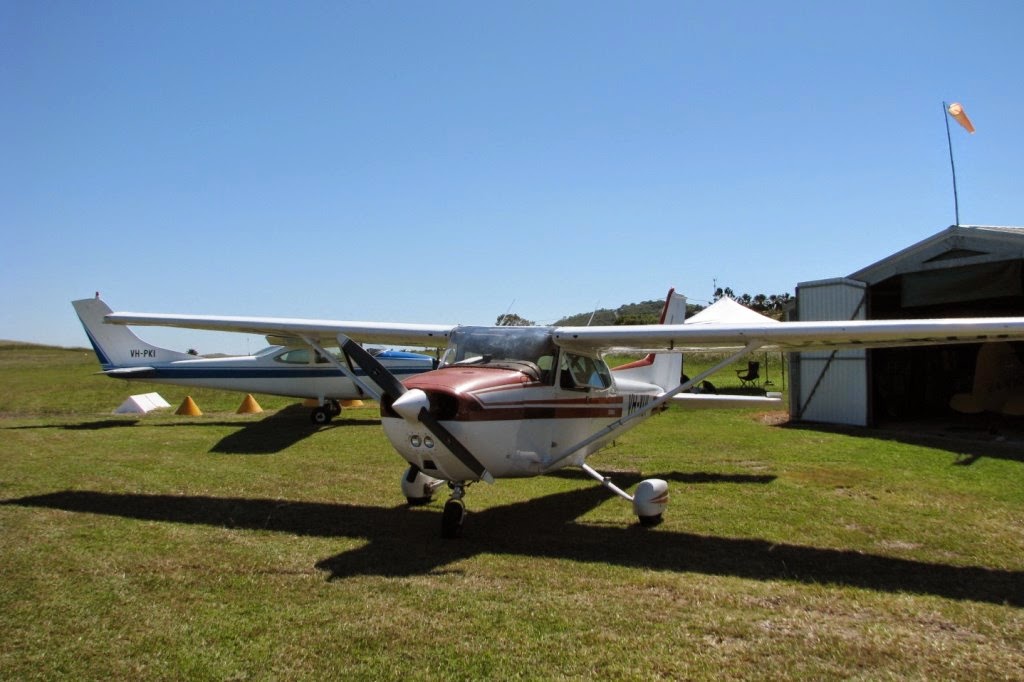 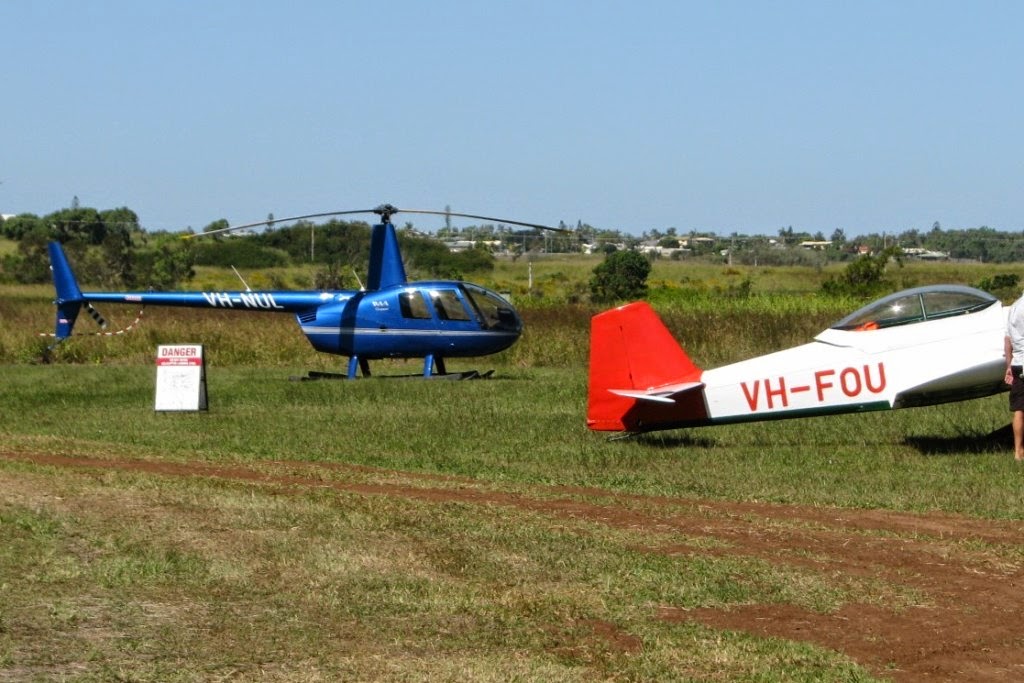 There were a few new entrants who had never flown an aircraft before who 'got in and had a go' - with an instructor of course! 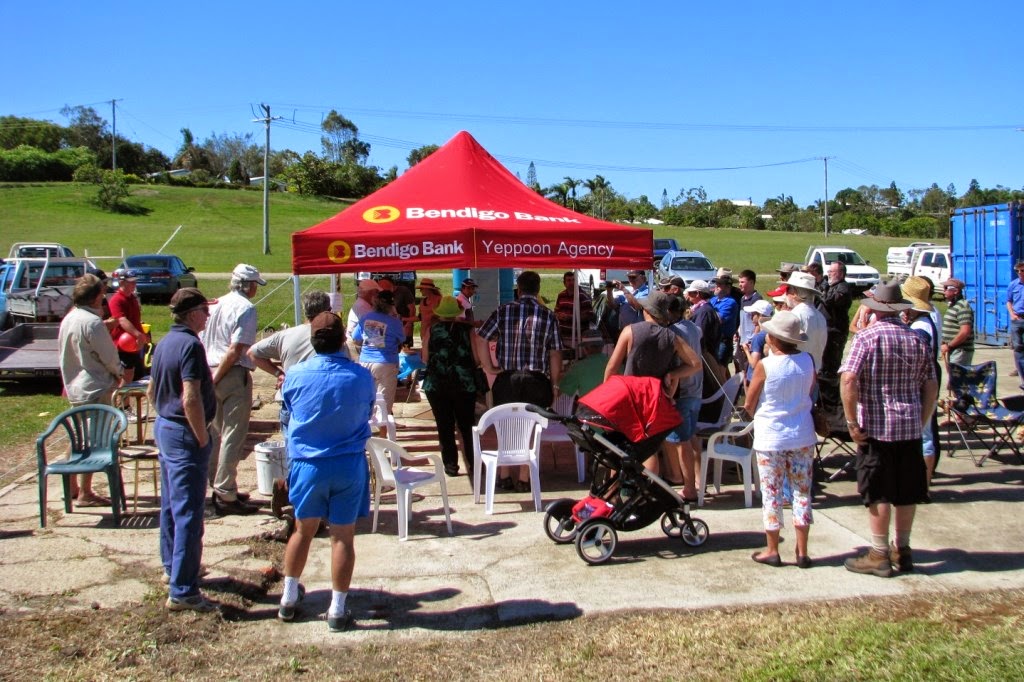 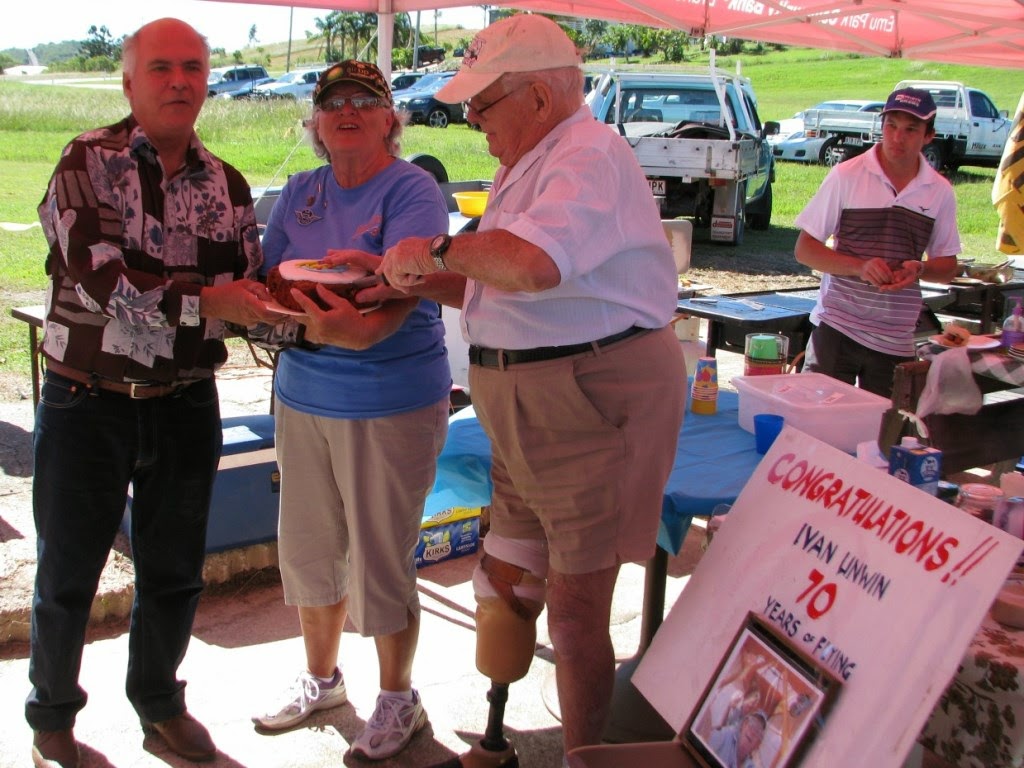 From all reports, and from Paul's photos, it was a fantastic day for flying - and it was also a very special celebration for Ivan Unwin's 70 years of active flying.

Rockhampton plane spotter 'IAD' also ventured to Emu Park and captured some great photos as the flying competition took off. 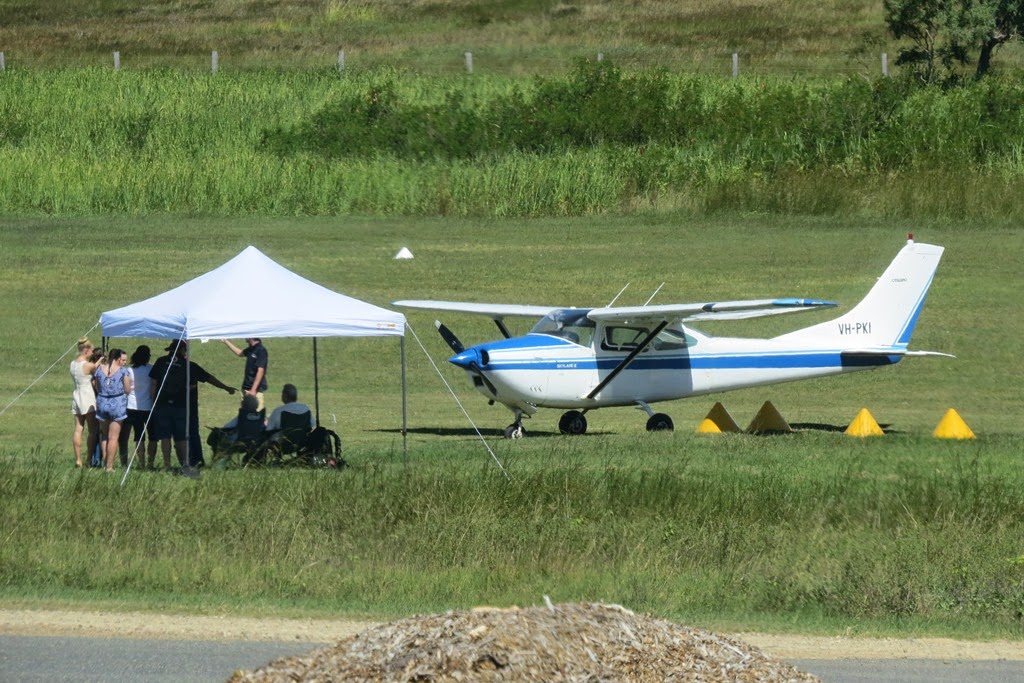 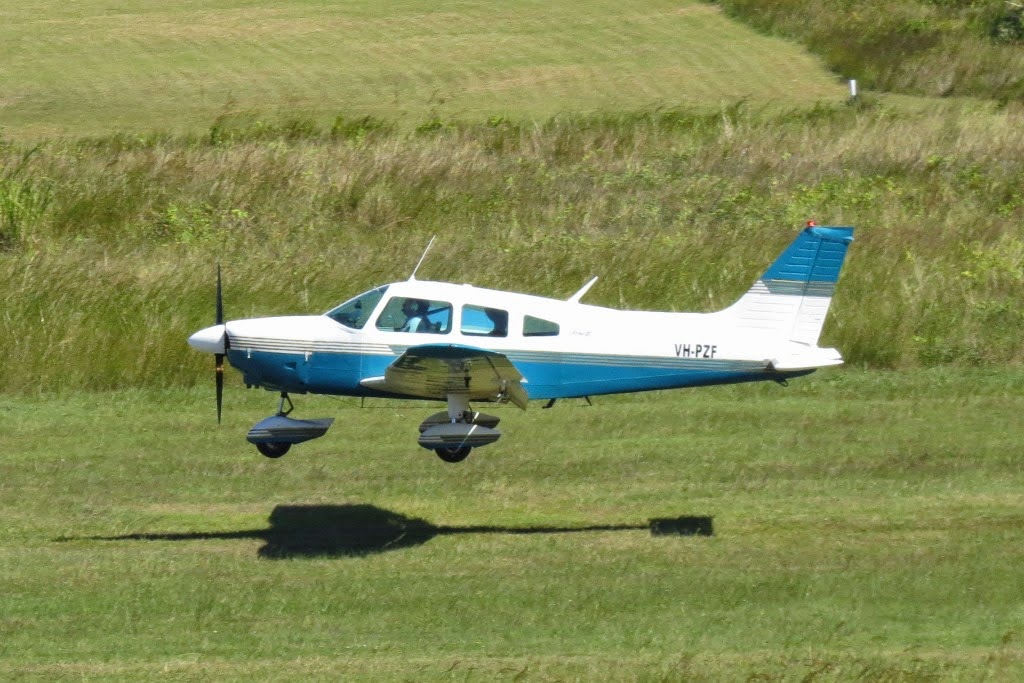 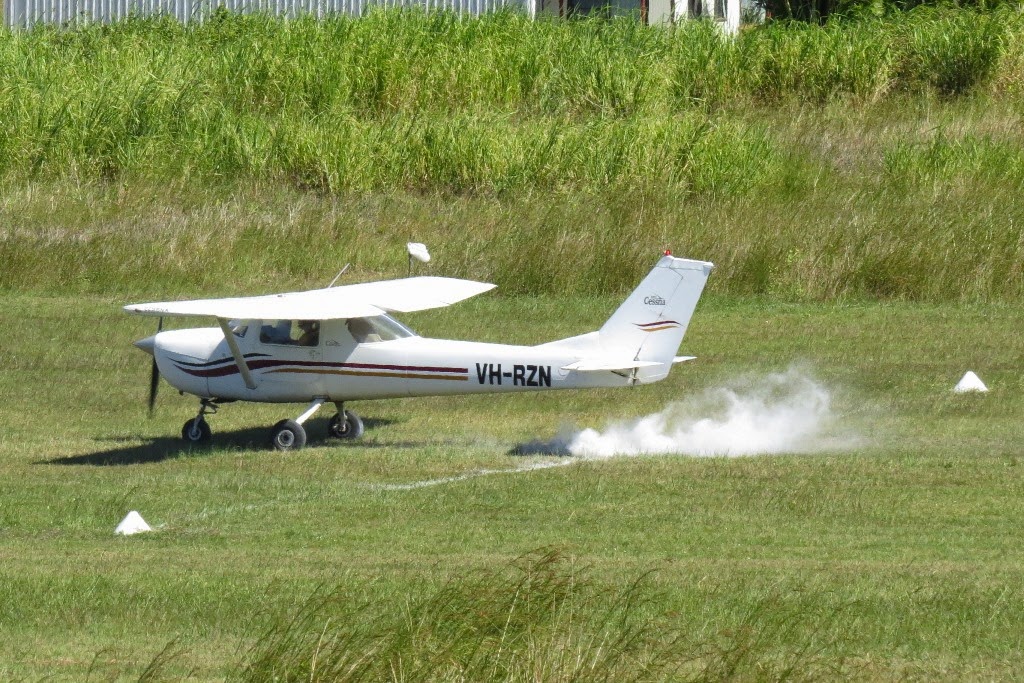 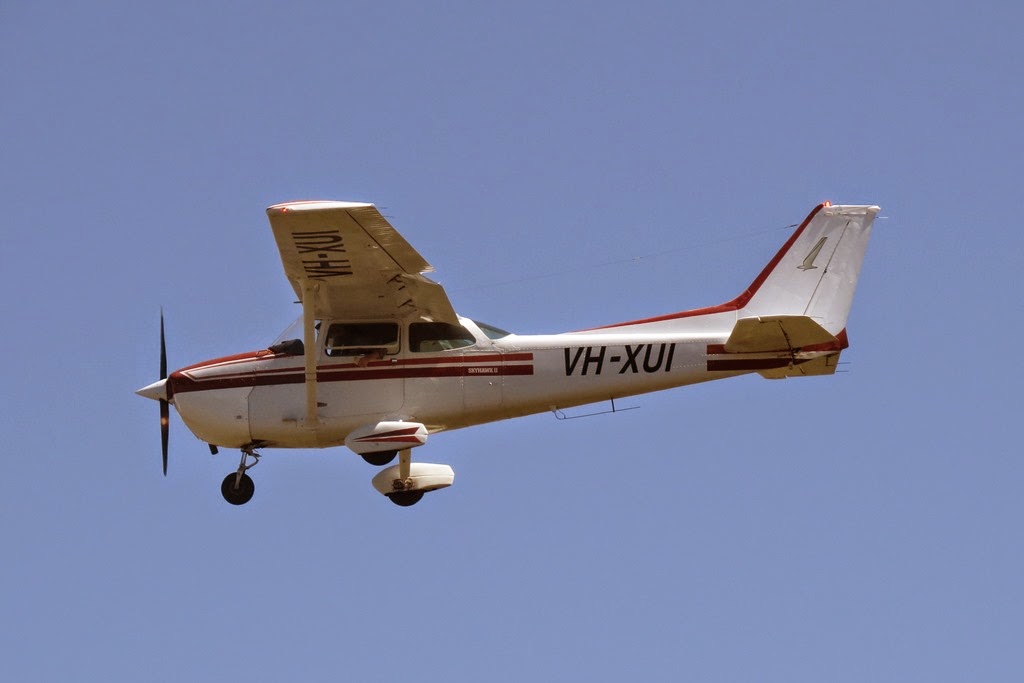 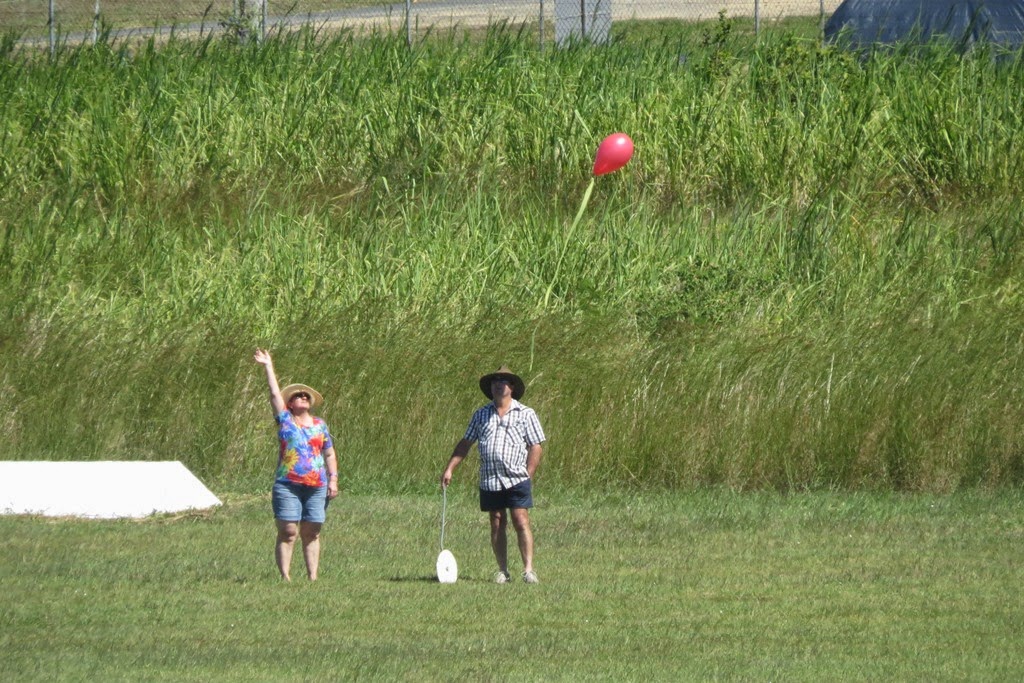 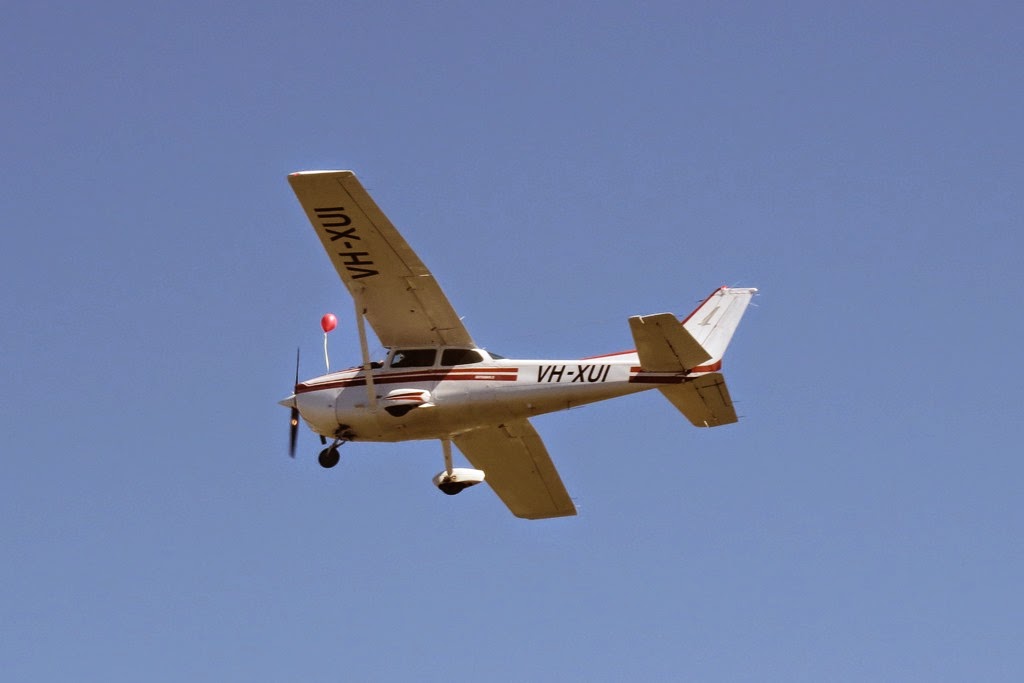 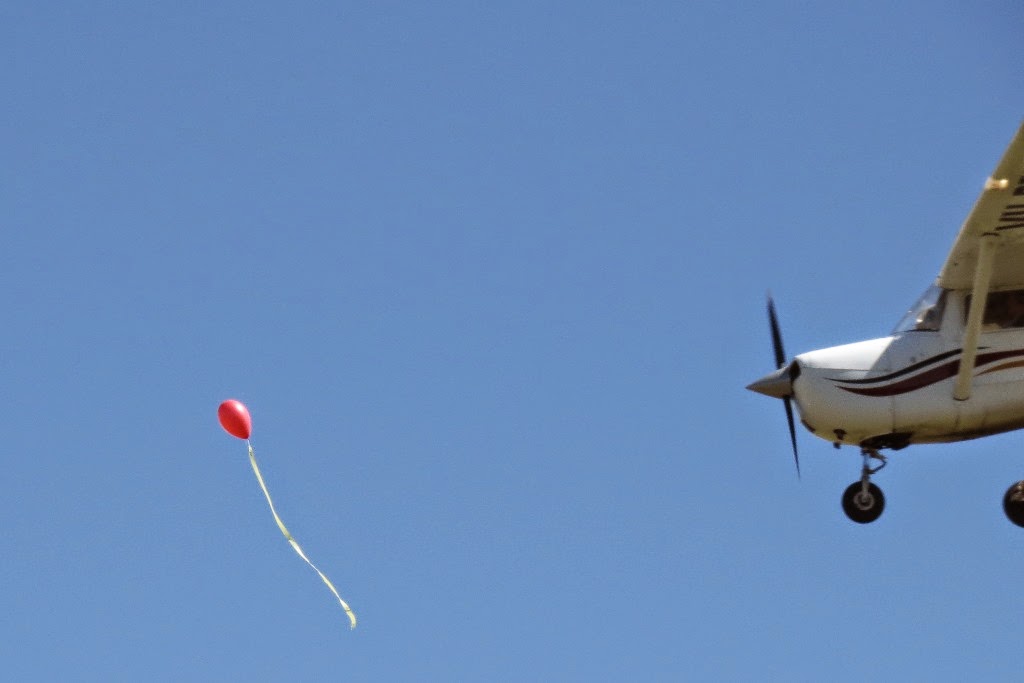 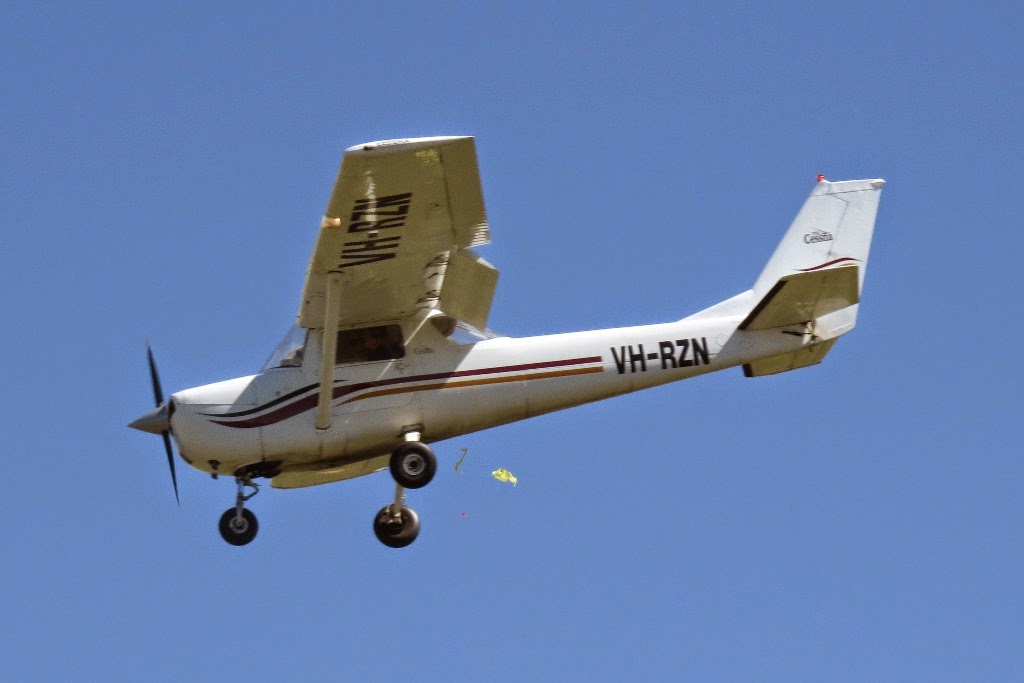 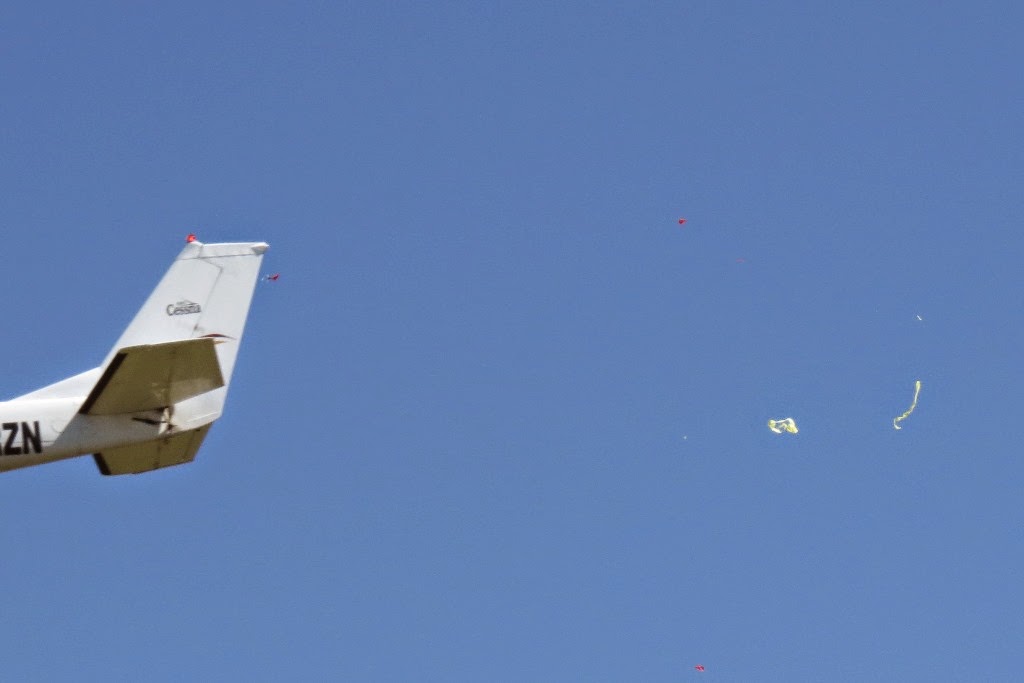 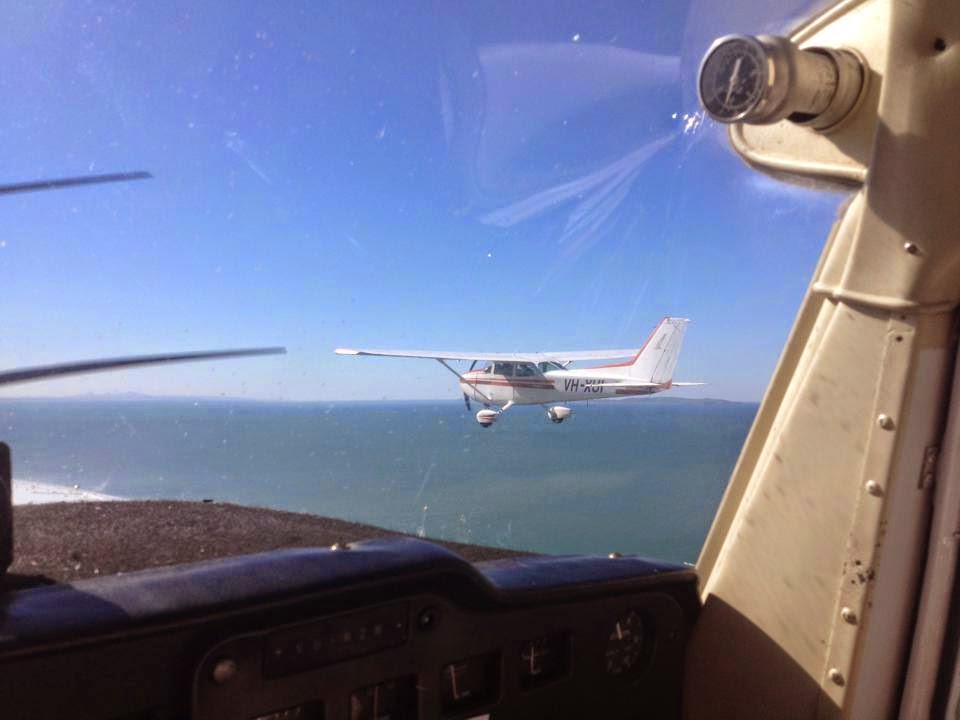 He also captured the stunning photo above from VH-RZN of fellow RAC aircraft - Cessna 172 VH-XUI as they flew from Rocky to Emu Park during the morning on Sunday 26 April.

A great day had by all, and sincere thanks to Paul, 'IAD' and Isaac for allow us to share their great photos of a lovely day at Emu Park!

Of interest, the Rockhampton Aero Club has a couple of interesting events and another competition coming up over the next couple of months starting with a visit from the Civil Aviation Safety Authority (CASA) Aviation Safety Advisors, who are delivering a new series of AvSafety seminars in 2015 – "Safe Skies for All".  The RAC will host one of these informative seminars on Wednesday 13 May.   For more information and registration, visit the CASA website:  http://www.casa.gov.au/

On Friday 1 May and again on Friday 15 May, the Aero Club will host one of their popular Club BBQ's from 6.30pm.  While on Friday 19 June, there will be another flying competition - this time night circuits.

Photos taken by Paul Tyler, 'IAD' and Isaac Matthews  ©
Posted by Damian F at 7:51 AM