Touching down at Rockhampton Airport on Wednesday 8 April was Royal Flying Doctor Service (RFDS) Pilatus PC-12/45 VH-FMP.  The Alice Springs-based Central Operations aircraft visited for most of the from the Alice. 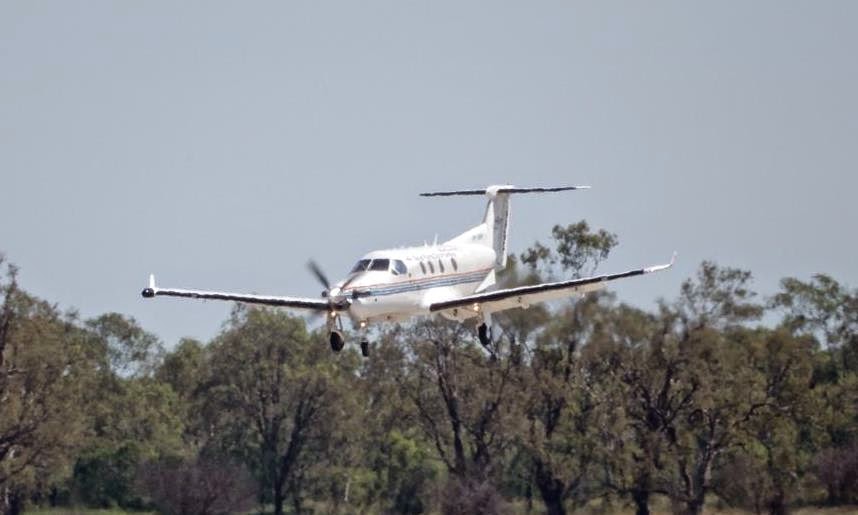 As we reported last week, operations at the RFDS Rocky base have been scaled back over the Easter long weekend in the wake of the incident with Brisbane and Bundaberg based RFDS aircraft, along with the two Careflight Queensland LearJet 45 bizjets VH-CXJ and VH-VVI (pictured below) operating various med-evac flights around parts of CQ. 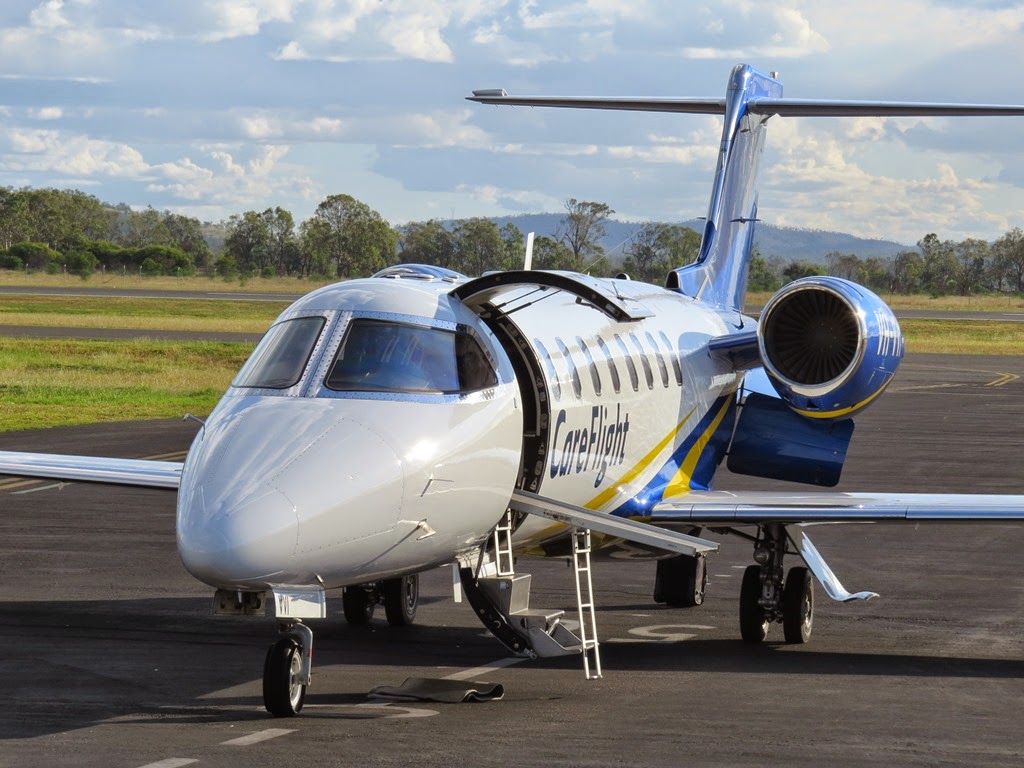 Our thoughts and prayers continue to be with the family and friends of the victims.

Also calling into Rockhampton on Wednesday 8 April was one of Australian Skydive's Cessna 208 Caravans in the form of VH-YMV.  It arrived at Rocky directly from Tyagarah in Northern New South Wales and later departed to Cairns where it will now be based.

The Queensland Government (State of Queensland) Raytheon B300 Super King Air VH-SGQ also touched down at Rockhampton Airport briefly on Wednesday during a busy day of flying which, I assume, was on behalf of the Queensland Police Service.

Meanwhile, calling into Rocky on both Wednesday 8 April and again on Thursday 9 April during a couple of busy days of flying was Bishopp Aviation SOCATA TBM700 VH-VSV.  It has ended its few days of flying back at its Archerfield base. 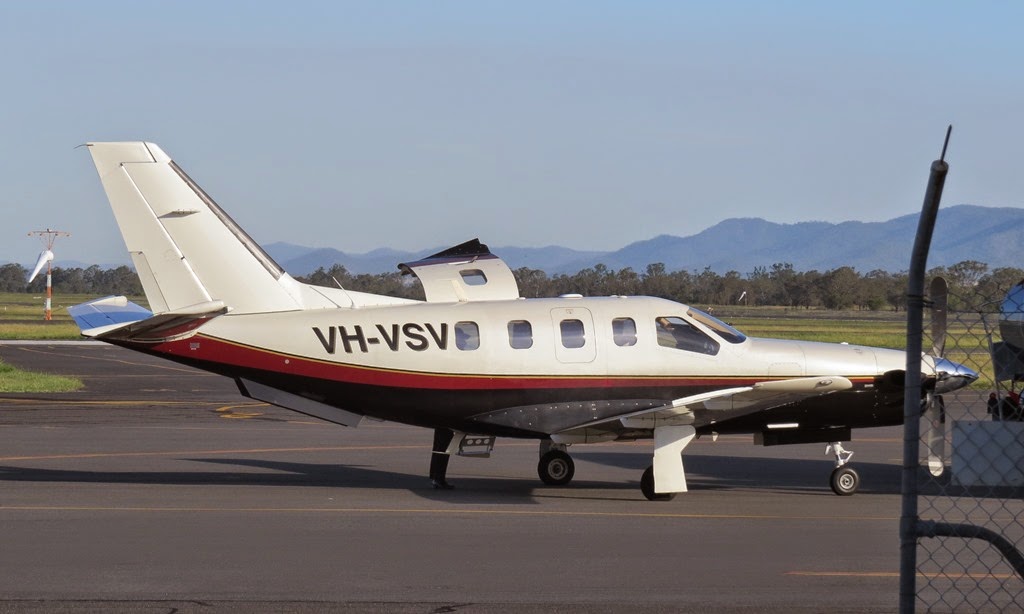 Interair (Photomapping Services) Cessna 402B VH-KCL passed through Rockhampton on Thursday 9 April.  The Melbourne (Essendon) based aircraft - which is usually used on aerial survey flights - has finished its day by touching down at Cairns. 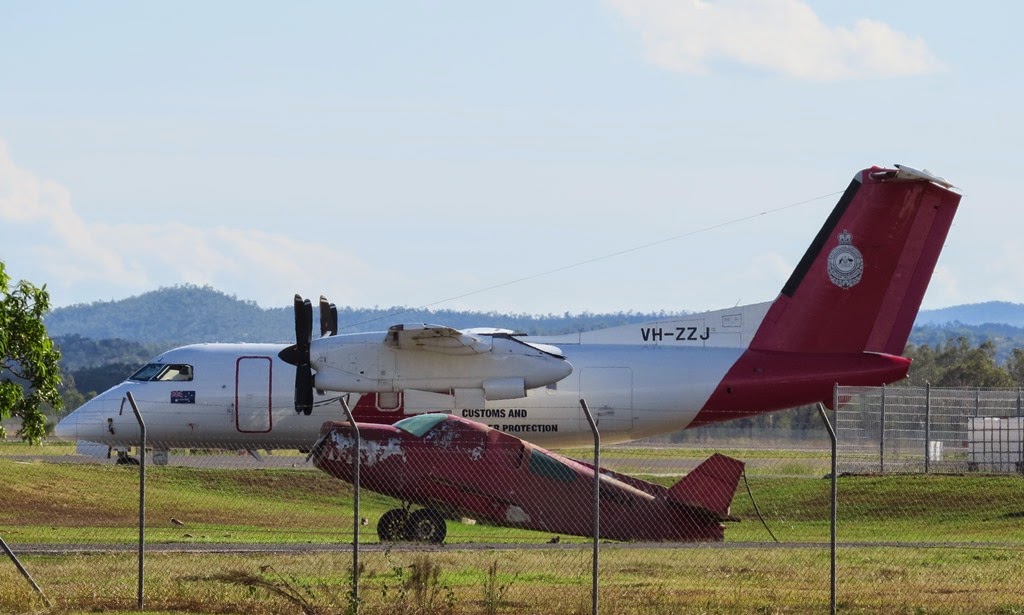 And fellow Dash-8-200 VH-ZZP was also spotted the previous week after arriving as "Customs 112". 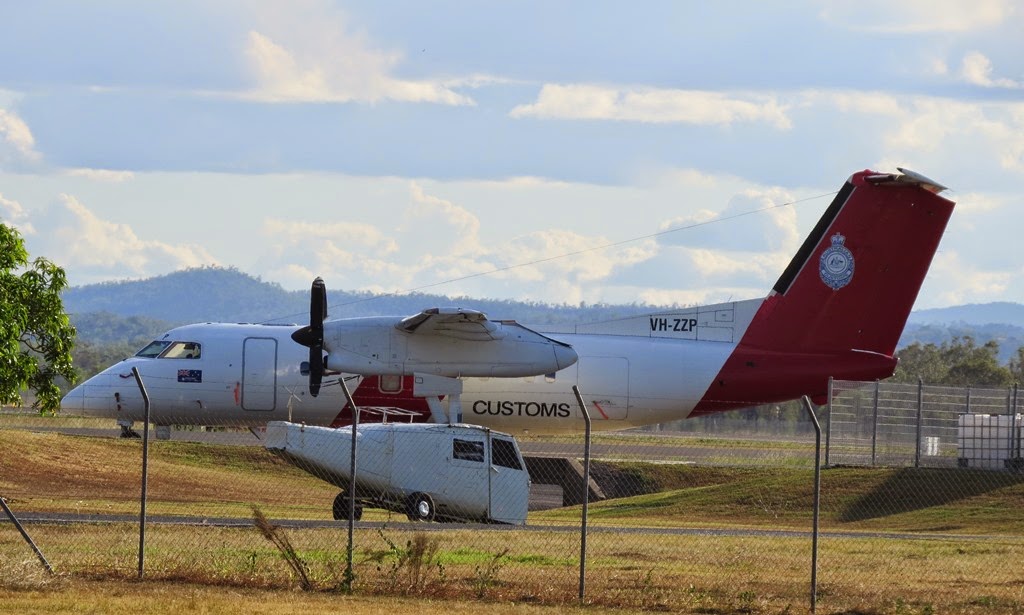 Thanks to the local plane spotters for their assistance in preparing these two posts from Rockhampton Airport.