After operating an hour-long demonstration flight for a local operator, the Beechcraft Corporation's own King Air 65-C90GTi N298KA departed Emerald Airport for Alice Springs around lunch time on Wednesday 1 April.

The smart looking little turbo-prop is on a demonstration tour of Australia and was on display at the recent Australian International Airshow at Avalon.  On Tuesday 31 March, N298KA touched down at Emerald from Bankstown and of interest, from Alice Springs, it flew onto Broome and then overseas.

A little earlier at Emerald Airport, McDermott Aviation Group / Machjet International Beech B200 King Air VH-MWZ passed through from and to parts unknown.

Meanwhile, I ventured to Emerald on Wednesday 1 April - a little too late to see both of the King Airs though - and captured a couple of photos of the visiting Alliance Airlines Fokker F-70 VH-QQY which was operating the weekly UTY1070/1071 Fly-in Fly-out (FIFO) flight from Brisbane and back. 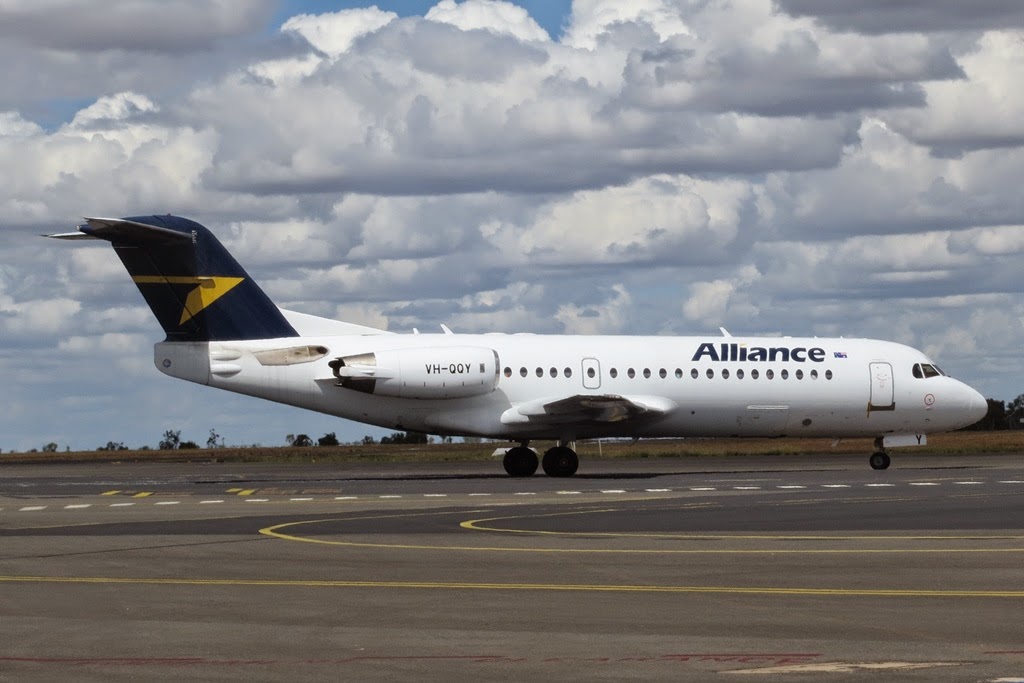 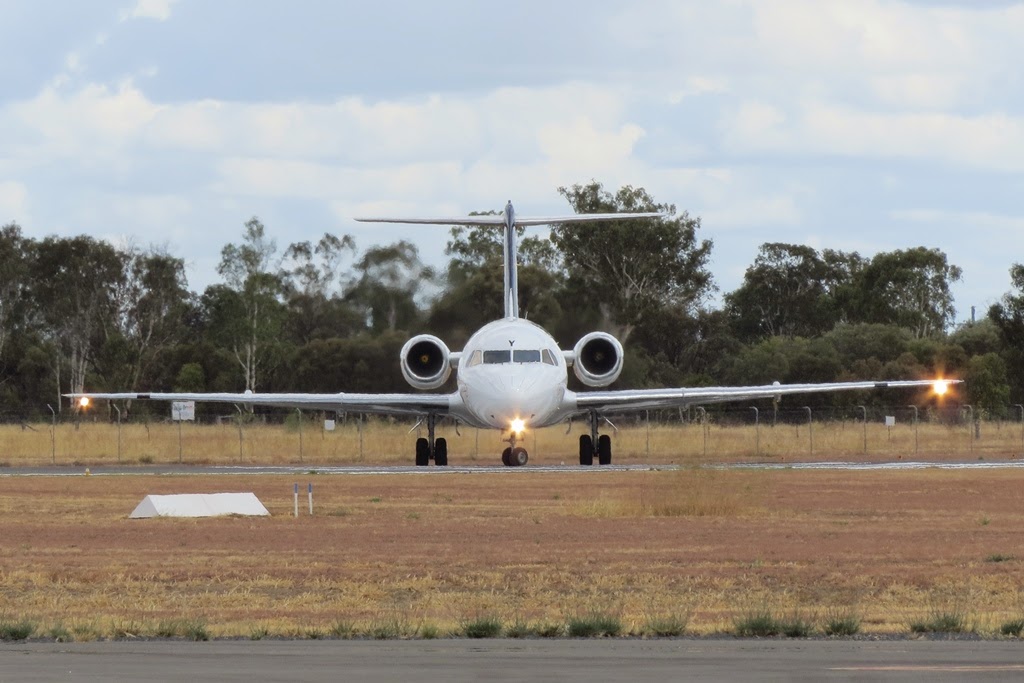 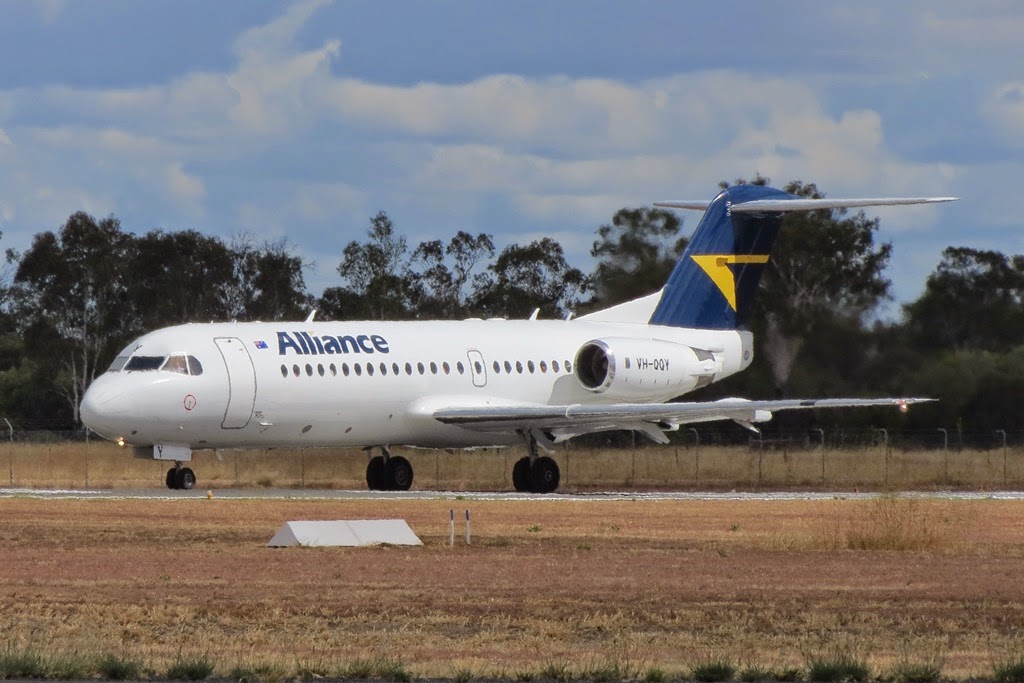 Also a pair of QantasLink Dash-8-Q400s were spotted including Next Gen VH-LQM - which still looks resplendent in its 'Recognise' colour scheme - along with VH-QOT. 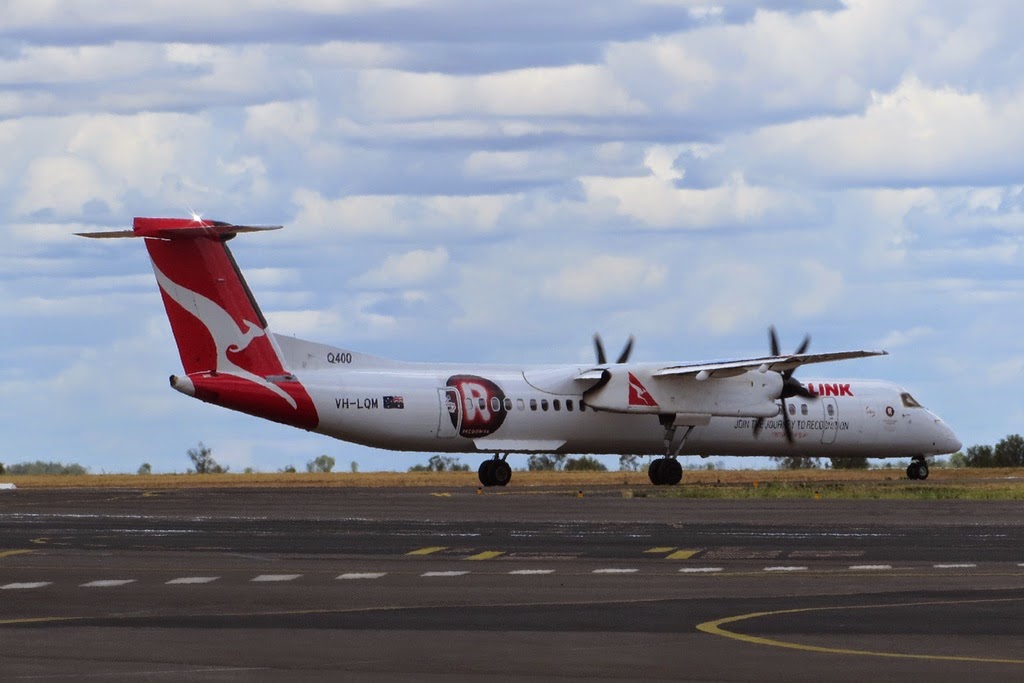 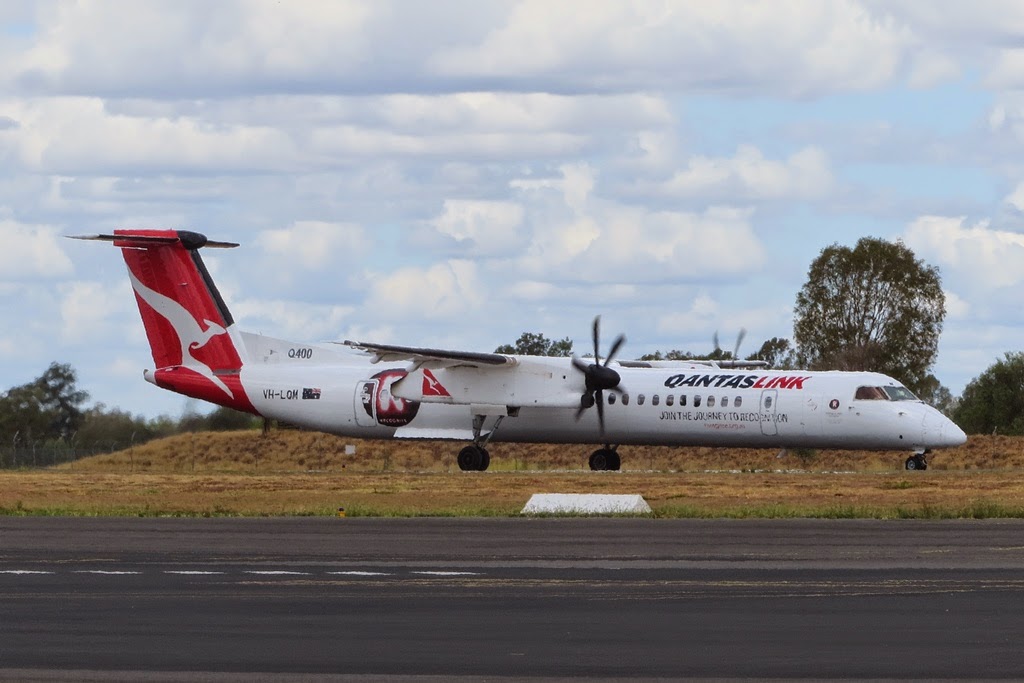 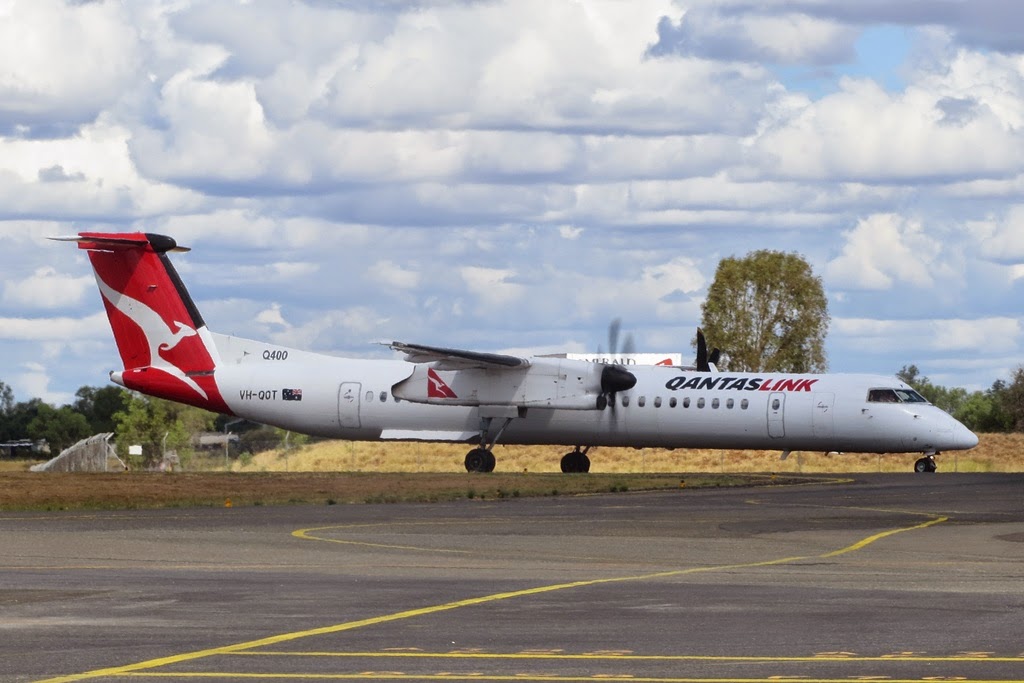 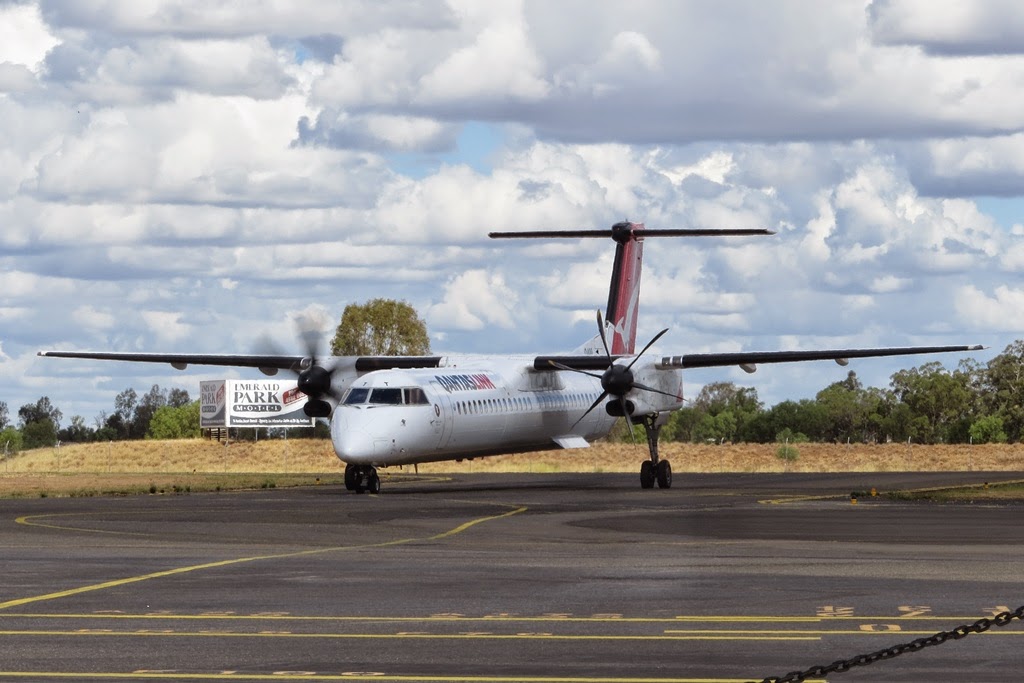 As shown on the photos of VH-QOT, QantasLink has recently enacted a policy where the port-side engine is shut-down after landing and the aircraft taxis to its gate with just the starboard side engine running. 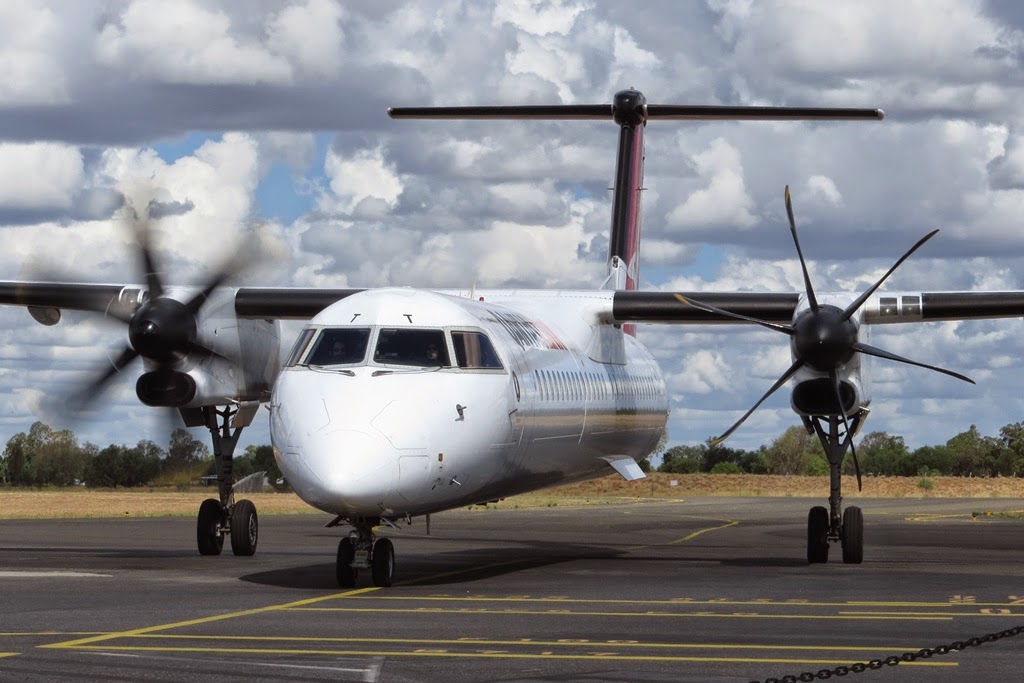 It is reportedly both a cost-saving measure as well as a move to try to have passengers disembark the plane a little sooner than normal.
Posted by Damian F at 7:59 PM