After we mentioned that Royal Australian Air Force (RAAF) Boeing B737-7DF(BBJ) A36-002 overnighted at Townsville, on Tuesday 14 April, it flew South and landed at Gladstone Airport for a short time. 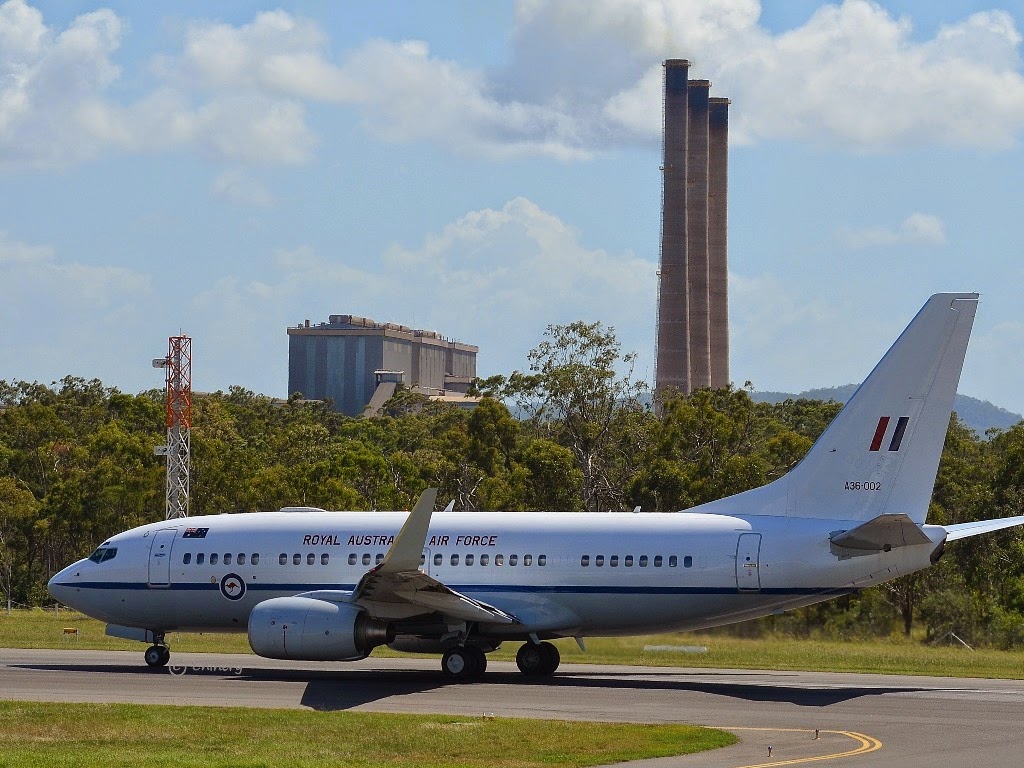 It was later noted to depart to the Gold Coast and Canberra, via a missed approach at Tamworth.