A busy 12 hours or so at Rockhampton Airport with three aircraft of the Royal Australian Air Force (RAAF) VIP 34 Squadron touching down transporting the Australian Prime Minister Malcolm Turnbull and Deputy Prime Minister Barnaby Joyce in and out of town for a series of engagements.

As we reported on our Facebook page, PM Turnbull was noted visiting Western Queensland (Birdsville and Winton) on Wednesday 26 October before touching down at Rockhampton Airport later in the evening on board (RAAF) Canadair CL-600-2B16 Challenger 604 bizjet A37-002 which was noted flying as "Regent 86". 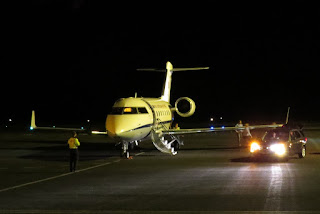 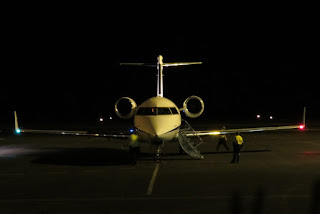 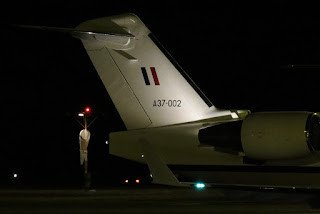 Early on Thursday 27 October, A37-002 departed Rocky for Canberra and it was believed that it may have departed empty.

As it departed, fellow RAAF Canadair CL-600-2B16 Challenger 604 bizjet A37-001 touched down at Rockhampton Airport possibly from Tamworth as "Regent 91".

It is believed that A37-001 brought Deputy PM Joyce to Rocky to join PM Turnbull in Rocky. 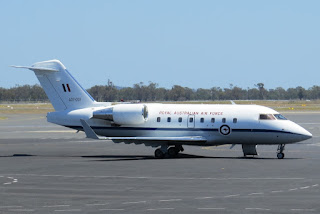 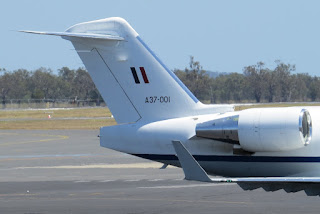 Of interest, it appears that A37-001 also visited Birdsville and Winton during PM's Western Queensland tour with it noted arriving at Tamworth from Winton late on Wednesday 26 October as "Consort 93".

Meanwhile, a little later on Thursday 27 October, the larger RAAF Boeing B737-7DT (BBJ) A36-001 was spotted also arriving into Rockhampton Airport, flying in direct from Canberra as "Wisdom 87". 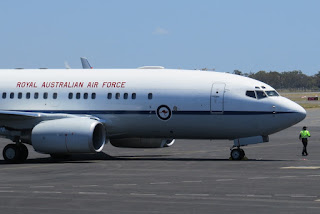 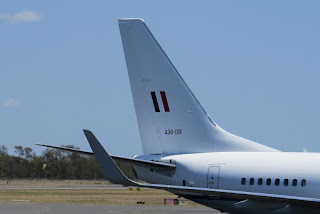 It is believed that PM Turnbull boarded the BBJ and departed to Brisbane a little while later.

Finally, also on Thursday 27 October, Royal Australian Air Force (RAAF) Airbus A330-203 / KC-30A (MRTT) A39-001 was yet again spotted in the skies above Rocky, completing yet another missed approach at Rockhampton Airport, this time as "Dragon 31". 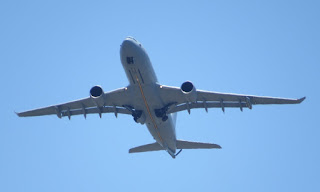 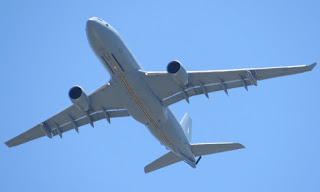 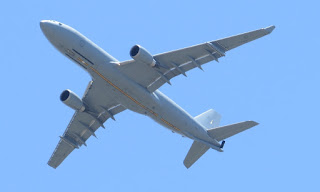 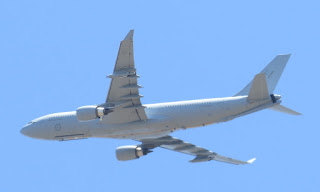 It it believed to have flown down from Townsville and then departed Rocky for RAAF Base Amberley.

And also on Thursday 27 October, a pair of RAAF Beech B350 Super King Air turboprops were noted completing airwork around different parts of CQ.  A32-437 was noted landing at Gladstone Airport for second time this week but as "Dingo 04".  It appeared to be completing aerial survey work.

While an unidentified Super King Air flying as "Dingo 17" was heard to complete a missed approach at Mackay Airport and then Proserpine (Whitsunday Coast) Airport before returning to its Townsville base.

Sincere thanks to Rockhampton plane spotters 'IAD' and Kayanne H for taking the time to capture and send through these great photos - and to Trevor H for providing the information contained in this post!

Photos taken by 'IAD' and Kayanne Hardsman  ©
Posted by Damian F at 8:47 PM