During October and November, Air New Zealand Boeing B787-9 Dreamliner ZK-NZJ operated into Rockhampton Airport several times, flying from and to Singapore's Changi Airport in support of the Singapore Armed Force's Exercise Wallaby 2016. 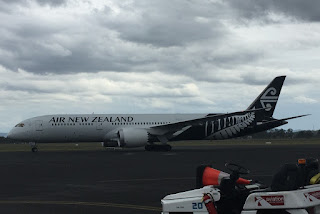 On one visit to Rocky, local plane spotter Travis W was lucky enough to be invited airside and he was able to capture some great photos as ZK-NZJ (MSN: 37966) pulled into Gate 6 and then again as it was being prepared to return to Singapore. 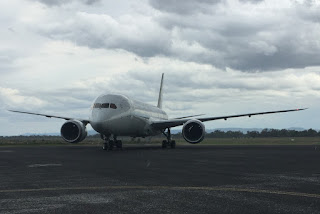 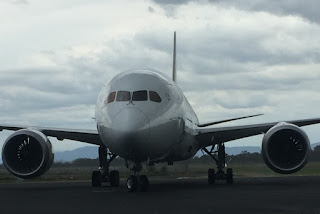 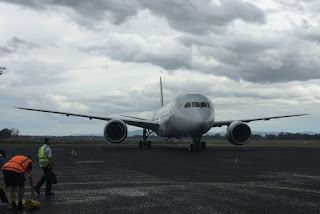 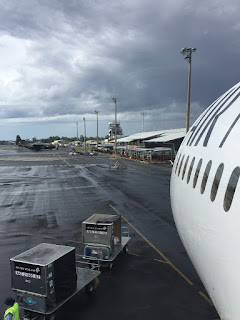 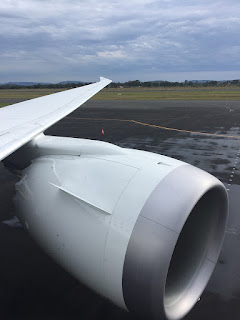 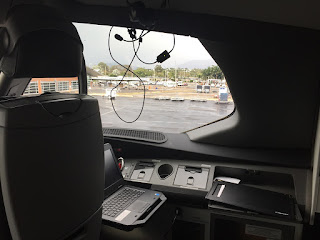 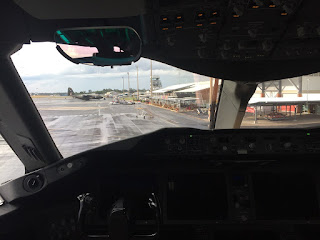 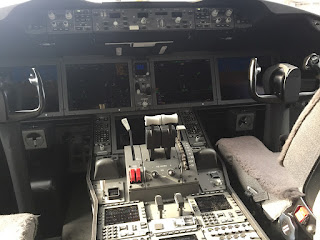 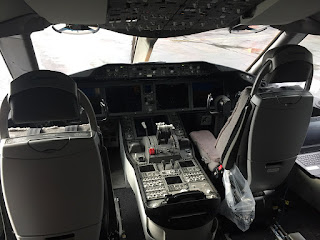 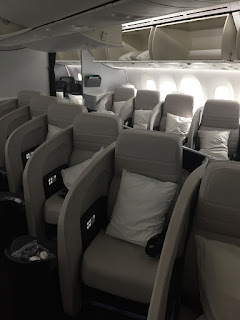 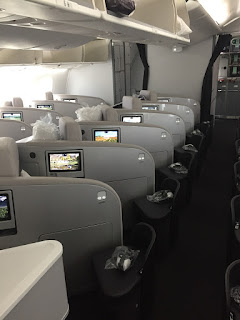 Travis tells us that ZK-NZJ still had that 'new plane' smell!

Sincere thanks to Travis for taking the time to capture and send through these awesome photos!

All photos taken by Travis Whiting  ©
Posted by Damian F at 7:17 PM