It is expected that Antonov Airlines (Antonov Design Bureau) AN-124-100 'Ruslan' UR-82007 will arrive into Rockhampton Airport around 8.00am on Wednesday 9 November from Melbourne (Tullamarine) Airport.  It had arrived in Melbourne on Monday 7 November from Senai (Johor Bahru) and Darwin carrying two Rheinmetall 8x8 Boxer Armoured Personnel Carriers, along with associated spare parts and gear, which are destined for the Australian Army.

In this special post, we are very fortunate to be able to share some awesome photos taken by Melbourne-based aviation enthusiast Zac T from inside the massive Ukrainian-registered aircraft including a look at the flightdeck. 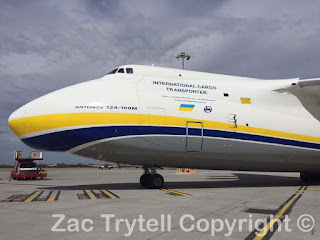 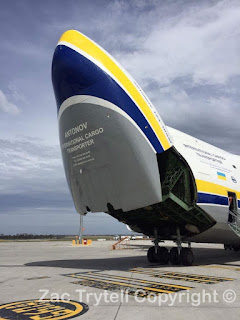 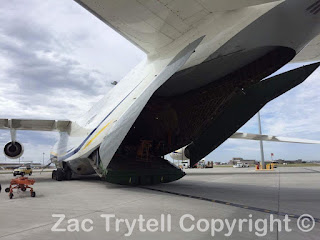 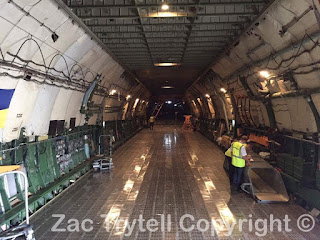 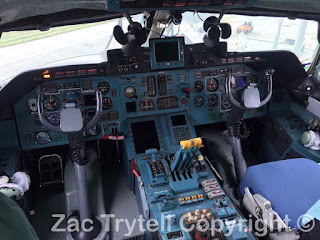 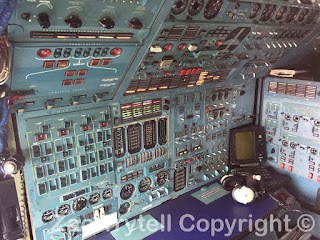 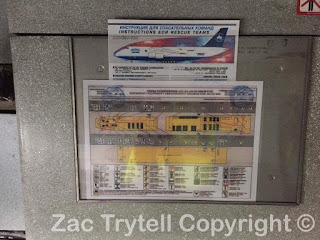 As we've mentioned numerous times, AN-124 UR-82007 will make three visits to Rockhampton Airport over the next week or so, transporting the remaining Republic of Singapore Air Force (RSAF) Boeing AH-64D Apache and Boeing CH-47SD Chinook helicopters home to Paya Lebar Air Base in Singapore following the completion of the Singapore Armed Force's Exercise Wallaby 2016.

Sincere thanks Zac T for allowing us to share his awesome photos!

All photos taken by Zac Trytell  ©
Posted by Damian F at 9:44 PM