On Tuesday 15 November, Royal Australian Air Force (RAAF) Canadair CL-600-2B16 Challenger 604 bizjet A37-003 of the VIP 34 Squadron was photographed by local plane spotter 'IAD' as it called into Rockhampton Airport from Townsville as "Envoy 48".  This was its second attempt at a landing after earlier completing an overshoot on its initial attempt at landing. 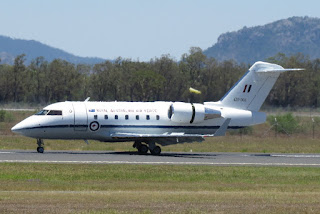 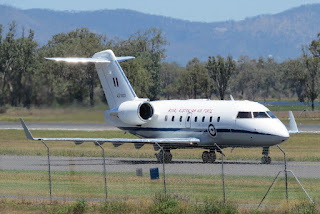 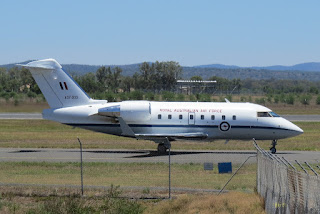 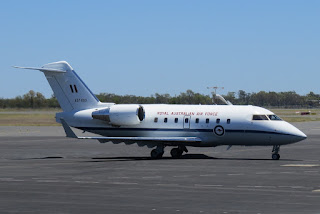 It later departed to South.

On Monday 14 November, A37-003 "Envoy 48" had passed through Barcaldine Airport, arriving from the South and later departing to Townsville.

Meanwhile, also on Monday 14 November, RAAF Lockheed C-130J-30 Hercules A97-464 was noted descending into Mackay Airport where it looked to complete some airwork including at least one missed approach.  It was heard to be using the radio callsign of "Ausy 798".