Sadly, the Singapore Armed Force's Exercise Wallaby 2016 is coming to an end and on Wednesday 2 November, the Republic of Singapore Air Force (RSAF) helicopters deployed to Rockhampton Airport looked to complete their final flights. 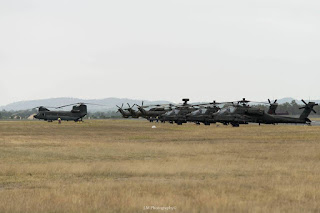 Local photographer Jason from J.M Photography posted a stunning album of images on his Facebook Page (click HERE to check them out!) as the four RSAF Boeing AH-64D Apache, four RSAF Boeing CH-47SD Chinook and six RSAF Aerospatiale / Eurocopter AS332M Super Puma helicopters which have been deployed to Rocky during Exercise Wallaby 2016 completed their final flights from Warriors Camp and Rockhampton Airport to the Shoalwater Bay Training Area (SWBTA) and back. 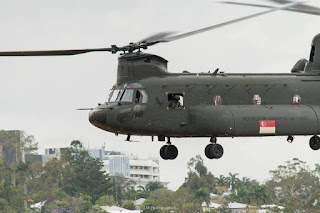 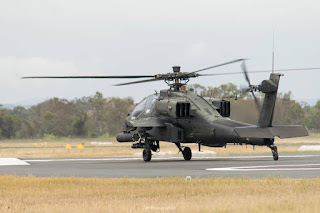 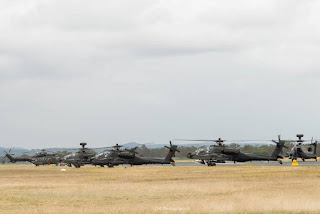 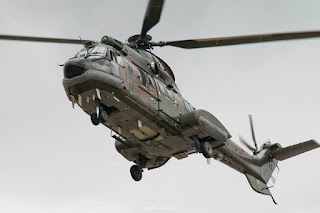 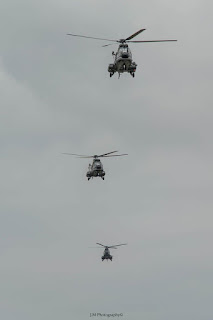 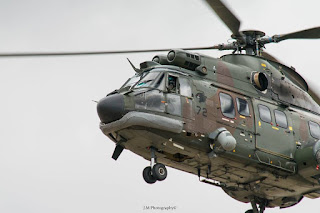 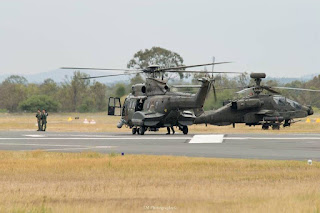 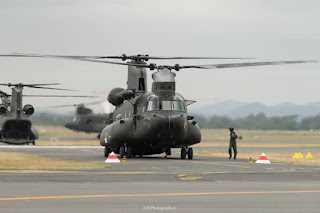 And over the last week or so, the RSAF helicopters have also been participating alongside elements of the Australian Defence Force (ADF) and with The Singapore Army and the Republic of Singapore Navy during the bilateral ship-to-shore Exercise Trident which has run in conjunction with Exercise Wallaby 2016.

On Friday 4 November, four of the RSAF Super Puma helicopters were noted departing Rockhampton Airport on return to Oakey Army Aviation Base where they are usually based using the radio callsign "Diamond".

It has also been noted that at least three of the Apaches had their blades removed and had been prepared for uplift back to Singapore - along with the four Chinooks - on board one of three outbound Antonov AN-124 flights from Rockhampton Airport over the next week or so. The Rockhampton Regional Council has announced that the Antonov AN-124 will return on Wednesday 9 November, Sunday 13 November and Thursday 17 November touching down around 8.00am each time.  The massive cargo aircraft will be loaded and is planned to depart Rockhampton Airport around 8.00pm on the same day.

Finally, the fourth and final 'wave' of heavy jet passenger charter flights in support of Exercise Wallaby 2016 will touch down at Rockhampton Airport over the weekend with an Air New Zealand Boeing B777-200 and Boeing B787-9 Dreamliner expected to touch down at 7.30pm and 9.00pm on Saturday 5 November, while the final visit will be on Sunday 6 November.