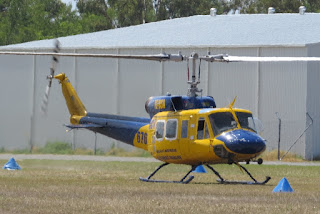 The Papua New Guinea (PNG) registered 'Huey' is one of several that McDermott Aviation / Heli-Lift Australia operates around Australia on contract to local bushfire fighting authorities. 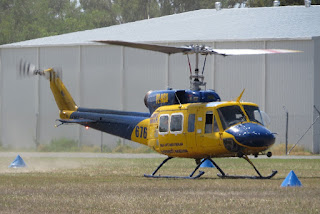 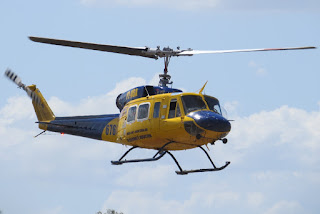 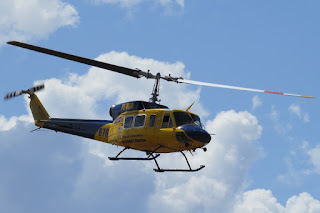 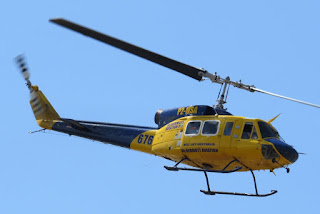 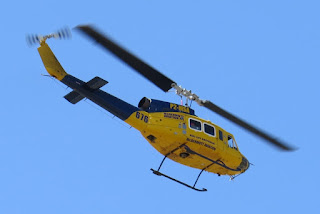 P2-MSA was noted to arrive into Rocky from the South and after taking on fuel, it continued North to Mackay Airport.

UPDATE!  P2-MSA was noted departing Townsville Airport for Cairns and then Cooktown on Thursday 1 December.

Meanwhile, also on Wednesday 30 November, fires in the vicinity of (or even within) the Shoalwater Bay Training Area (SWBTA) has seen locally based fixed-wing aircraft depart Rockhampton Airport for operations in the area.  R-Mach Aviation Ayres S2R Turbo Thursh VH-NFF "Bomber 407" was noted completing water-drops while Old Station (at Raglan) based Cessna 182D VH-RDQ has been noted completing reconnaissance flights to the North and South of Rocky as "Firespotter 403". 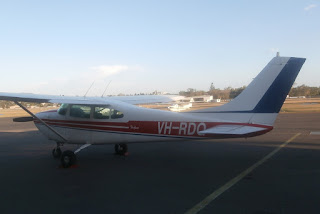