A much smaller but still enthusiastic crowd was on hand late on Wednesday 9 November as Antonov Airlines (Antonov Design Bureau) AN-124-100 'Ruslan' UR-82007 made a spectacular departure from Rockhampton Airport as ADB2396 to Darwin and Paya Lebar Air Base in Singapore. 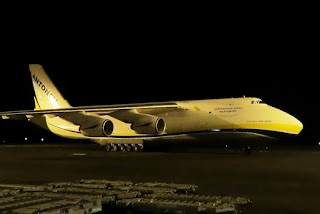 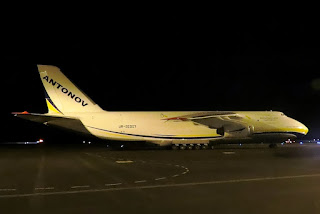 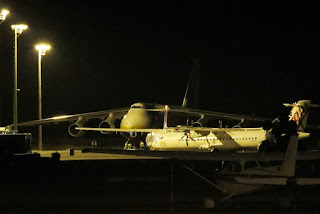 As mentioned below, this flight carried the four Republic of Singapore Air Force (RSAF) Boeing AH-64D Apache helicopters - serials '066', '062', '067' and '060' - which had been deployed to Rockhampton during the Singapore Armed Force's Exercise Wallaby 2016, along with their rotor blades and other equipment.

As mentioned many time before, the AN-124 is expected to return twice more to Rocky over the coming days, arriving back at Rockhampton Airport on Sunday 13 November and next Thursday 17 November, again touching down around 8.00am each time and departing around 11.00pm on the same day.

Sincere thanks to local plane spotter 'IAD' for taking the time to capture and send through these great photos of the Antonov as was preparing to depart.