On Monday 7 November, Royal Australian Air Force (RAAF) Boeing B737-7DF(BBJ) A36-002 was noted completing a training flight through both Bundaberg and Hamilton Island Airports as "Envoy 37". 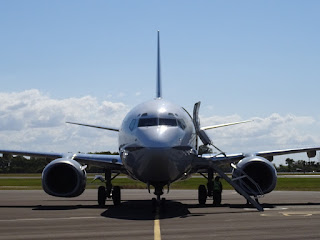 After departing Hamilton Island Airport, the BBJ was then noted completing airwork around Townsville before landing.

A36-002 completed a training flight to Bundy, along with Rockhampton Airport, in late October - as shown above.