On Saturday 5 November, Royal Australian Air Force (RAAF) Boeing C-17A Globemaster III A41-207 was spotted arriving into Rockhampton Airport from RAAF Base Amberley.  It was heard to be using the radio callsign of "Stallion 53". 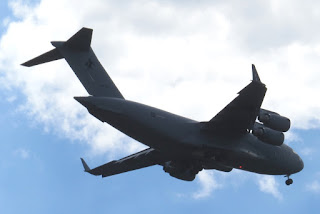 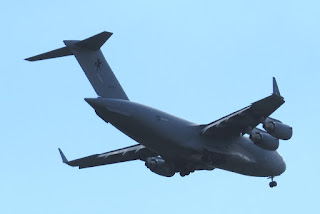 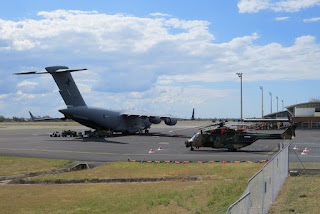 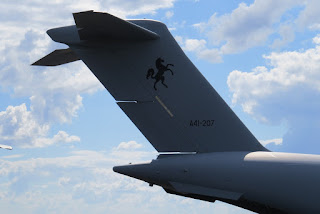 It appears that the massive transport aircraft, operated by the RAAF's 36 Squadron at Amberley, came to Rocky to collect troops and their freight after they had been involved alongside the Singapore Armed Forces in the bilateral ship-to-shore Exercise Trident which has run in conjunction with Exercise Wallaby 2016. 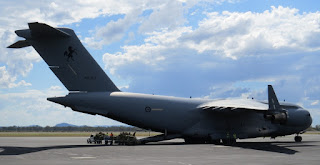 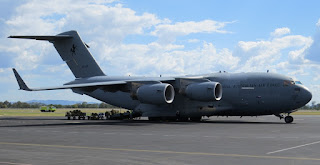 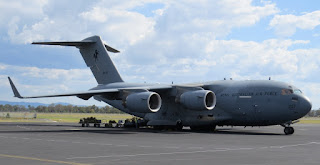 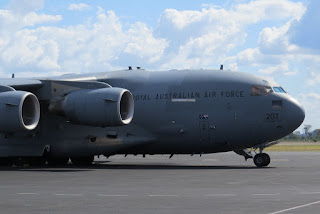 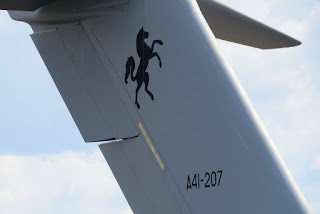 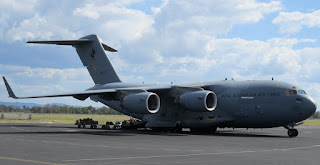 After loading was complete, the C-17 departed to Darwin again as "Stallion 53". 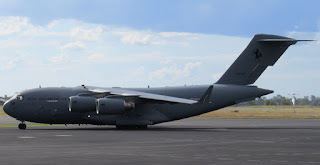 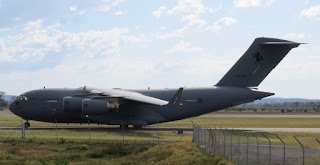 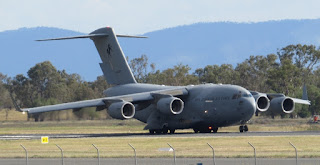 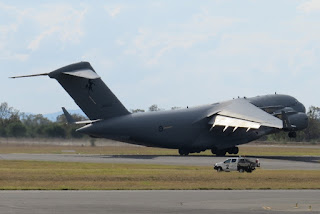 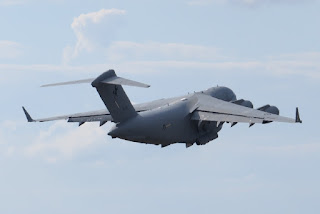 All photos taken by Kayanne Hardsman  ©
Posted by Damian F at 9:25 PM