A nice surprise arrival into Gladstone Airport on Saturday 12 November was American-registered Eurocopter EC-130B-4 helicopter N716LY.  It looked to arrive from North of Mackay via a brief stop on top of a local mountain! 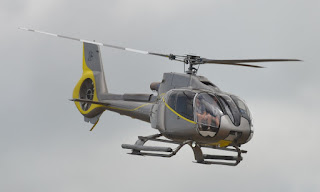 N716LY is registered to DV International Aviation at Grand Rapids, Michigan in the United States however has been noted operating in New Zealand on occasion over the last year or so.

After taking on fuel, N716LY continued to the South and was thought to have landed possibly at the Rivergate Boat Yard on the Southern side of the Brisbane River near the Gateway Bridges. 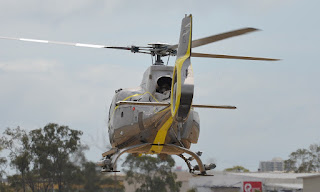 All photos taken by Michael Fleetwood  ©
Posted by Damian F at 9:19 PM