On Monday 21 November, Gulf Coast Aviation Cessna 510 Citation Mustang VH-KXM once again called into Longreach Airport while venturing North from Bankstown Airport to Vanrook Station near Normanton.  It was spotted below preparing for departure. 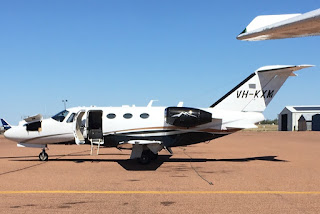 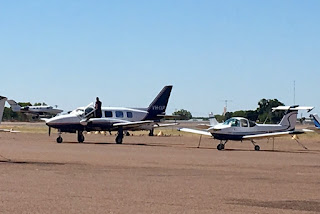 Finally, it's worth noting that General Aviation Maintenance (GAM) has swapped their AeroCommander 500-S aircraft based at Emerald Airport that operates the week-daily freight flight to Barcaldine and Longreach Airports.


Late on Friday 18 November, VH-YJS departed Emerald Airport for Brisbane.  It was replaced by VH-UJI which touched down from Brisbane late on Sunday 20 November.  VH-UJI was noted operating from Emerald Airport to Barcaldine and Longreach and back on Monday 21 November.