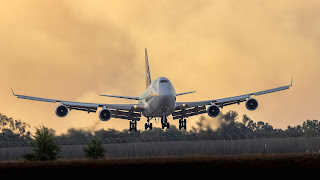 It arrived direct from Darwin as QFA1374 after it had earlier positioned empty from Sydney as QFA6161. 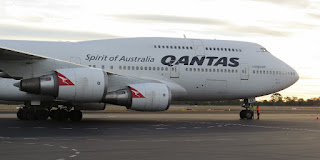 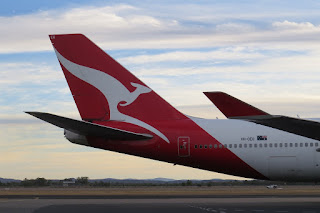 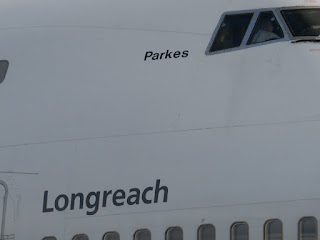 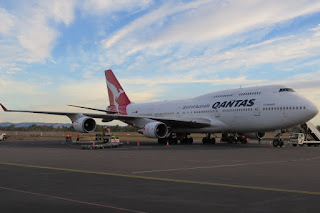 After unloading passengers and cargo, VH-OEG was being prepared for an overnight stay at Rockhampton airport with it due to depart to Adelaide around 8.30am on Thursday 6 June. VH-OEG will the return to Rockhampton airport later in the afternoon before it then departs to Sydney. 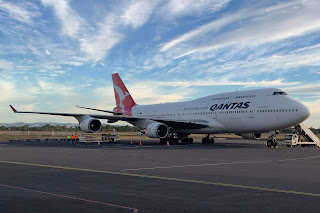 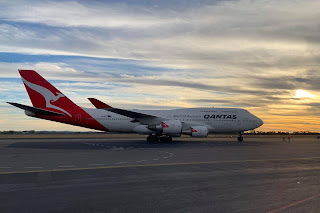 Of interest, VH-OEG is one of seven B747-400 jumbo jets that Qantas still operate with fellow B747-400 VH-OEB retiring from service at the start of the week.  VH-OEB was the airline's oldest Boeing B747-400 and is pictured (below) soon after pushing back at Sydney Airport late on Sunday 2 June in preparation for her final passenger flight destined for San Francisco (SFO/KSFO). 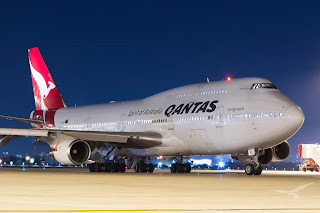 VH-OEB was delivered to Qantas in 1998 and was originally in service with Asiana Airlines as HL7416 since 1993.  It was also the first jumbo in the Qantas fleet to be powered by 4x GE CF6-80 engines.

VH-OEB is also pictured (below) visiting Rockhampton Airport in 2013 in support of the Singapore Armed Forces during Exercise Wallaby. 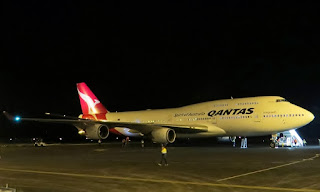 Sincere thanks to the local plane spotters for taking the time to capture and send through these great photos of a great visitor to Rockhampton Airport.