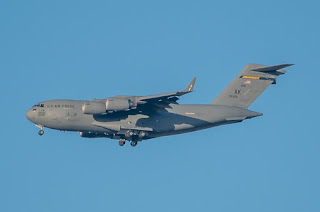 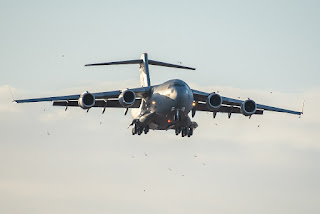 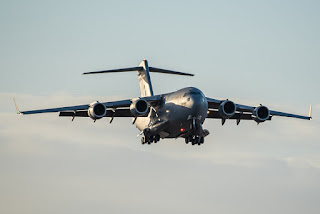 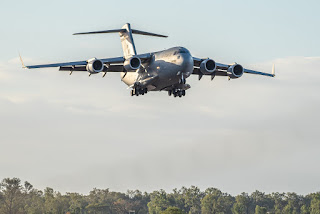 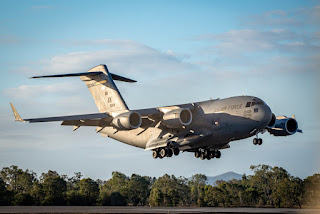 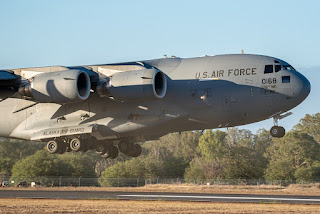 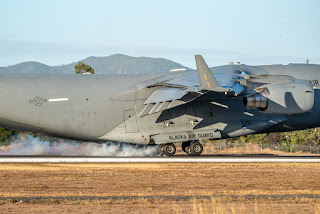 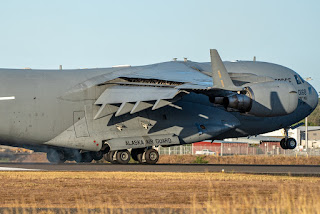 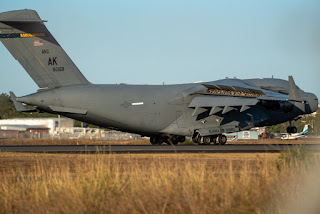 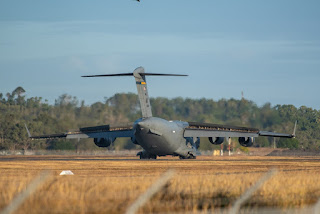 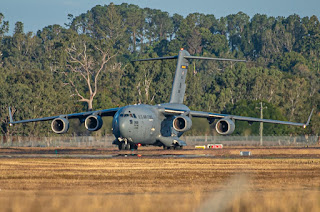 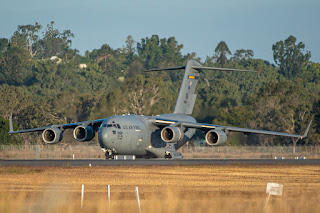 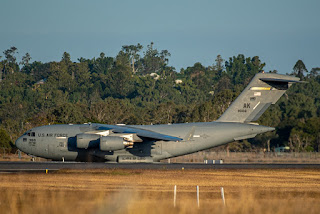 It arrived from Hickam Air Force Base in Honolulu, Hawaii as "Trek 24" and was parked on the Gate 6 on the Southern end of the Rockhampton Airport parking apron. 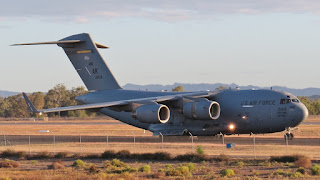 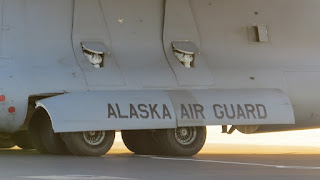 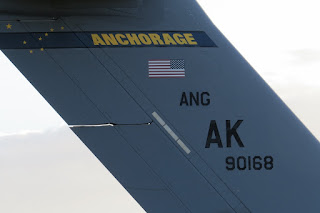 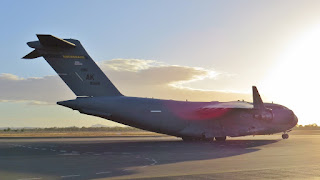 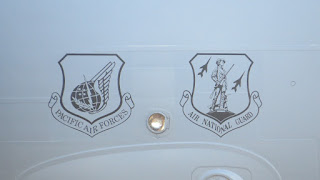 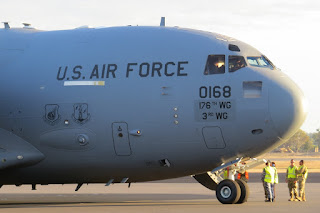 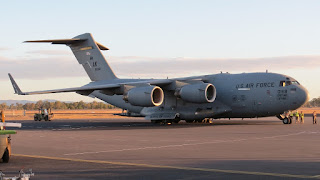 Almost immediately, the Globemaster was closed up and pitot tube covers were put in place, with it definitely looking to be spending the night parked at Rocky. 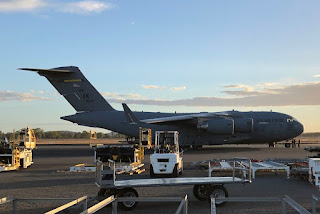 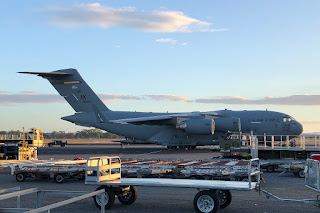 At the time of writing, the reason for its visit is not known, although some equipment was unloaded presumably for the upcoming joint Military Exercise Talisman Sabre 2019 (TS19).  Also, a possible departure time, is not known.

Of interest, 99-0168 is flown by The 517th Airlift Squadron (517 AS) which is part of the 3rd Wing at Joint Base Elmendorf-Richardson in Alaska. 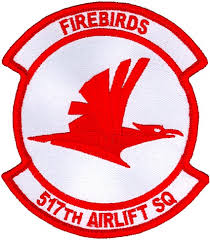 Finally, it's also worth noting perhaps that earlier on Sunday 30 June, fellow USAF C-17A Globemaster III 05-5147 as "Trek 68" was noted arriving into RAAF Base Amberley from the North.

Sincere thanks to local plane spotters Daniel B and Kayanne H for taking the time to capture and send through these great photos!