As seems to happen with this aircraft, Bechtel Corporation Dassault Falcon 900EX N970SF snuck into Gladstone Airport early on Tuesday 5 February.  Jamie C awoke early to take a photo of the Falcon as it sat on the lower apron at Gladstone Airport.  Reports suggest that it is still there! 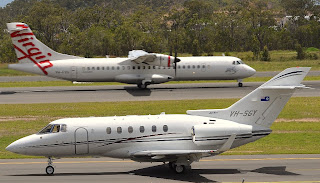 QantasLink Dash-8-Q400 VH-QOV was photographed departing Gladstone for Brisbane - Jamie also managed to take a shot of VH-QOV as it overflew the Airport - complete with prop-tip vortices! 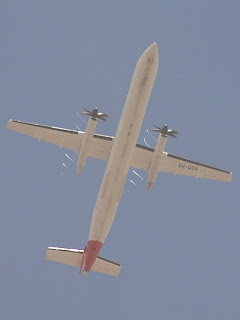 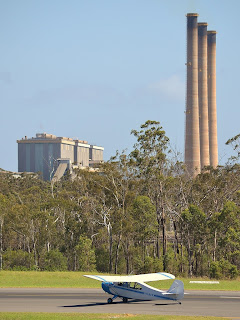