Emerald Airport on Tuesday Afternoon - On My Way to the Avalon Airshow!

I didn't spend too much time at Emerald Airport on Tuesday 26 February as I was due to fly to Melbourne for the Australian International Airshow at Avalon.  However, while I was at the Airport I noted with great delight that the recent upgrades and redevelopments - especially to the Airport tarmac and apron areas - were all but finished. 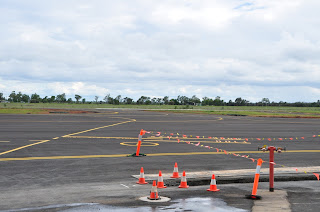 As shown above, a new taxiway has been opened, which provides another link to the main Runway 06/24 at Emerald.  The photo also shows one of the four new clearly marked extra gates at Emerald Airport - Gates 3 to 6.

It was great to even spot Toll Express Freight Metro III VH-UZP parked on the new apron area as it awaited its load of cargo to fly out to Biloela / Thangool Airport and then Brisbane. 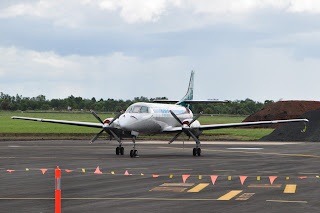 Meanwhile, I flew out on Alliance Airlines (operating for QantasLink) Fokker F-100 VH-FKK which operated my flight as QLK2415. 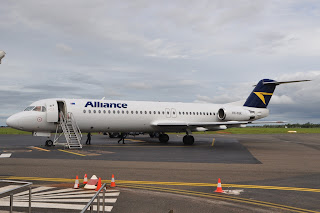 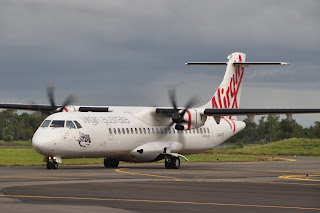 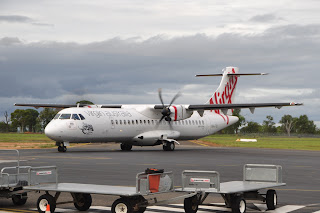