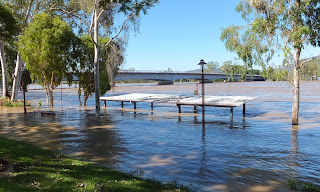 Late on Friday 1 February, Rockhampton Airport was closed to all domestic and other aircraft due to a higher than predicted flood peak of 8.7m in the Fitzroy River. 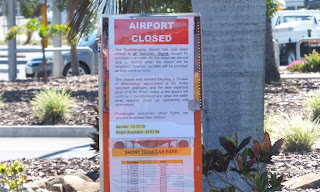 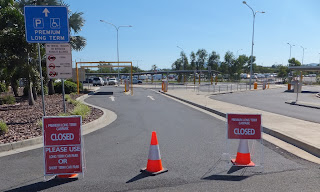 Flood water was encroaching on the main Runway 15/33, with water also sighted across the smaller cross-Runway 04/22.  Rockhampton Plane Spotter 'IAD' was out early on Sunday 3 February and sends through a couple of photos of the flooding that was affected Rockhampton Airport. 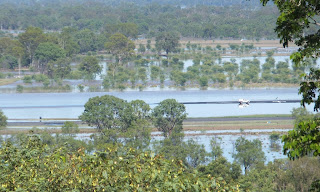 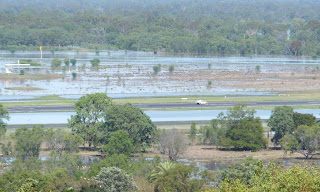 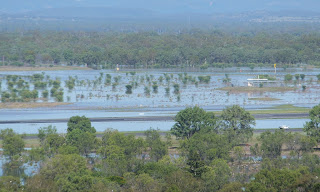 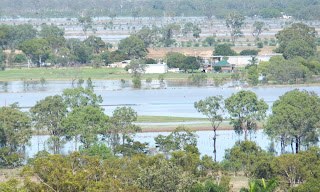 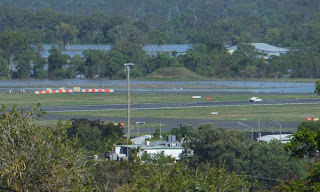 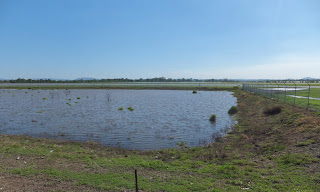 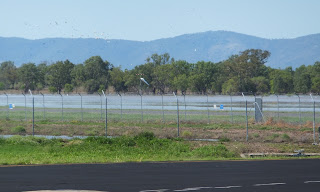 Although, with the flood-peak seemingly past, and the flood level at the Fitzroy River falling, Rockhampton Airport was re-opened to turbo-prop passenger services on Sunday 3 February.  QantasLink Dash-8-Q300 VH-TQM was the first aircraft to touch down on Runway 15 - under the close eye of safety officers. 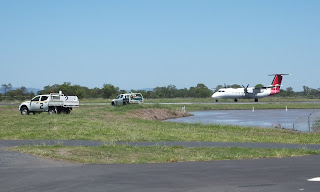 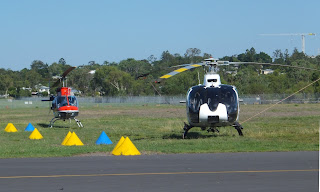 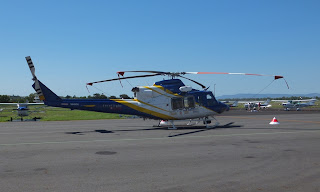 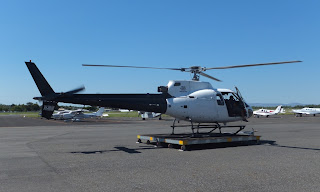 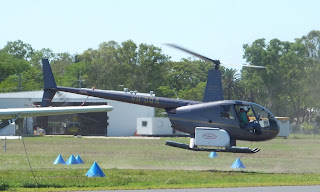 Thanks 'IAD' for the photos - even the artistic ones! 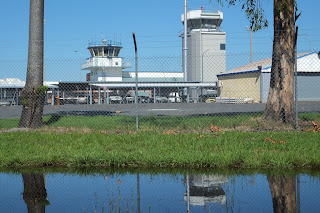