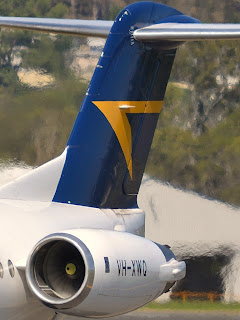 Alliance Airlines Fokker F-100 VH-XWQ was first to touch down mid-afternoon, operating for QantasLink as UTY2332 (QLK2332) from Brisbane. 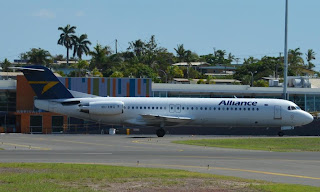 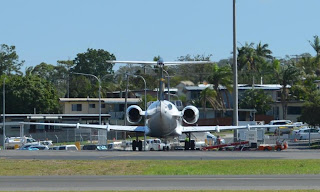 It was quickly turned around and departed back to Brisbane as UTY2333.  Jamie C captured some great photos of the departing Fokker! 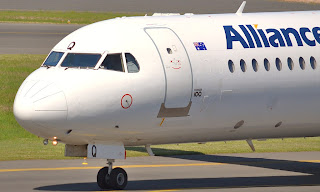 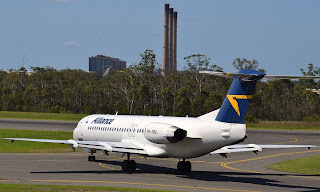 Michael F decided to try out his new camera lens and captured some lovely images as VH-ZPD departed back to Brisbane as VOZ1718. 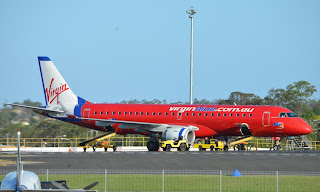 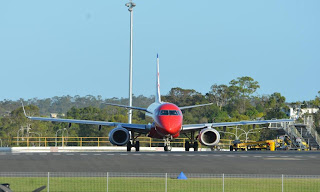 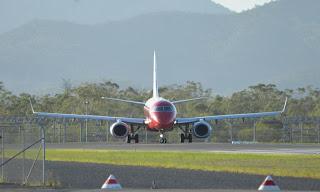 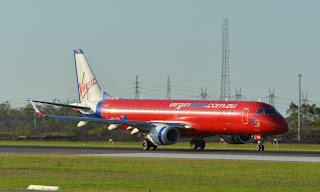 Then later still, QantasLink (Cobham Aviation) Boeing B717-200 VH-NXI was photographed arriving into Gladstone from Brisbane as QJE1716.

VH-NXI capped off a great afternoon of jet action at Gladstone Airport.

A couple of light aircraft at Gladstone Airport during the afternoon of Sunday 3 February included Cessna 182 VH-CLZ and Cessna 172 VH-CBC. 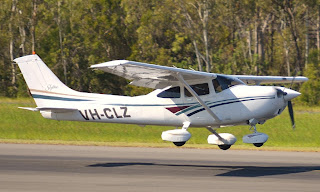 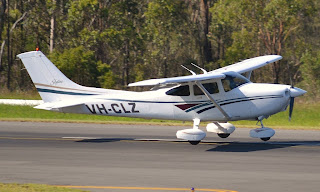 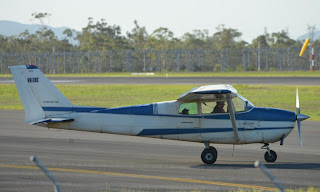 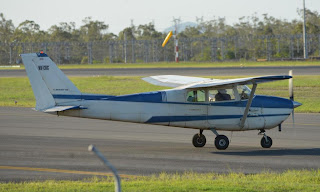 Reid Heliwork Bell 206L-3 VH-CWQ was spotted again, this time along with Agusta 206B VH-BCX which is also operated by Reid Heliwork. 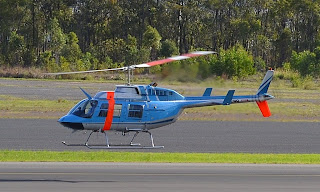 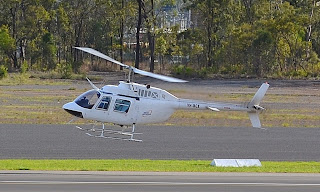 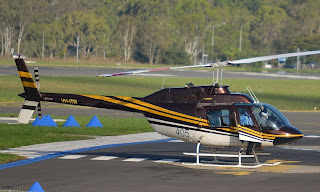 All photos taken by Jamie C and Michael Fleetwood  ©
Posted by Damian F at 7:24 AM