During the evening on Monday 2 September, Alliance Airlines recently delivered Fokker F-70 jet VH-NUU was noted making its first visit into Central Queensland (and first commercial flight) since its delivery to Brisbane around a fortnight ago, completing the weekly UTY4078/4079 Fly-in Fly-out (FIFO) charter flight into Emerald Airport from and back to Brisbane via the Sunshine Coast. 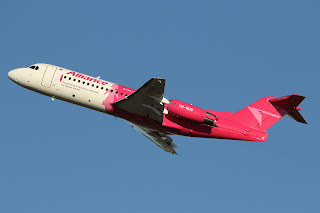 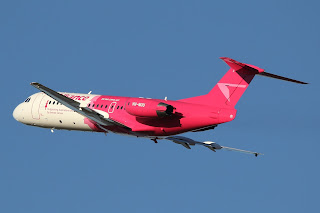 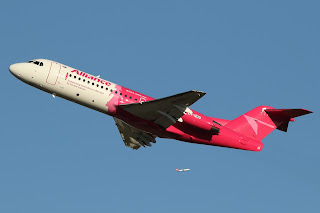 It was photographed above and below departing Brisbane and then making a spectacular arrival into the Sunshine Coast. 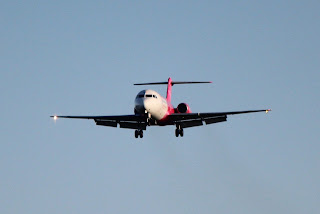 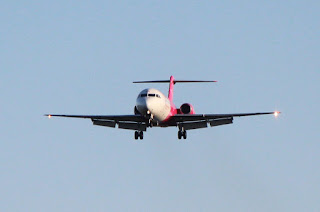 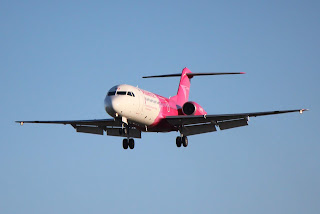 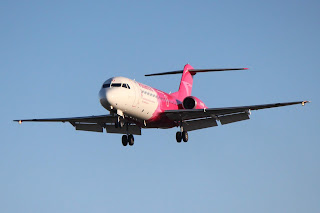 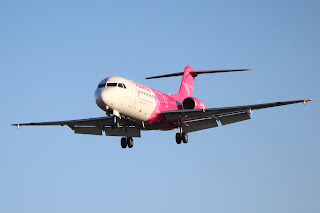 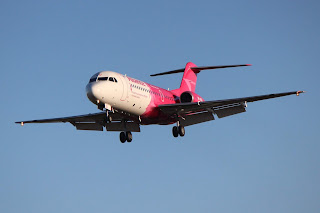 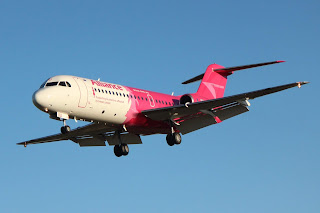 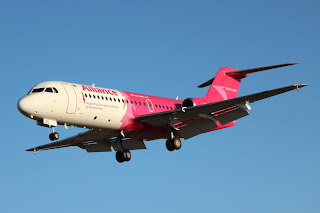 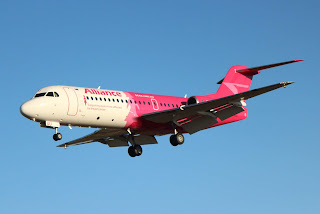 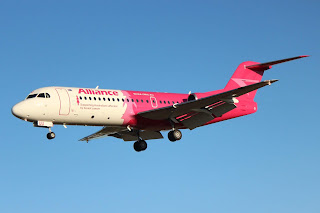 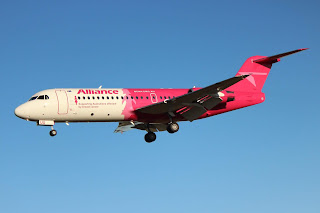 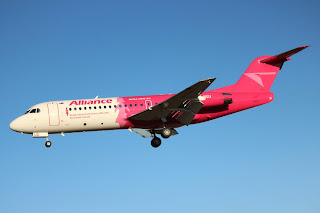 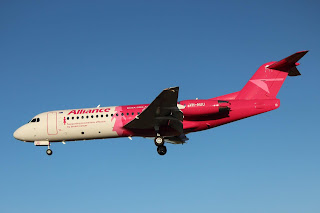 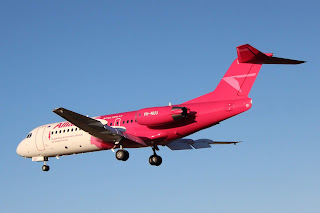 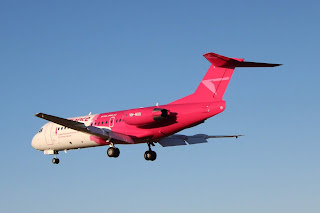 As can be seen in these spectacular photos, Alliance Airlines is continuing its partnership with Breast Cancer Network Australia (BCNA) by operating this specially themed Fokker F-70 VH-NUU in full BCNA colours - supporting Australians affected by breast cancer.  The distinctively coloured F-70 named 'Pink Lady' has been designed by Lila Design in Tilburg, The Netherlands (EU).

Of interest, VH-NUU was registered to Alliance Airlines at the start of this year having being stored at Bratislava wearing the registration marking of OE-LFJ and in Austrian Airlines (Austrian Arrows) livery.

UPDATE!  VH-NUU was back at Emerald Airport early on Tuesday 3 September, again operating the closed FIFO charter flight from and back to Brisbane via the Sunshine Coast but as UTY4072/4073.

Sincere thanks to Brisbane-based plane spotter James S and the Sunshine Coast Plane Spotting Facebook page for allowing us to share their great photos of VH-NUU!  I personally look forward to seeing it myself!