As predicted below, on Friday 27 September, Royal Australian Air Force (RAAF) Boeing P-8A Poseidon Maritime Surveillance Aircraft A47-001 was back in CQ flying down from Townsville and completing airwork at CQ Airports while on a 'return' flight to RAAF Base Edinburgh in South Australia. 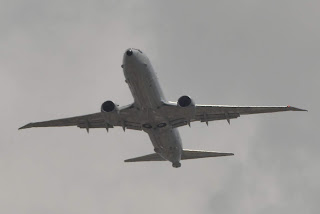 Local plane spotter 'JM' was on hand and captured some great photos as the Poseidon completed a missed approach at Mackay Airport. 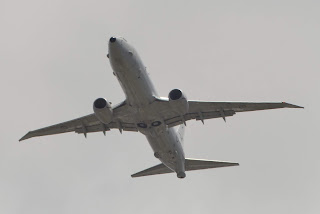 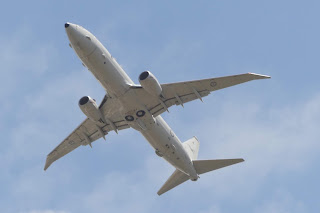 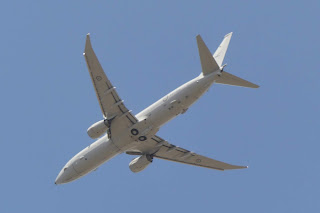 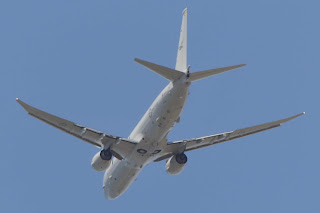 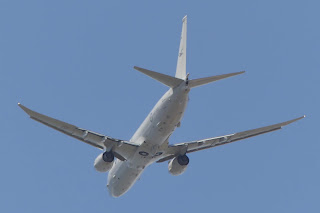 It looked to earlier fly down from Townsville and Hamilton Island Airport before completing airwork at Mackay Airport.  From there, it looked to continue South to also completed airwork at the Sunshine Coast and possibly Tamworth in New South Wales, before it returned to Edinburgh.

As posted below, A47-001 - flying as "Mariner 02" - headed North on Thursday 27 September with it completing airwork at RAAF Base Amberley and Rockhampton Airport while heading up to its overnight stay at Townsville.