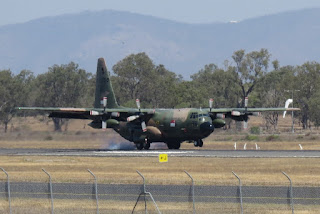 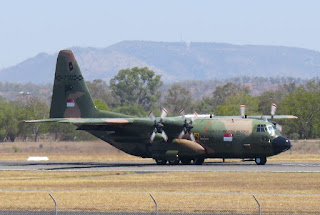 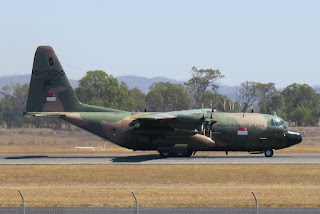 Reports suggest that at least one RSAF Herc will be based at Rocky during the Singapore Armed Force's forthcoming Exercise Wallaby 2019.

Meanwhile, also on Wednesday 18 September, the four Aerospatiale / Eurocopter AS332M Super Puma helicopters, which arrived into Rockhampton Airport the previous day on board the giant Volga-Dnepr Antonov AN-124-100 RA-82044, were spotted having their rotor blades fitted in preparation for test-flights which are presumed to start occurring in the coming days. 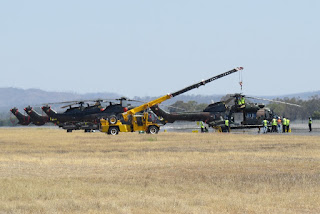 While the AN-124 is expected to returned to Rockhampton Airport early on Thursday 19 September, this time with the four RSAF Boeing AH-64D Apache helicopters on board.