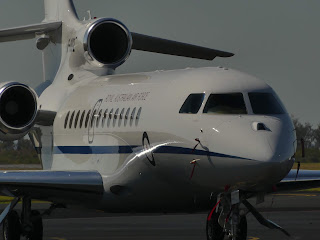 The sleek Falcon 7X was photographed above and below by local plane spotter ‘JM’ still parked on the Mackay Airport parking apron early on Tuesday 17 September. 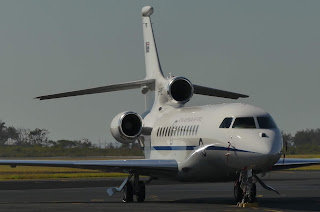 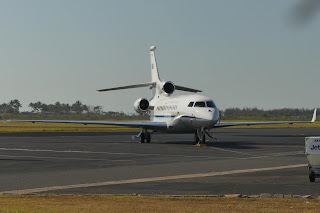 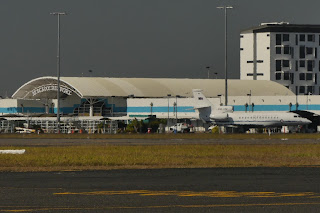 As mentioned previously, of interest A56-002 is the second of three leased Dassault Falcon 7X bizjets acquired to replace the three Canadair Challenger 604 bizjets previously operated by 34 Squadron.  A56-002 arrived in Canberra from overseas in early June and joins A56-001 which has been in Australia since mid-April and A56-003 which was delivered in August.

Sincere thanks to local Plane spotter ‘JM’ for taking the time to capture and send through these great photos!