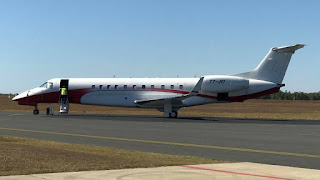 It arrived from Darwin after having arrived there from Surabaya (Juanda) two days prior.

At the time or writing, the sleek Legacy bizjet remains parked at Prosie.

Meanwhile, also on Thursday 5 September, the other nice corporate bizjet to visit Proserpine (Whitsunday Coast) Airport in the form of Singapore-based American-registered Gulfstream Aerospace G-V bizjet N881HS, was noted departing Prosie for Cairns.  It then continued to Singapore (Seletar) Airport. 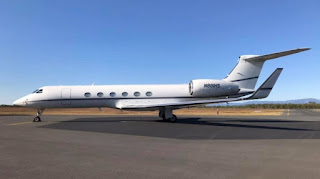 As mentioned below, N881HS had arrived from Seletar via Darwin on Wednesday 4 September.